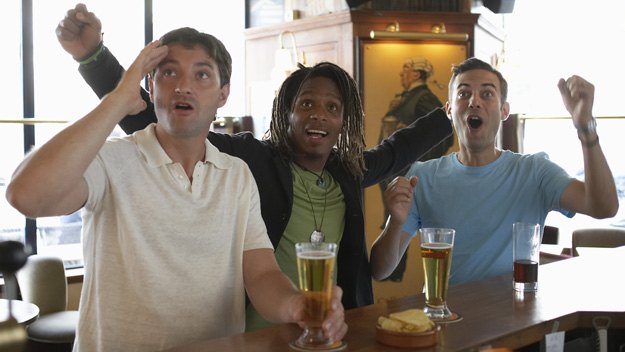 There is no better place in San Francisco to watch sports if you are a fan of the Pittsburgh Steelers. That's because Giordanos Bros. has been proclaimed the official Steelers Bar of San Francisco by Pittsburgh's city council. But when the NCAA basketball tournament begins, the one team many patrons might be rooting for is Villanova, whose campus is located just outside of Philadelphia and has been ranked in the top 10 the entire season. This popular spot in North Beach carries several TV sports packages, including March Madness pay per view and ESPN. Girodano Bros. is best known for the "All in One" sandwiches, with bread from the neighboring Italian French Bakery and stuffed with the meat of your choice, french fries and coleslaw.

Related: Best Bars To Watch Basketball In The Bay Area 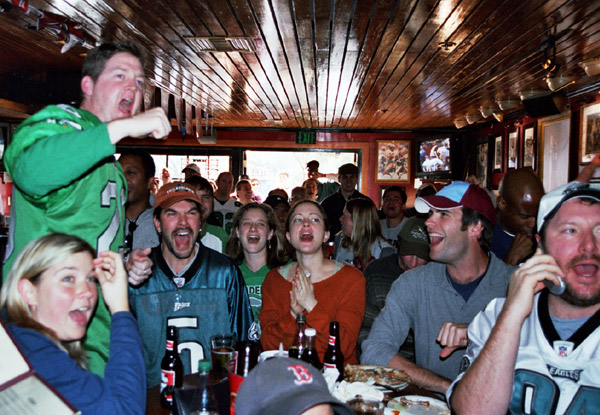 Located across from the former home field of the San Francisco 49ers, Kezar Pub has been previously ranked as the best sports bars in San Francisco.
With multiple TVs in two separate rooms, this popular sports bar in the Haight-Ashbury district draws fans of the Giants and 49ers, as well as fans of other teams and sports, particularly soccer. If local collegiate teams like Stanford and Cal don't make it to the "Big Dance," you might see patrons rooting for other regional teams like Gonzaga and Arizona, both currently ranked in the top 10. Kezar Pub carries more than 20 TV sports packages, including ESPN U and ESPN Full Court. Loyal patrons insist this pub serves the best chicken wings in the city.

Located across from AT&T Park, Pete's Tavern describes itself as the "Premiere Sports Bar in San Francisco," and in more ways than one backs up that claim. With a capacity of about 1,000 patrons, it might be the largest and is always packed with Giants fans, especially after a home victory. Pete's has 22 flat-screen TVs spread across two levels and its large, u-shaped bar allows patrons greater access to order a drink. Nearly 30 types of beer are available, as well as signature cocktails and wines from award-winning Bay Area wineries, such as St. Francis Winery and Francis Ford Coppola Winery. Pete's Tavern has an outstanding food menu, including sliders, sandwiches and burgers, pizza and salads. 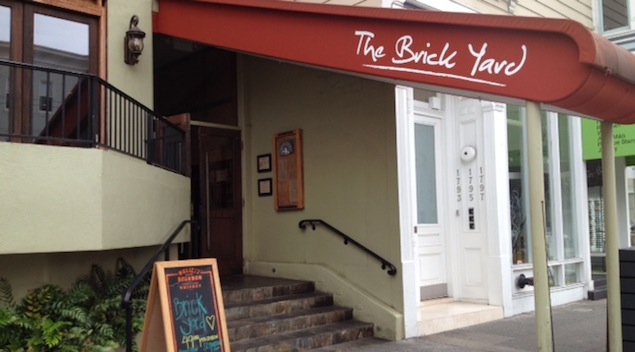 If you're a fan of the Arizona Wildcats, this is your place for March Madness. That's because the general manager is a former Wildcat and will be cheering for her favorite college team to make a fifth appearance in the Final Four and possibly a second national championship. Several beers are available on tap or bottle, along with wine selections and an impressive list of hand-crafted cocktails, some with San Francisco sports themes - Bleed Orange and Black with reposado tequila and blood orange soda, Bye Bye Baby with rum and pineapple juice and Mule 49 with schnapps, lemon juice and grapefruit juice. The Brick Yard's restaurant serves outstanding dishes for dinner nightly, along with an exceptional weekend brunch.

The Taco Shop at Underdogs is possibly the best rated, most reviewed sports bar in San Francisco. This widespread praise can be credited to owner Nick Fasanella, a graduate of the prestigious Culinary Institute of America in Hyde Park, whose past culinary experience includes work at two James Beard award-winning restaurants. His signature creation is a crispy taco - an item so popular that it could be a nice addition on a list of foods to try at least once in San Francisco. The Taco Shop at Underdogs carries the Big Ten Network so if you're a fan of top 10-ranked Wisconsin, Michigan State, Ohio State or Michigan, this might be your place to watch the NCCA tournament.

Related: The Best Places To Watch Each Pro Football Team In San Francisco
Randy Yagi is a freelance writer covering all things San Francisco. In 2012, he was awarded a Media Fellowship from Stanford University. His work can be found on Examiner.com Examiner.com.