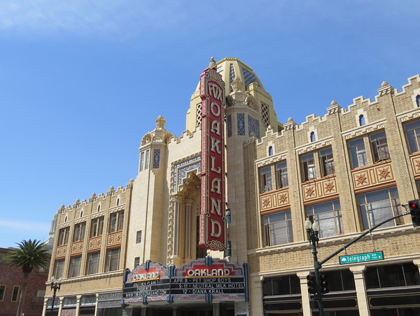 Located on the UC Berkeley campus, the Berkeley Art Museum is one of the largest and most celebrated university art museums in the country. The museum's collection features more than 16,000 works of art and 14,000 films and videos in the Pacific Film Archive and annually hosts approximately 20 art exhibitions and nearly 400 film programs. Among the highlights art lovers can enjoy are priceless Chinese paintings from the Ming and Qing dynasties, Baroque paintings, early American paintings and Expressionist paintings, including works from Jackson Pollock, Helen Frankenthaler and Mark Rothko. The Pacific Film Archive houses one of the country's leading major film reference services at the Library and Film Center Study, in addition to the 234-seat Pacific Film Archive Theater, the top visual arts venue on campus. The Berkeley Art Museum and Pacific Film Archive is slated to move into a new $100 million state-of-the-art building in 2016.

One of the most popular shopping and entertainment centers in the Bay Area, Jack London Square features a number of locally owned art galleries and historical attractions. The enormous square runs 10 blocks along Oakland's historic waterfront and is named after Jack London, the city's most famous author, who penned the American classics "The Call of the Wild," "Sea Wolf" and "White Fang." London spent much of his boyhood in what is now Jack London Square. Art lovers will enjoy viewing a bronze statue of the acclaimed novelist, a replica of his former Klondike hut and his favorite childhood hangout – the legendary Heinold's First and Last Chance Saloon. In addition to exhibitions at Jack London Square art galleries such as Loakal Art Gallery and Boutique, other top attractions include the USS Potomac, President Franklin Roosevelt's "Floating White House," Lightship LV 605, Relief (a floating lighthouse) and the 18-foot-tall bronze sculpture of Cheemah, Mother of the Spirit Fire.

Featuring permanent collections in three distinct disciplines - art, history and nature - the Oakland Museum of California has been a popular destination for more than 40 years. Located near the city's famed Lake Merritt with convenient access to public transportation and underground parking, the 300,000-square-foot museum is one of the Bay Area's leading cultural institutions. The museum's art gallery holds one of the world's largest collections of California art, with a particular emphasis in 19th century landscape painting. Among the prominent artists whose work is part of the permanent collection are Richard Diebenkorn, Edward Weston and Dorothea Lange, featuring her personal archives of about 25,000 negatives and more than 10,000 prints. The Oakland Museum of California is also well known for its wildly popular White Elephant Sale, described as California's biggest rummage sale held annually with proceeds benefiting the museum.

Downtown Oakland is home to two magnificent Art Deco movie houses and the most famous is the Paramount Theatre. Restored to its past glory of the Golden Age more than 40 years ago, the 3,040-seat Paramount Theatre is now home to the Oakland East Bay Symphony and the Oakland Ballet, in addition to hosting a number of classic movies and live events. The last of the studio-owned theaters and largest on the West Coast, the theater's interior, especially its grand lobby, is regarded as one most glamorous and breathtaking displays of Art Deco remaining in the country. Public tours of one of Oakland's signature landmarks are available on the first and third Saturdays of every month, with the exception of holidays and holiday weekends. Art lovers visiting Oakland should also set aside time to visit the city's other Art Deco theater, the equally impressive Fox Theatre Oakland, a few blocks away. Across the street from the Fox Theatre is Oakland's Uptown Art Park, a temporary outdoor gallery featuring sculptures from local artists.

The largest bronze monument West of the Mississippi, the Remember Them Monument honors 25 of the world's most respected and beloved humanitarians. Located in the Henry J. Kaiser Memorial Park, the enormous sculpture by local artist Mario Chiodo measures 31 feet high, 52 feet wide and weighs over 60,000 pounds. Among the prominent humanitarians immortalized in the four-section monument are Mahatma Gandhi, the Rev. Dr. Martin Luther King Jr., Abraham Lincoln, Rosa Parks, Cesar Chavez, Nelson Mandela, Mother Teresa and Harvey Milk. The monument is open to the public and is just one block from the Fox Theatre, at the corner of 18th and Rashida Muhammad Streets.