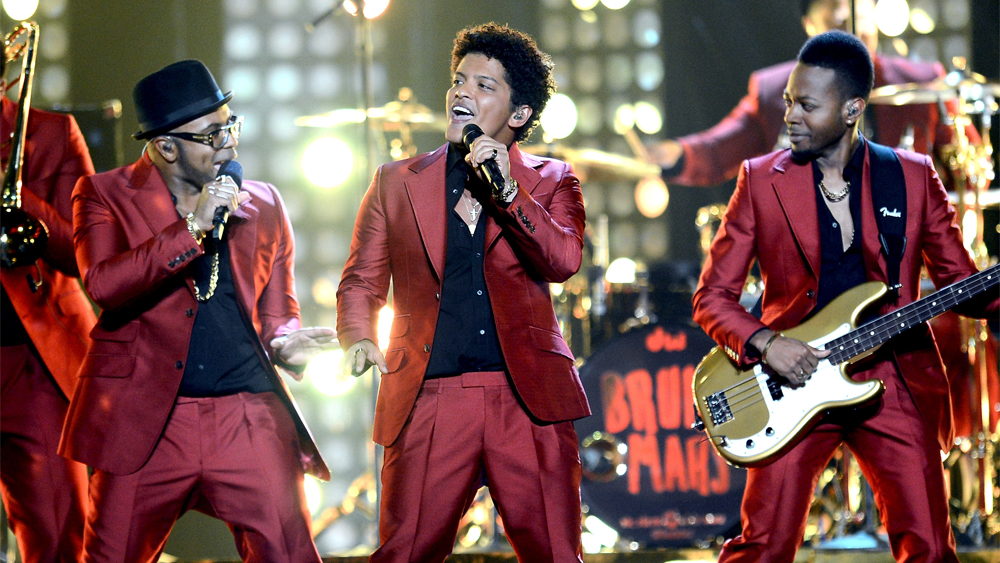 It is just over half way through the year so we asked the music experts at CBS Radio for their picks of the best albums of 2013 … so far.

HERE ARE THEIR PICKS:

Bruno Mars - Unorthodox Jukebox
My favorite album that i bought this year is Bruno Mars, Unorthodox Jukebox. I love the old school vibe of the songs. His live performances just blow me away - such style and ease - and every time I listen to the record I think, oh, this is my favorite song on here, and then the next one comes on and I think - no, wait, this one is my favorite, and then, oops, forgot about this one - and so on.

David Bowie - The Next Day
I'm a huge Bowie fan, I bought this the day it came out.

Bruno Mars - Unorthodox Jukebox
There really isn't any artist out right now who sounds so good singing EVERYTHING! Not even the Justin that didn't pee into a mop bucket can pull off what Bruno can. R&B, disco, hip-hop, rock and the mandatory "I did you wrong, please come back" song are stuffed into this album. I think it's a classic.

See all of Fernando's Picks >>

P!nk - The Truth About Love
My favorite album this year is The Truth About Love by P!nk. I have this album on repeat in my car because while the title hit is SO "tough girl" P!NK, the album is a real departure for her. You definitely see a softer side to P!NK on this one especially with the Just Give Me a Reason and Try. I love that P!NK continues to push her music and reinvent herself. And I thing "Just Give Me a Reason" is destined for some major awards come award season!

Foals - Holy Fire
This is one cool band and I dig every song on it, heard they put on a great live show. My daughter's favorite album too!

See all of Steve Masters' Picks >>

Daft Punk - Random Access Memories
You've heard the single "Get Lucky" but have you actually listened to their entire album? THE album of the summer of '13 with a vibe that is totally perfect for dancing through the night AND getting lucky. And you get to learn all about one of my favorite producers Giorgio Moroder ... love the album from beginning to end. And wish it wouldn't!

See all of Surfer Spud's Picks >>

Colton Dixon - A MESSENGER
Yes I know its a Christian Album but Colton has great lyrics and incredible production definitely worth a spin ... Listen to YOU ARE ... just to get started!

Foals - Holy Fire
I remember the first time I heard Foals'-Inhaler -- I was driving to work and my mind was blown...I hadn't heard a song that epic in way too long. I immediately ran into work and told Aaron that we HAVE to play it and next thing I know it was on the air! The entire record is so much fun from huge dance numbers like 'Your Number' to more eerie songs like 'Late Night' through and through this entire record rules my life!

See all of Megan Holiday's Picks >>

Taylor Swift - Red
Because she released this at the tail-end of 2012 I'm still counting this one as one of my favorites of 2013 ... This record makes me laugh (We Are Never EVER ...) and then it also just destroys me emotionally (seriously how are Ed Sheeran fans supposed to even survive "Everything Has Changed"?) The fact that she's a genuinely good person makes me feel even better about genuinely loving Taylor Swift. (and yes I'm not joking when I say on the air all the time that I wear her perfume ... I keep a bottle in my office to use on days when I forget to put something on at home!)

Justin Timberlake - 20/20 Experience Part 1
He is definitely bringing sexy back with this album, but he is super classy about it! I definitely know how he scored a hot wife like Jessica Biel with that voice of his!

Arcade Fire - TBA
This album isn't out until October 29th. I don't know what it's called yet. I've never even heard it! For all I know it's still not finished. However, discovering that my favorite band on the planet is releasing a new record with songs produced by James Murphy is ALONE the best thing I've heard all year. I can't begin to imagine how good the actual music will be.

See all of Miles The DJ's Picks >>

Orchid - The Mouths Of Madness
This is the record everyone should have bought instead of the new Queens of the Stone Age. Mind numbing Kyuss fueled stoner guitar riffs and songs about wizards! Plus they are a local Bay Area band! What's not to love!

Bruno Mars - Unorthodox Jukebox
Why? Because it's friggin' Bruno Mars! It's jam-packed with hits and I just can't get enough of
Bruno's amazing voice.

The Limousines - Hush
An album many of us in the Bay Area helped fund through Kickstarter last year, it was absolutely worth the investment. Darker than the San Jose duo's debut, but just as accessible. Eric & Gio wre in the zone for this one. Great album.

See all of Dallas' Picks >>

Vampire Weekend - Modern Vampires Of The City
I don't even know what year it is when I listen to this album. In a good way. Plus, Ezra Koenig *swoon*

Limousines "Hush"
Their sophomore album seriously crushes in comparison to their debut. Honest songwriting with an 80's vibe.

See all of Mega Tanner's Picks >>

(Copyright 2013 by CBS San Francisco. All Rights Reserved. This material may not be published, broadcast, rewritten, or redistributed.)