BERKELEY (CBS SF) -- Anyone needing a quick and dirty introduction to life in Berkeley should examine the great email storm of 2015.

A community organizer attempting to send a test email to himself mistakenly blasted the inboxes of thousands of registered voters. The email only contained the subject line "test" and a seemingly cryptic "x" in the body of the message, but it was enough to ignite a "reply all" storm of confusion, anger and comedy that would become a viral meme ending with around 70 Berkeley residents holding a potluck picnic in the park.

According to Berkeleyside, it all started last Tuesday night when Nigel Guest, president of Berkeley's Council of Neighborhood Associations, accidentally sent the email. This may have all quietly ended if it wasn't for a large swath of recipients responding, not just to Guest, but to the entire list in what's known as an email storm.

Recipient Christopher Berry documented the slow trickling in of "reply all" emails in his inbox. "At first it was just a couple of 'who are you and how did you get my email?' messages," he said. "Then thing started to spiral out of control."

As Berry put it, a "freakout" ensued minutes later. More emails began flooding in -- largely with people pleading to be removed from the disrupting chain. One person threatened legal action, another suggested "house equipment" was "leeching on to devices" to steal email addresses. Someone also wrote, "Oohhh a mystery, we have to figure out what we all have in common."

Then about after a half an hour later, people started to lighten up and take in the hilarity behind this randomness seeping into their lives. 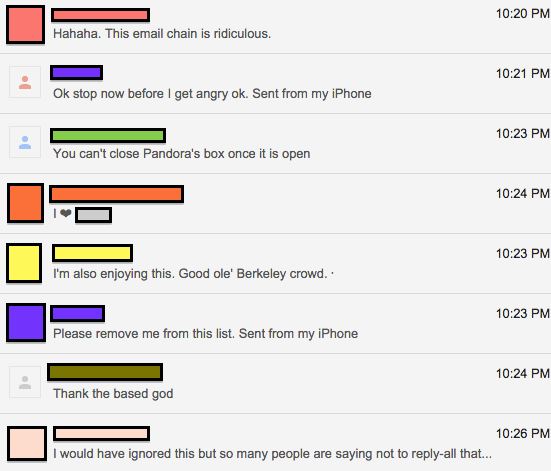 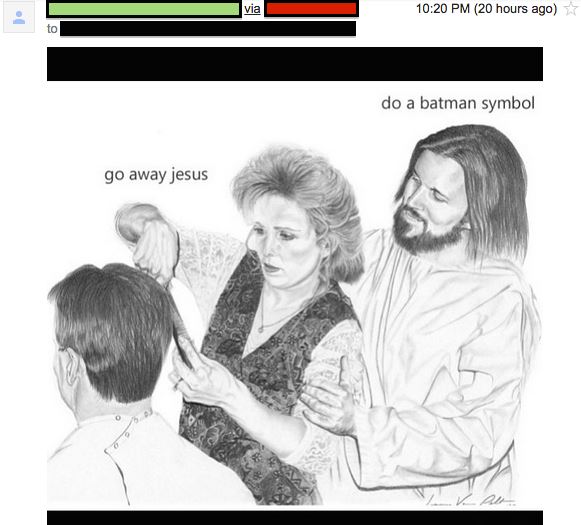 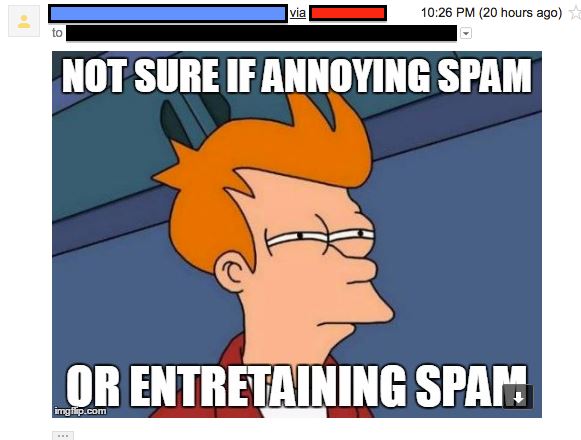 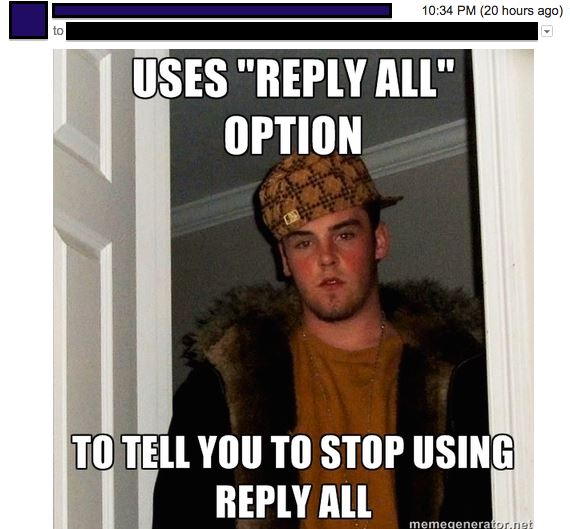 As was this fetching T-shirt. 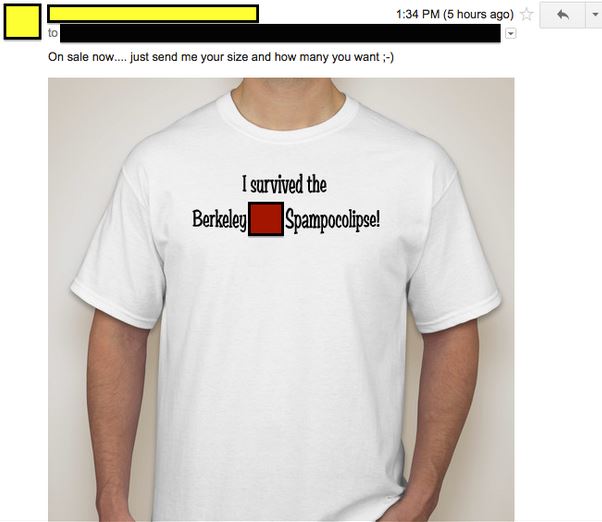 And of course, the potluck.

That same night, after about 100 emails were sent out over a four-hour period, a Facebook group was started for everyone on the chain with about 200 members initially signed up.

Guest was alerted the next day about the overnight storm he had created and sent out an email apologizing to everyone in the group, along with an important direction: "PLEASE DON'T HIT 'REPLY TO ALL'".

Regardless, some people continued to "reply all" asking to be removed from the list while others requested to join.

"Hey strangers! (lol)
Let's have a picnic this Sunday at Ohlone Park. There is a grassy area with plenty of space for 50-100 people. Please let us know below what you're bringing (be it booze, snacks, etc).
...Emailing during the picnic is highly encouraged ;)"

About 70 people attended the Sunday picnic, Berkeleyside said. The group said they want to continue meeting on a monthly basis to volunteer together and build on the community Guest accidentally created. Guest even attended the picnic and received a can of Spam as a thank you gift.

"It's really, really awesome, I've never experienced anything like it," Ben Bartlett told Berkeleyside. "Unlike social media, this was your email. It was like someone knocking on your door."