COLFAX (CBS Sacramento) -- People who head into the Sierra should never forget that it's bear country up there.

Case in point: A hungry bear attracted to something inside someone's car completely trashed the vehicle, a video from Placer County Sheriff's deputies shows.

"I came awake by missed calls and finally got a call to my wife saying 'hey we got a bear in your car,'" Dustin Clark said. 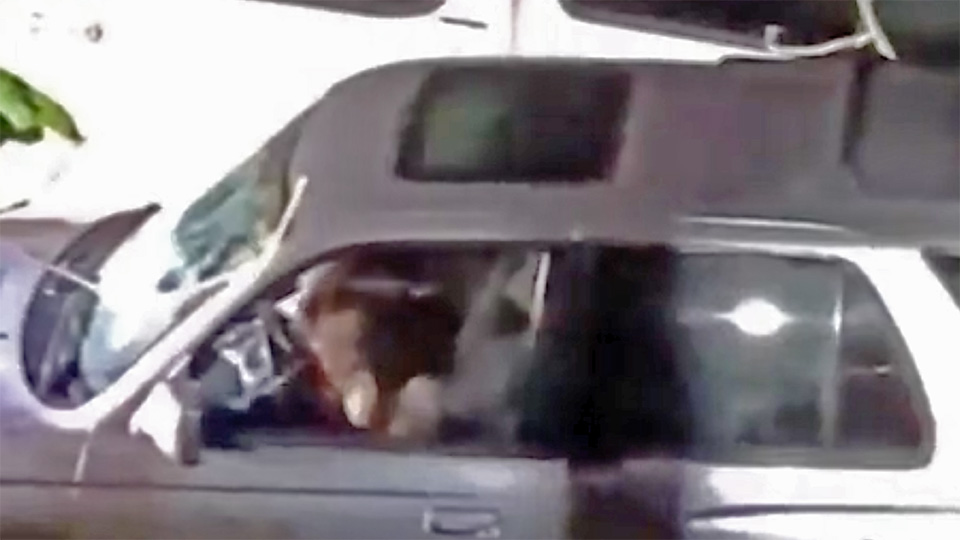 The incident happened in Colfax last Monday night, according to the sheriff's office. Deputies responded to investigate a report of suspicious circumstances but instead found a bear locked in a car.

Deputies broke out one of the car's windows to get the bear out. The bear eventually jumped out, leaving a completely torn-up car behind.

"I mean, he really pillaged and destroyed the inside of this rig we've had for 12 years that my wife loved. I still love it. Still not getting rid of it and it's just something to be aware of that this can happen anywhere," Clark said.