OAKLAND (CBS SF) -- After weeks of preparing on computer simulations, Port of Oakland officials Thursday welcomed the arrival of a massive freighter -- longer than the Salesforce Tower is high -- maneuvered under the Golden Gate Bridge and Bay Bridge before docking at the International Container Terminal.

The MSC Anna spans 1,312 feet in length - nearly a football field longer than a Nimitz-class aircraft carrier - and can carry 19,200 20-foot cargo containers. In comparison, the Salesforce Tower - the tallest building in San Francisco - is 1,070-feet tall. And proved to be a tight fit under the Bay Bridge. 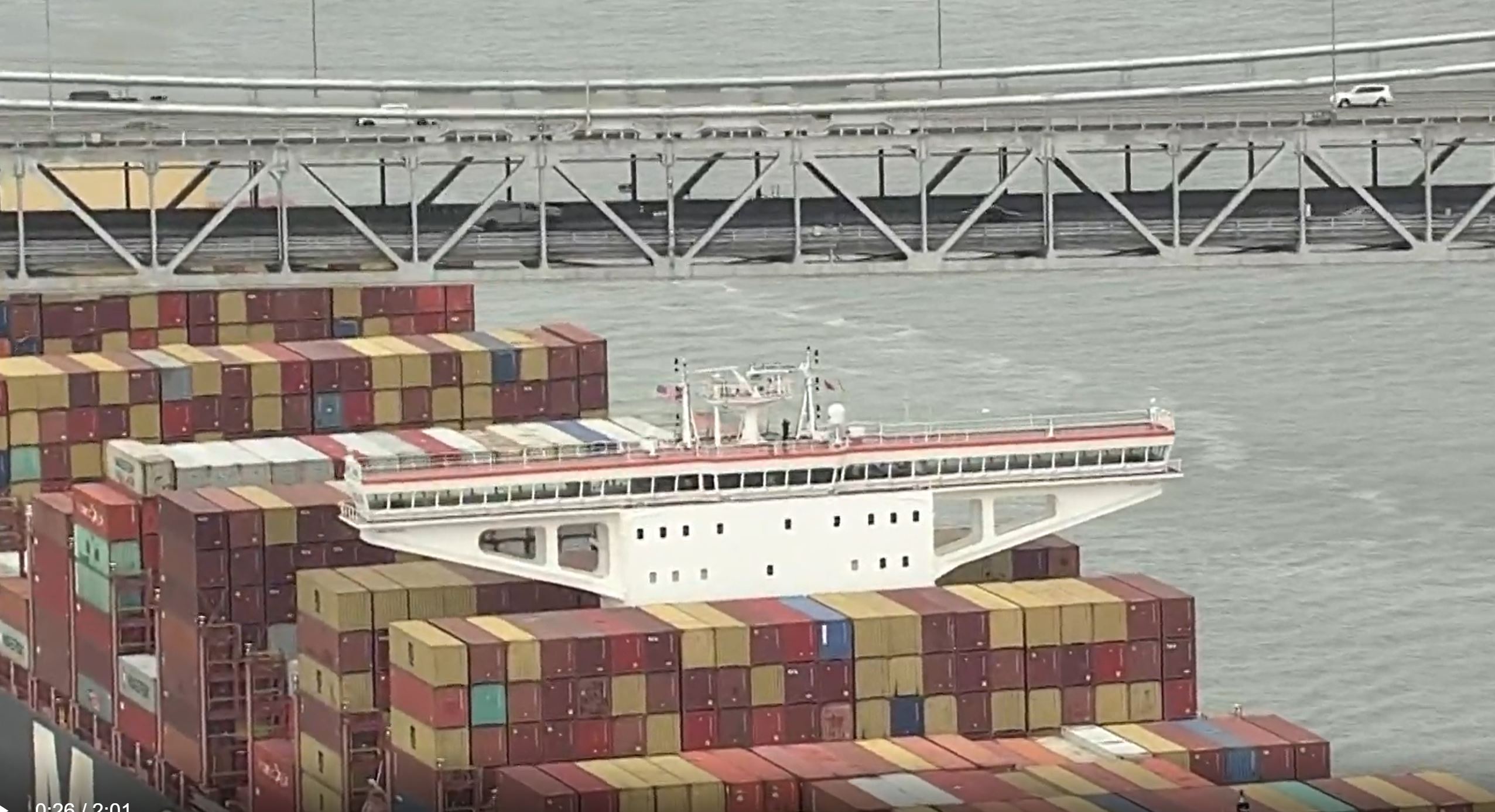 It's bigger than the CMA Benjamin Franklin which inched under the Golden Gate Bridge and then the Bay Bridge with it came to Oakland in 2016. That ship can carry 18,000 20-foot containers.

Port officials said the ship will spend 24 hours in port unloading the mostly empty containers and then taking on exports. The Anna is on a special trip to collect empty containers from Long Beach and Oakland, returning them to China.

"We've spent years and millions of dollars keeping ahead of the pace of trade and the size of ships," said Port of Oakland Executive Director Danny Wan in anticipation of the boat's arrival.

"This is an extraordinary voyage for now, but there have been hints from numerous shipping lines that vessels the size of the MSC Anna could become part of regular service," said port spokesman Mike Zampa.

In order to accommodate massive mega-ships like the MSC Anna, the port has spent the past 10 years dredging waterways and raising container cranes.

Ships of this size also require special handling by the local bar pilots who take command of vessels entering the San Francisco Bay in order to bring them safely back and forth to their berths.

"The San Francisco Bay is one of the most challenging pilotage grounds in the world and safely piloting these huge ships requires expertiseand significant training," said Long. "A ship of this size in San Francisco Bay is an immense navigational challenge. Here we have fog, we have wind, we have strong currents, we have shallow water, submerged rocks, bridges, lots of other traffic, including ferries, tug boats. There's about 9,000 ship movements a year here that happen in San Francisco Bay. It's a busy port."

The ship is so big that it waited for low tide to get under the Bay Bridge. It used four high-powered tractor tugs as it slowly slipped into the Oakland dock.

The ship's arrival coincides with a substantial drop in international trade as a result of the COVID-19 pandemic and the worldwide efforts to slow its spread.

The World Trade Organization reported last week that it expects the decline to exceed the slump caused by the global financial crisis of 2008 and could fall by as much as 32 percent in 2020.

The Port of Oakland has reported that its loaded container volume declined 7.4 percent in March compared to the same period last year. Import volume dropped 10.3 percent compared to March 2019 and exports were down 5 percent, according to the port.

The return of empty containers to Asian markets decreased 23 percent and total volume - which combines all three measures - declined 11 percent, according to the port.

Don Ford contributed to this report.