SAN FRANCISCO (CBS SF) -- Authorities on Tuesday identified the woman who was dragged to her death Monday afternoon when her dog's leash became entangled in the doors of a BART train as it departed from the system's Powell Street Station in downtown San Francisco.

The Office of the San Francisco Medical Examiner on Tuesday afternoon identified the victim in the tragic accident as 41-year-old San Francisco resident Amy Adams. 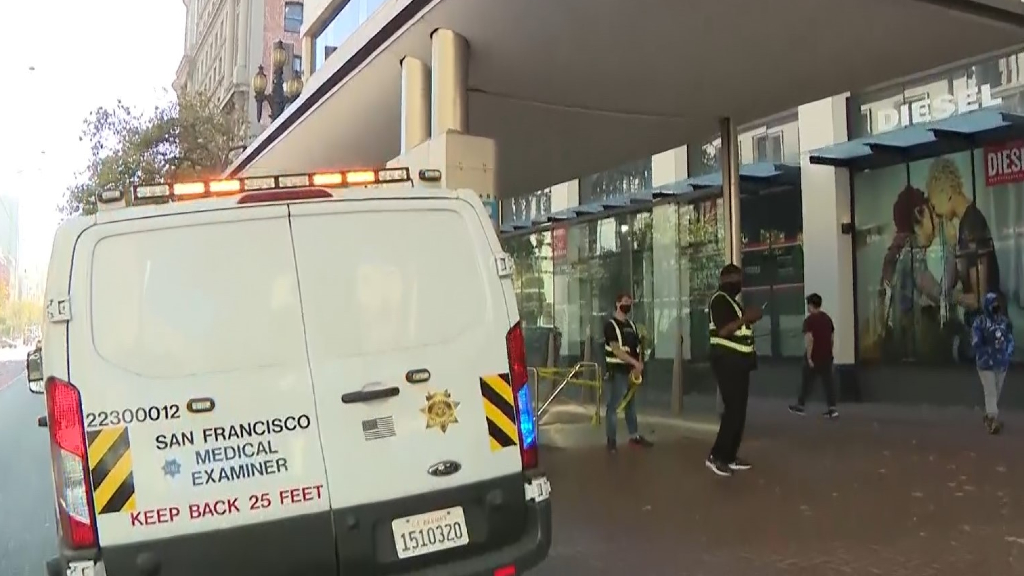 After interviewing witnesses and reviewing surveillance footage, investigators said the woman was standing on the platform with a dog tethered to her waist as a Dublin/Pleasanton bound train rolled into the station.

She boarded the train with the dog and then at the very last second -- as the doors were closing -- jumped off. She cleared the doors, but the dog and its tether did not. At the time, she appeared to be waving at someone.

As the train departed with the dog inside, the woman was dragged and pulled onto the track. The dog was not injured.

Officials said there was no visual indication the dog was a service animal, but that remained under investigation.

"This is a tragic loss of life, and we are following all safety protocols," said BART Spokesperson Alicia Trost.

National Transportation Safety Board has taken the lead in the investigation. BART officials said the agency was cooperating.