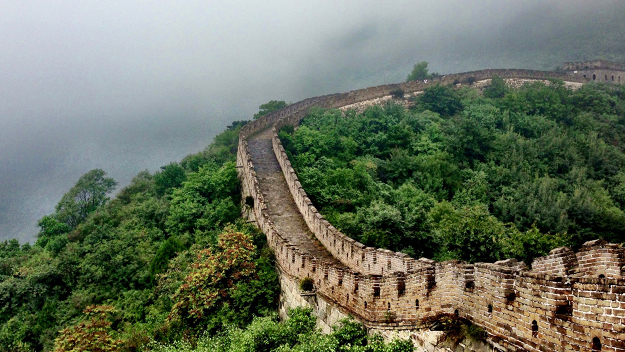 If you've been putting off a trip to China because you think it's going to be too expensive, think again. In fact, if you follow the expert advice from Cecilia Minges of Airhelp, a trip to this fascinating Asian country can be more affordable than you previously imagined. Minges' graduate work brought her to Shanghai but what was supposed to be a nine month course of study turned out to be four years living in the largest, most exciting metropolis in the world while traveling throughout Asia and the rest of the world. As an American expat who learned the ins and outs of keeping expenses low, she shares five valuable tips on how to visit China on a budget.

Minges fell in love with travel from a young age, when her parents would take her on epic road trips around the U.S. In her early teens, her wanderlust went global when she started traveling abroad to compete in international tennis tournaments in Europe, Australia and the South Pacific. Additionally, her academic career took her to the London School of Economics, where she obtained a double master's degree in global media and communications, which in turn led her to Shanghai for the second year of her program.

More than 50 countries later, her travel bug is still very much alive while currently working as the Global PR Manager for AirHelp, one of the hottest travel startups in the world.

"You can save a lot of money on your trip to China if you book directly with domestic Chinese airlines or online travel agents. Ctrip.com — which is like the Orbitz or Expedia of China — offers a user-friendly English version of its website and has great prices on travel throughout China. The website offers support in English, has integrations with TripAdvisor and offers exclusive hotel and flight deals that won't be available from U.S.-based travel websites. In addition to Ctrip, booking directly with lesser known, budget Chinese airlines like Spring Airlines — my personal favorite — can help you save a ton during your trip. Spring offers fares from as low as $25 USD one way and they accept payments by international credit cards. Lastly, there have been reports on multiple major websites that China has introduced a six-day visa-free transit program, instead of the current three-day visa-free travel standard via Shanghai, Hangzhou and Nanjing airports. This would mean that Americans who wanted to visit these cities and provinces would not have to apply for standard Chinese tourist visas, which would save them hundreds of dollars on their trip to China!"

"Just like everything else in China, the Chinese passenger rail network has exploded over the past few decades. China's trains are some of the fastest in the world, are super affordable, and are modern, stylish and comfortable. You can book train tickets in advance from Ctrip.com or from ChinaHighlights.com, which both offer multiple ticket delivery options, or you can buy tickets directly at the train station when you arrive. For more info on this process, check out the world's best train blog The Man in Seat 61."

Related: How To Save Money On Traveling - Taking Public Transportation

"Part of the China experience is to try and immerse yourself in a whole new way of life, and there is no better way to do that than to live like a local. With home sharing websites like Airbnb, it's easier than ever before to find a lovely little home away from home during your visit. China's booming housing market means that there are plenty of luxury apartments available for rent on AirBnb and, in general, they tend to be cheaper than most four and five star hotels, especially in major cities like Shanghai and Beijing. Plus, Chinese people are so hospitable that you're more than likely going to get a local host who will go above and beyond to show you the real China that most tourists don't get to see!"

"Before your trip to China, head to your local Bank of America (BOA) branch and open a checking account if you don't already have one. BOA has an international agreement with one of China's largest banks called China Construction Bank, which allows all BOA debit card holders to withdraw money from CCB ATMs with little to no fees. During my four years in China, this saved me hundreds if not thousands of dollars, and it will save you a lot too, since you will need to have an ample budget of cash for your trip in order to enjoy all of the great shopping opportunities that China has to offer."

"Many foreign tourists to China get seriously ripped off when they purchase souvenirs from the many markets across China. Travelers must remember that in China haggling and bargaining at local markets is considered a fine art, and they too must learn a few tricks of the trade before they decide to buy. My rule of thumb is to never pay more than half of the original asking price that the vendor first offers you (ex: if they say something costs 300 RMB at first, don't pay them more than 150 RMB for it). My go-to tactic when shopping is to push for the 50 percent off price and eventually walking away when the seller does not budge. Nearly 90 percent of the time they will come running after me saying I can have it in the end! For more tips on the art of bargaining, check out this great blog post from China-Mike.com."

Related: How To Save Money On Sightseeing When Traveling