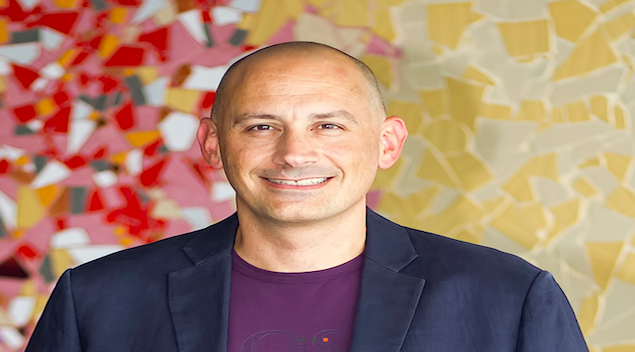 As a social media influencer for the travel industry, Scott Eddy is nearly always on the road as a speaker at international conferences and events. With about 650,000 followers on Twitter and tens of thousands more on Instagram and Facebook, he's a top 10 expert for travel on Klout, in a league with Lonely Planet, Condé Nast Traveler, Rough Guides and Travel + Leisure. Currently calling San Francisco his home base, Eddy is Global Ambassador for Zipkick, a personalized travel planning app.

Describing himself as a Jamaican-Lebanese-American from Miami who has lived in Bangkok, Portugal, Spain, UK, Manila and San Francisco, Scott Eddy is no stranger to airports and airplanes. When you're thinking about packing, Eddy says it's always a good idea to check in online 24 hours ahead, choose your seat and print your boarding pass. We caught up with him between trips to hear his inside tips on smoothing the way across the big pond by packing right.

Eddy says it is critical to pay attention to frequent changes and tweaks in various airlines and different countries' national security regulations, especially for liquids. "You have to be knowledgeable and watch this space closely," he advises. "What items and sizes you can take onboard is in a constant state of flux. Changes announced in the USA often become part of a larger worldwide trend. You really don't want to find out first when you're already at the airport." Note that fees for the first checked bag are typically waived for overseas travel, but check your carrier and check your frequent flyer affiliations to confirm.

Clearly, travelers must pre-arrange their provider's international access plan and have the right adapters for plugging chargers into electrical outlets outside the USA. Eddy says the newer planes all have electrical sockets for charging mobile phones in each class of service, which means you can arrive with a full battery. Keep all your mobile chargers in your hand luggage so you can take advantage of juice where you find it, and also avoid getting in trouble if checked luggage is delayed or goes missing.

Wear A Jacket Or Blazer

Eddy has three good reasons for wearing a jacket when flying. Any frequent flyer will concur — the chance of an upgrade is definitely enhanced by a smart appearance. Second, it arrives wrinkle-free. Third, you don't want to plan out every second of your vacation, and you could be going somewhere, or invited somewhere nice, that enforces a jacket and tie dress code. European cities are far more formal than San Francisco. If packing along a second jacket as well, Eddy recommends turning it inside out and gently rolling it, not folding, for the best result.

Related: How To Pack Lightly When Traveling Long Term

Don't waste time and money on hotel or cruise valet services. And, don't worry about hanging space if you're staying at an Airbnb. Just pack a portable handheld garment steamer and your button up shirts and coats will always look fresh and crisp. Make sure you have the right country adapters for electrical sockets wherever you're going.

Although modern appliances will switch from the American 110v to the European 220v, there's no such thing one size fits all when it comes to the shape of the plugs in each country.

Before you set about to packing, have the best luggage for long-distance travel."If I buy luggage," says Eddy, "I always go for four-wheel, never two-wheel, design." The bag will glide along easier beside you, rather than being dragged at an angle behind you, even when heavily loaded. It affects your whole balance. If you've ever navigated one of the huge European train stations, Venetian water taxis or Amsterdam bridges, you know this means you'll be saving a lot of energy.

Related: How To Pack Lightly For Your Camping Trip
Laurie Jo Miller Farr loves walkable cities. A tourism industry professional and transplanted New Yorker by way of half-a-lifetime in London, she's writing about the best of the bay and beyond for Yahoo, USA Today, eHow, and on Examiner.com.
Thanks for reading CBS NEWS.
Create your free account or log in
for more features.