SAN LEANDRO (CBS SF) -- An elderly Asian American man was assaulted and robbed over the weekend in a brazen attack in his San Leandro neighborhood that was recorded on surveillance video, authorities said.

San Leandro police said the assault took place around 4 p.m. Saturday. The 80-year-old was out for a walk in the 14200 block of Acapulco Road in San Leandro when two males approached and attacked him. A young male appears in the video to be associated with the two, but he is not seen participating in the attack. 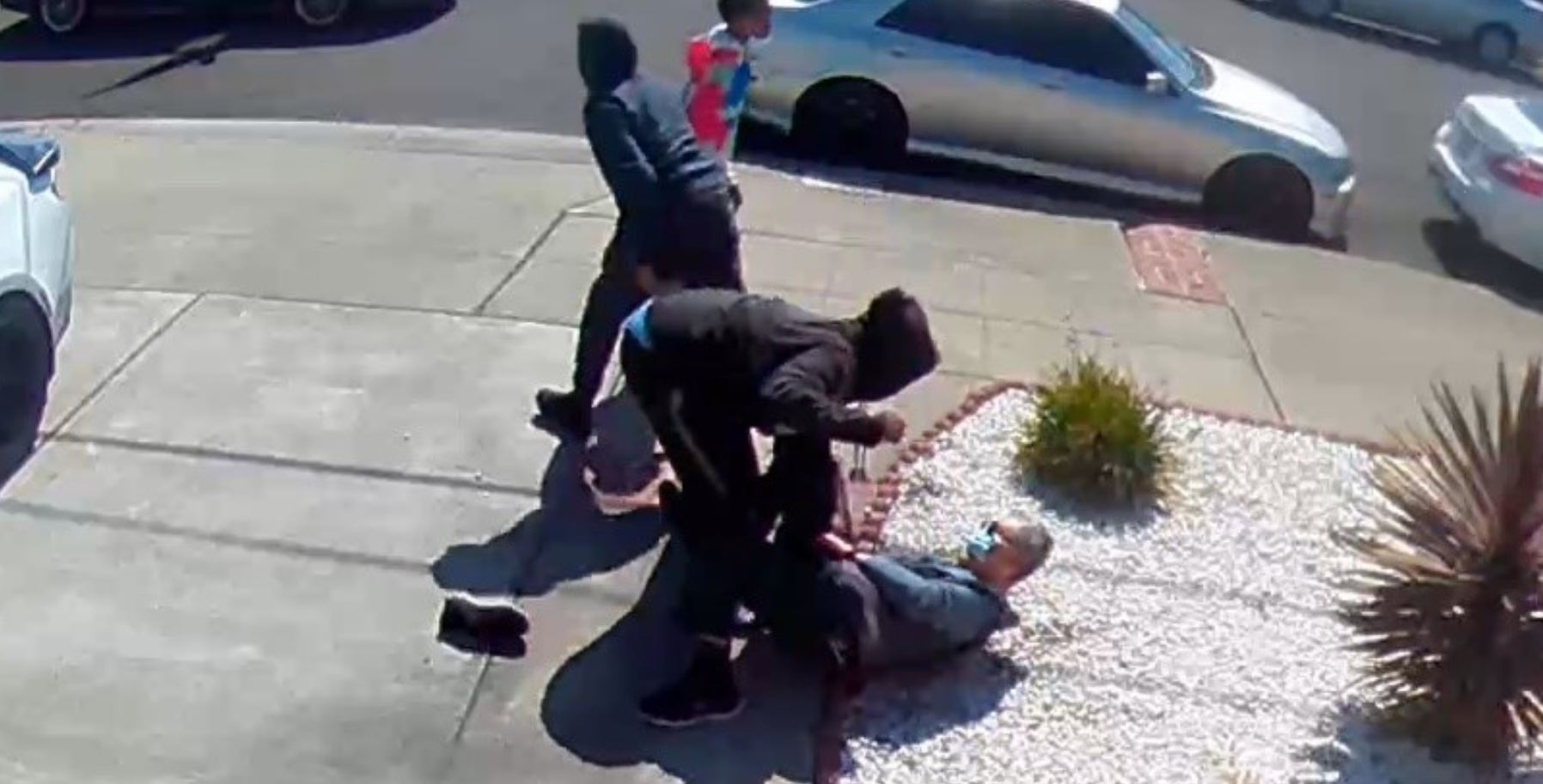 The victim sustained minor injuries that did not require medical attention.

At 5:45 p.m., possibly the same suspects robbed a 19-year-old Hispanic victim of her purse in the 500 block of Bancroft Avenue.

The suspects in both incidents were described as Black males, between 16 and 19 years old, 5' 7" and thin build. The getaway car was described as a blue Subaru sedan with black and silver rims.

"In March, the San Leandro Police Department conducted a victim demographic study, where violent crime statistics were compared from 2019 to 2020," said Lieutenant Ali Khan. "SLPD discovered an increase of 283% in crimes against our Asian community members."

"Although at this present moment, there is no indication the elderly victim was targeted due to his race, San Leandro detectives are pursuing all avenues of investigative leads."