SAN FRANCISCO (CBS SF) -- Dozens of art exhibitions will flood Market Street starting Thursday as the public prepares to vote on which ones will become a permanent fixture in this rapidly changing San Francisco corridor.

The Market Street Prototyping Festival is part of a larger effort to redesign Market Street. People are invited to interact with the sidewalk exhibits, which include a giant kitchen table and colorful ping-pong tables, that stretch from the Embarcadeo to Van Ness Avenue for this three-day show.

A jury of more than 50 makers, artists and community stakeholders reviewed hundreds of submissions before selecting the final 52 projects.

"Public opinion — as measured by interaction with the art, street surveys, census sensors and social media — will determine which 10 or 12 artworks out of the 52 could return later as long-term public art," according to the San Francisco Chronicle.

Here are 11 of coolest looking installations that will be on display. 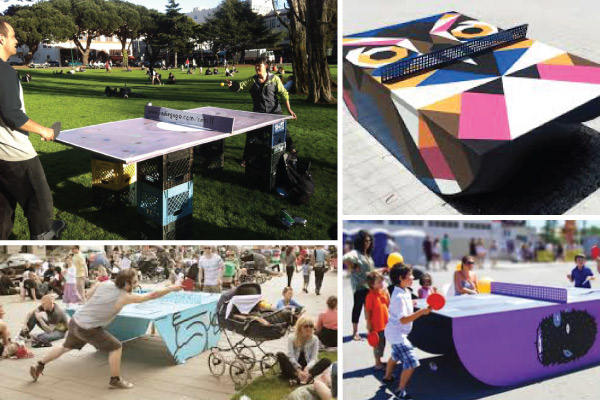 "With the current transformation of mid market in full swing, our public ping pong project will serve as canvases for local artists as well as provide a fun and interactive setting for all residents of mid market."

"'Play Everyday,' is a city-sponsored campaign to promote movement in San Francisco and re-vitalize Market Street by encouraging people to play." 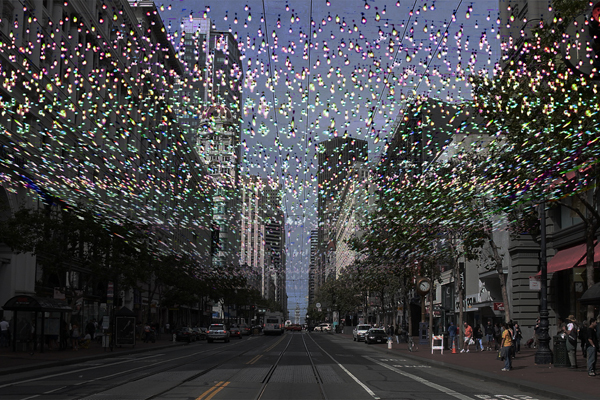 "We propose to install interactive lights that light up Central Market and connect Hallidie Plaza with UN Plaza as pedestrians step on pressure sensors embedded on the sidewalks. The organic pattern of the lights, which create the illusion of "shimmering skies," will keep changing with the lights affected by the varying timing and progression of the pressure sensors stepped by the pedestrians." 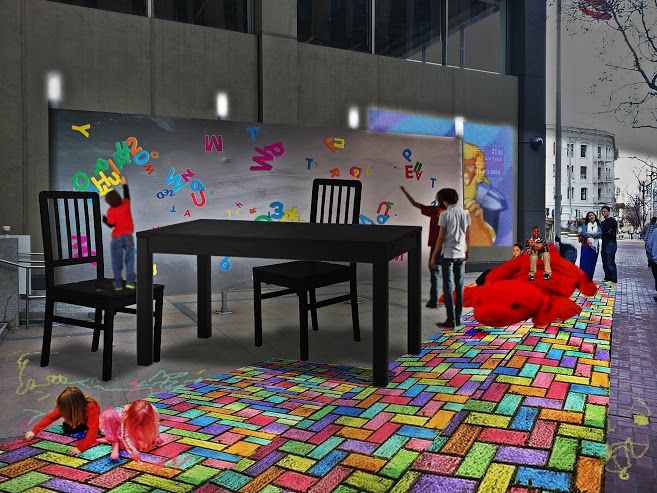 "The theory is that between 0 - 3 years old is when we're our most creative, compassionate, confident fun selves, with the hope being that in embodying the physicality of this aspect, it will psychologically trigger adults into reminding themselves of their to their radical pre-school selves!" 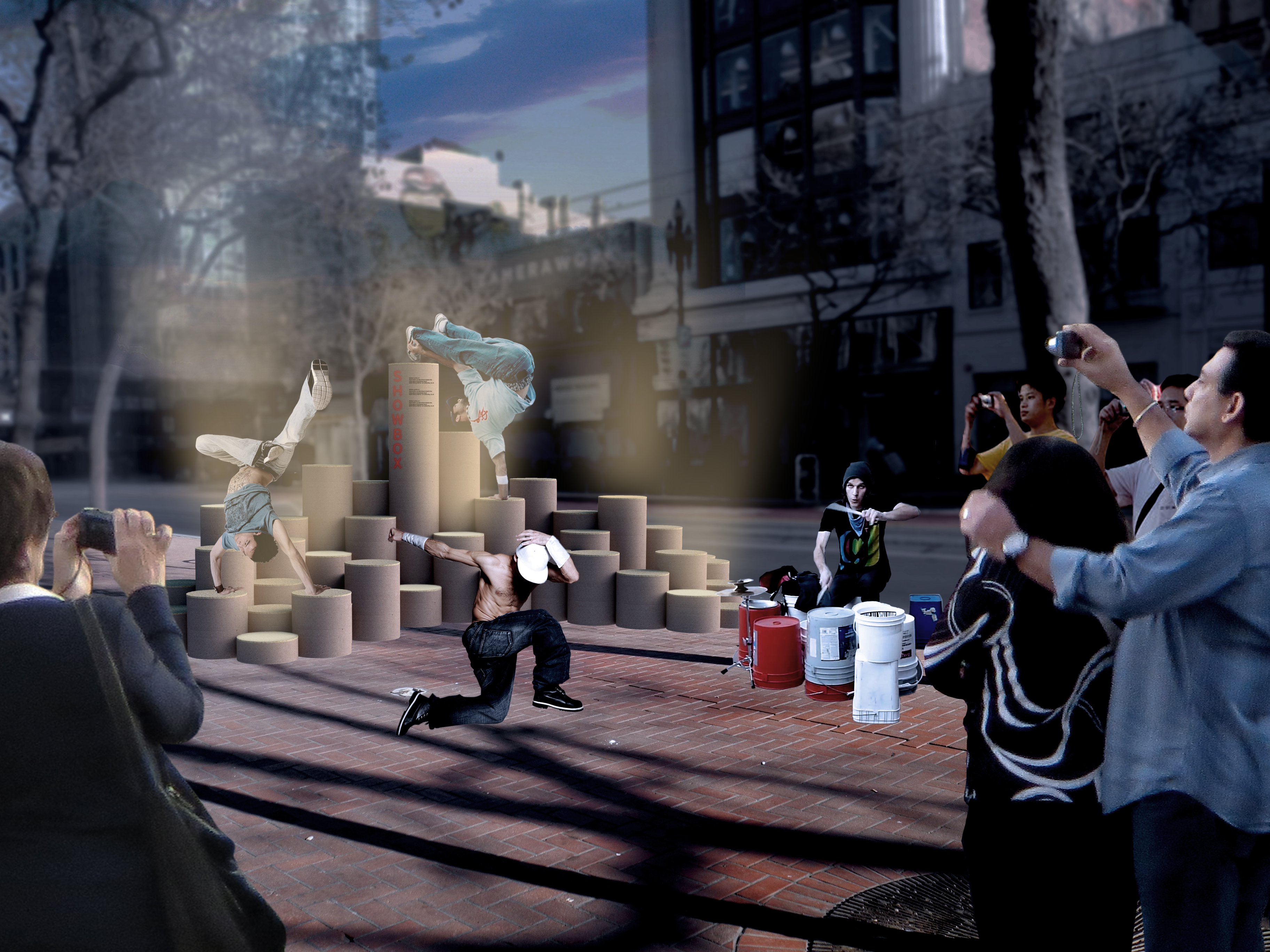 "Show Box is not only an object it will also bring live arts programming to the festival, as well as night time activation and light on the street." 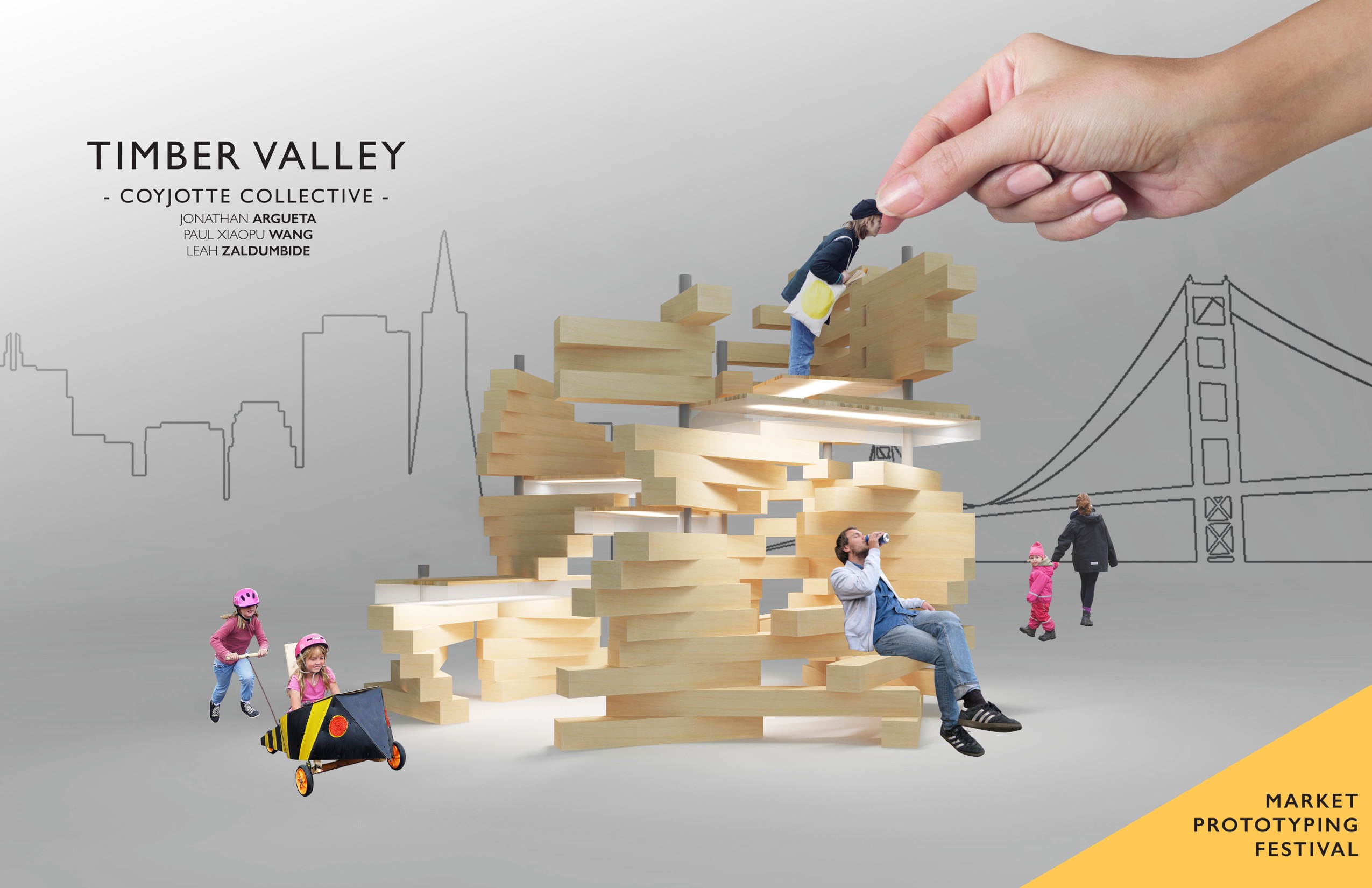 "The public is only able to interact with, rearrange and rotate the blocks when they are unlocked at specific intervals during the duration of the event." 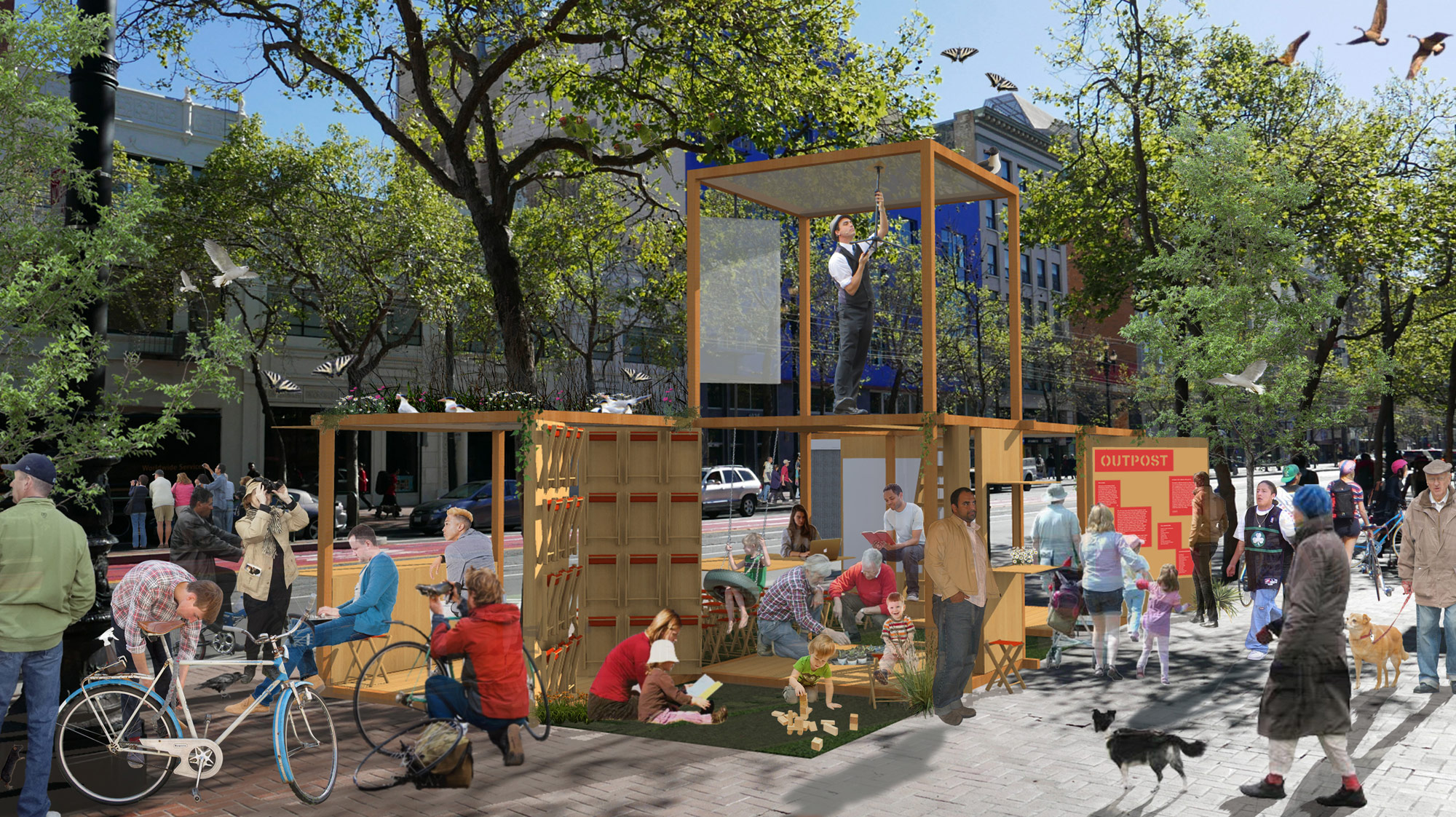 "Housed in a simple prefabricated structure–inspired by the space frame systems of the 1960s–Outpost is designed to be easily fabricated, modified, and replicated. Over three days it will be a venue for planting workshops, wildlife tours, film screenings, bicycle pit stops as well as offer places to play, eat, talk, and relax." 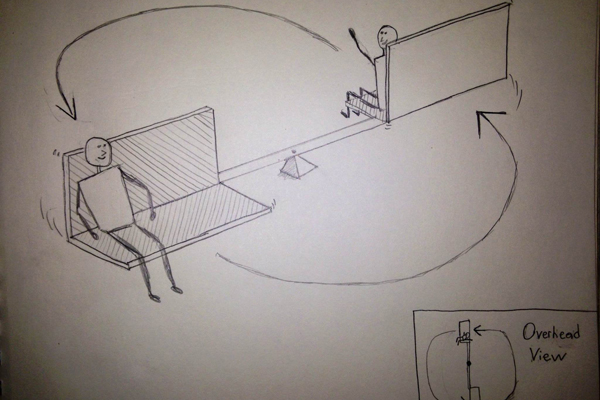 "One can use the bench alone for seating. But when someone sits on the opposite bench, a surprising and delightful physical relationship between the two people is formed." 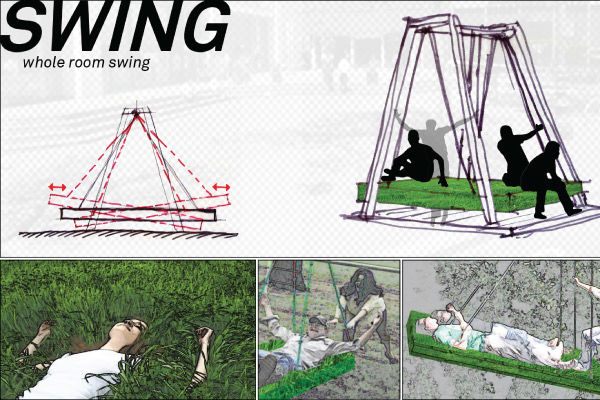 "We've created a playful outdoor stage just for you and your friends. Experience all the sights, sounds, tastes, and smells the neighborhood has to offer - from a different perspective." 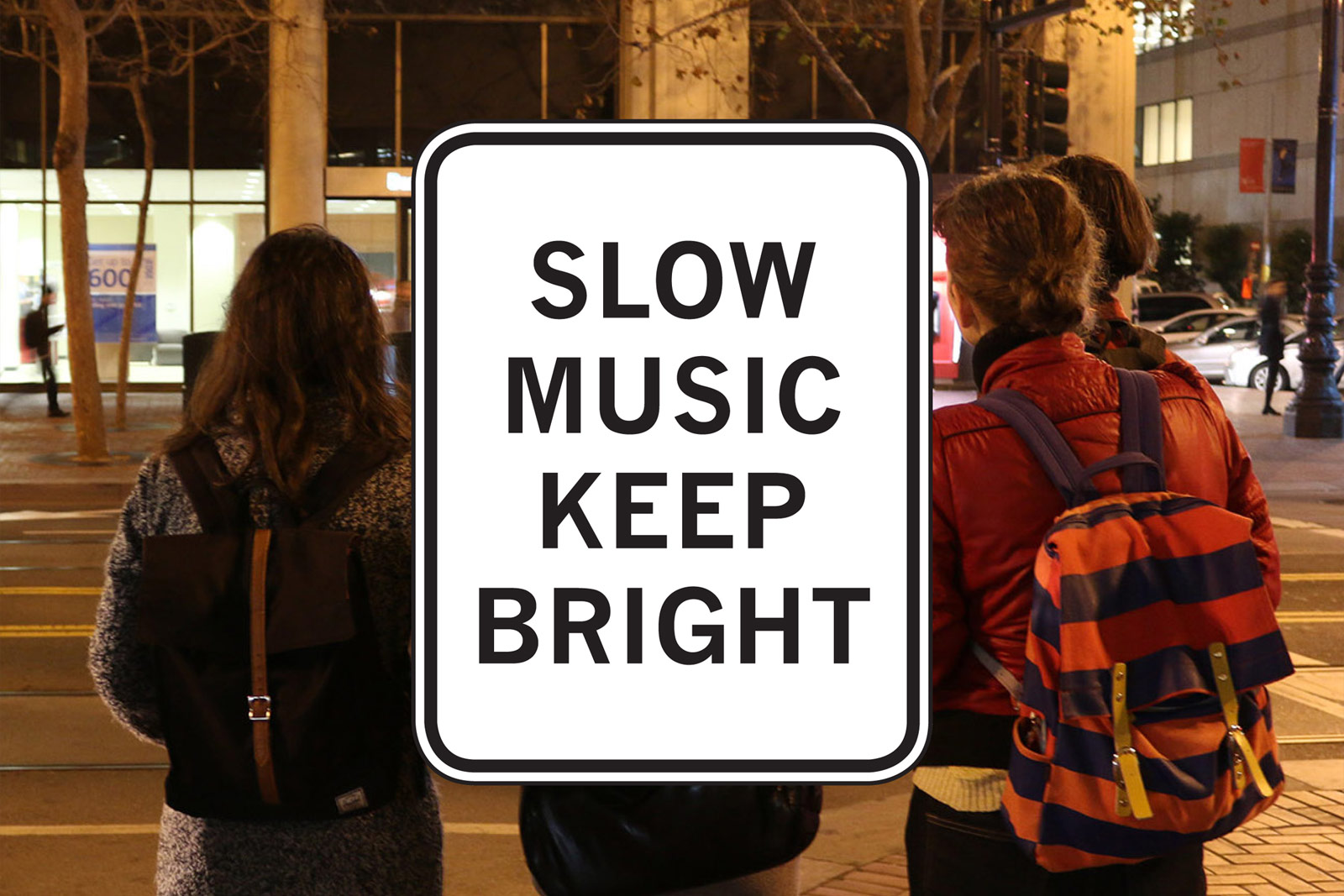 "Knock Stop Music re-appropriates traffic lights to invite passersby to play with their environment, creating melodic soundscapes that brings awareness to one another. Amidst the constant rumble of the street, the simple gesture of knocking transforms the raw fabric of the city into an interface for creative collaboration."

"With NeuroFlowers, the internal becomes external. The mind becomes tangible, shareable. Calming or focusing your thoughts changes the blossoming state and color of the flowers."