ANTIOCH (CBS SF) – A vegetation fire that broke out in Antioch Wednesday afternoon spread to a nearby apartment complex and burned vehicles, officials said.

A spokesperson for the Contra Costa County Fire Protection District told KPIX 5 that the fire broke out in the area of James Donlan Boulevard and Tabora Drive around 3:50 p.m. The fire then spread into a 16-unit, two-story apartment building.

Residents in four of the units have been displaced after their apartments were "extensively damaged,"  firefighters said. A neighboring four-unit building also has exterior damage.

The fire was brought under control around 5:30 p.m. 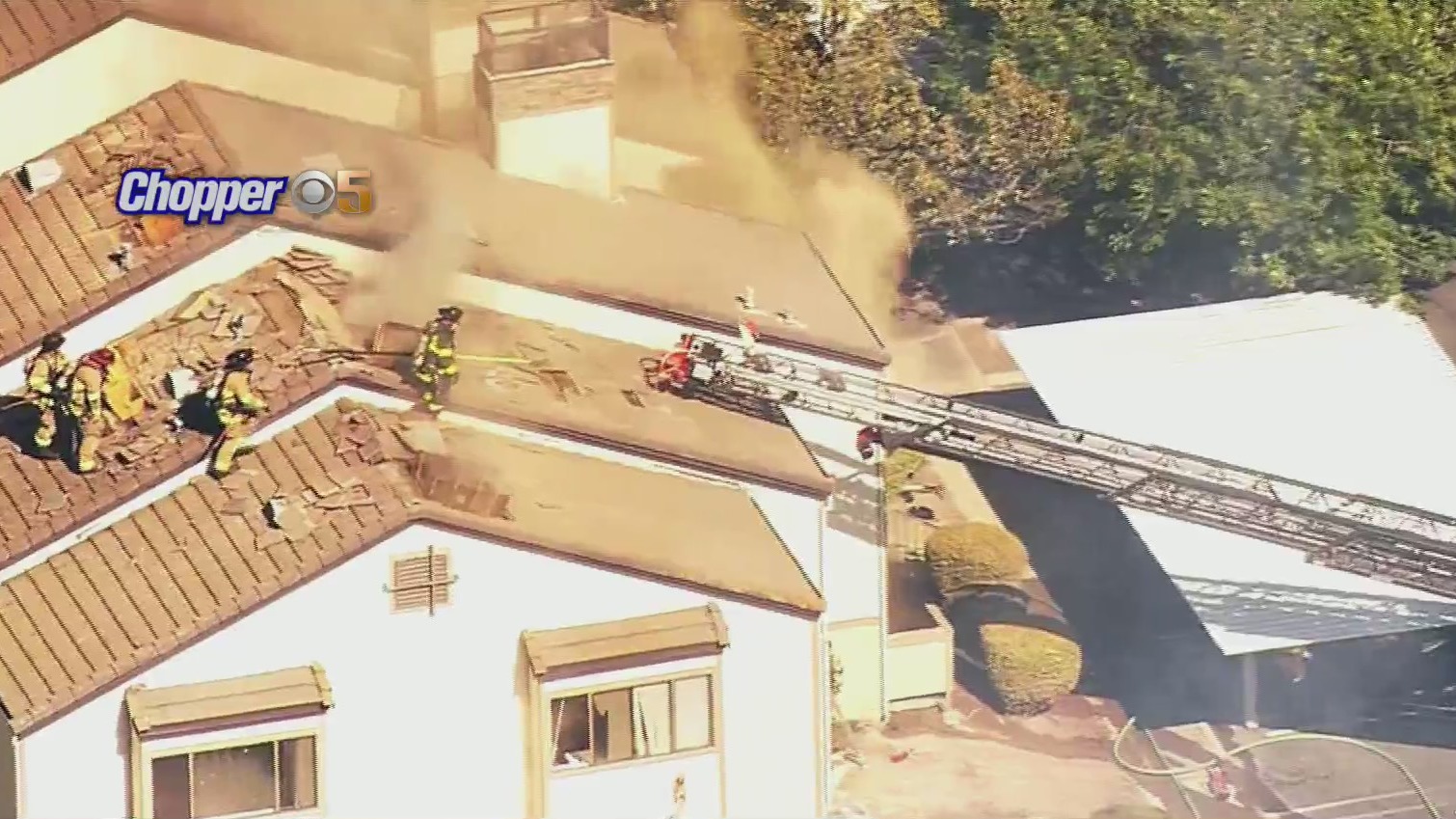 Chopper 5 over the scene as firefighters battle a vegetation fire that spread to apartments in the area of James Donlan Blvd. and Tabora Drive in Antioch on July 21, 2021. (CBS)The fire also destroyed two vehicles, according to officials. No injuries were reported.