STOCKTON (CBS SF) – A 15-year-old girl who was abducted from her Stockton home during a domestic dispute has been found safe at a local convenience store, authorities said.

Stockton police said 15-year-old Maria Jaar Garcia was been located at the AM/PM store at Fremont Street & Pershing Avenue in Stockton at around 8:05 a.m. Her boyfriend's blue 2010 Chevy Impala was discovered abandoned moments earlier in a nearby field.

Authorities were searching the neighborhood for 22-year-old Alex Quinones.

According to police, Garcia was forcibly taken from her family home by Quinones at around 5 a.m. during a domestic dispute triggering a region-wide Amber Alert. Authorities believed Quinones may have been headed to Fresno or the San Jose Area. 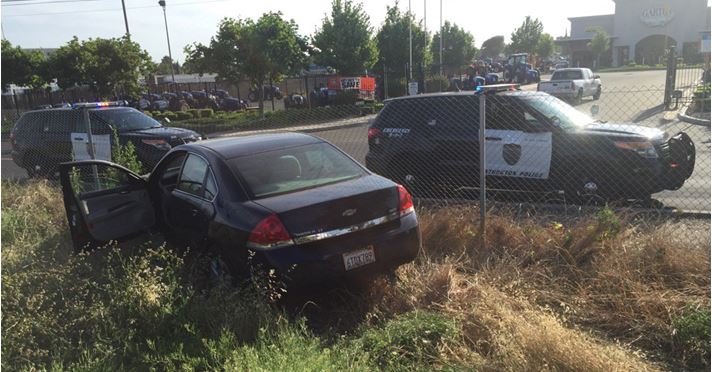 Authorities described Quinones as being 5-10, weighing 155 pounds and wearing black pants and black shoes. He was not wearing a shirt.