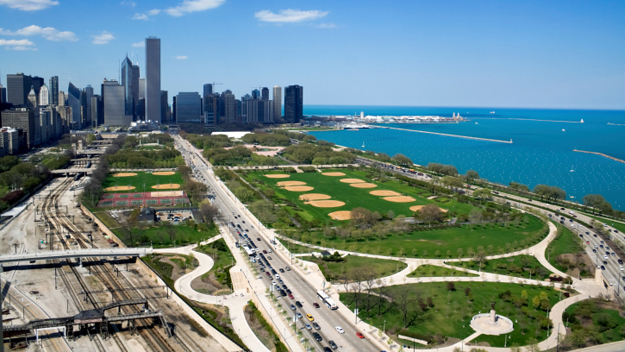 Chicago is a city rich in history, culture and innovation. It's also one of the world's most popular destinations, drawing more than 48 million visitors annually. But for history lovers, the city with more than 25 nicknames is a very special place to visit, with more than 300 places on the National Register of Historical Places and a wealth of iconic landmarks. For history buffs hoping to see the most famous historical sites, this Chicago travel guide for history lovers can serve as a valuable reference before and during a trip to the third largest city in America.

The Great Chicago Fire of 1871 was one of the worst American disasters in the 19th century. The blaze that began on October 8 destroyed more than 17,000 structures, killed an estimated 300 people and left thousands of people homeless. Only a few structures in the central business district and among the four still in existence are the Chicago Water Tower and the nearby Chicago Avenue Pumping Station. Located along the Magnificent Mile, the castle-like Chicago Water Tower is one of the most iconic symbols in the city and now houses the City Gallery, featuring the works of prominent local artists and photographers. Just a few steps away is the Chicago Avenue Pumping Station and according to the National Parks Service, it is still in use. The disputed source of the Great Chicago Fire where a cow allegedly kicked off a lantern is now the location of the Chicago Fire Academy.

Situated between Lake Michigan and downtown Chicago, Grant Park is the city's largest and most popular park. Officially designated as a park in 1844, it encompasses more than 300 acres and features many of the most famous landmarks in the city. Among those landmarks are Buckingham Fountain, one of the world's largest fountains dedicated in 1927, Field Museum of Natural History, one of the world's largest natural history museums and the Art Institute of Chicago, named last year's world's top museum. Known for its world renowned art collection, including Grant Wood's "American Gothic", Edward Hopper's "Nighthawks" and Renoir's "Two Sisters", the museum is just steps from the eastern start and end of the legendary Route 66. The Art Institute building is one of the few surviving structures of the Chicago World's Fair in 1893.

Located in the city's South Side 16 miles from downtown, the Pullman National Monument is among the newest additions to the National Park Service. The first ever national park in Chicago, the historic district was the nation's first planned industrial town founded in 1867 by the Pullman Palace Car Company to build the famous Pullman railroad cars. The property lies on 250 acres and features the stately Hotel Florence, which is currently closed for renovations and the Administration and Factory Complex. The Pullman Strike of 1889, the direct result of a severe economic crisis in America, is partially credited for the creation of the Labor Day holiday by President Grover Cleveland.

When people think of the birthplace of American skyscrapers, the typical answer would be New York City. In reality, Chicago won the race between New York in 1884, when it opened the world's first skyscraper – the Home Insurance Building. Of all the early skyscrapers erected during the golden age of the 1880s to 1890s, the oldest still standing is The Rookery, built in 1886. Located in the Loop section of Chicago, the building is believed to be named after the crows and pigeons that lived in an earlier building that housed city hall, in addition to some local politicians. Completed in 1886, the building is 12 stories high and the highlight of a visit is the extraordinary two-story skylit lobby, first remodeled by Frank Lloyd Wright in 1905. The world renowned architect also designed several other buildings in Chicago, including The Robie House, Bach House and Unity Temple.

First opened in 1914, Wrigley Field is the home of the Chicago Cubs and the oldest National League ballpark and second oldest-active baseball ballpark in Major League Baseball (MLB). Originally known as Weegham Park, the iconic ballpark was purchased by William Wrigley, founder of the Wrigley Chewing Gum Company in 1921 and became Wrigley Field six years later. One of the most familiar features of Wrigley Field is its red brick outfield wall covered with enough ivy to protect ballplayers heading to catch a fly ball at the warning track. Another very familiar attraction, and unique among all MLB ballparks, is the Wrigley View Rooftop, with seating on the rooftop of a building on Waveland Avenue outside the park. Tickets to game day and non-game tours of Wrigley Field are available online. Across from the Tribune Tower along the Magnificent Mile is the Wrigley Building, built as the headquarters of William Wrigley Jr. Company since relocated to the Wrigley Global Innovation Center on Goose Island.

Related: Top 2015 Music Festivals In The US
Randy Yagi is a freelance writer covering all things San Francisco. In 2012, he was awarded a Media Fellowship from Stanford University. His work can be found on Examiner.com Examiner.com.