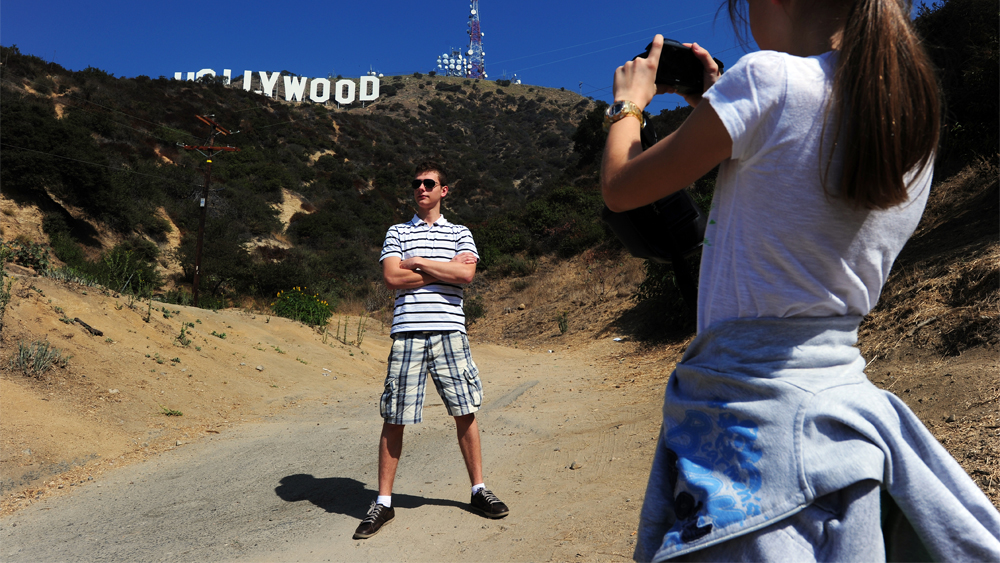 Planning a trip to Los Angeles? There are plenty of things to see and do in the nation's second largest city, from the world's most popular amusement parks and world-class entertainment to shopping and restaurants favored by some of the city's most famous residents. Regardless of your budget, here is a practical guide to vacationing in Los Angeles.

Getting to Los Angeles

By Car: Los Angeles is served by a vast network of freeways and is easily the largest and busiest in the country. Major highways include 1, 5, 10 and 101.

Getting Around Los Angeles: Traffic in and around Los Angeles can be extremely challenging, particularly during the morning and evening commutes. First-time visitors who plan to drive must be alert and cautious when negotiating streets and freeways, and should always allow plenty of room between vehicles and extra time to get to a destination. While most visitors will rely on their own vehicle or a car rental, the most efficient alternative transportation is the Metro Rail system, with service to Hollywood, Los Angeles, Pasadena, Culver City, LAX and Long Beach.

Related: Tips For Your Next Road Trip

The Greater Los Angeles area has hundreds of options for overnight accommodations, ranging from low-cost hostels to $25,000 in the Presidential Suite at the Beverly Wilshire. The following are top-rated options for budget, moderate and luxury accommodations. 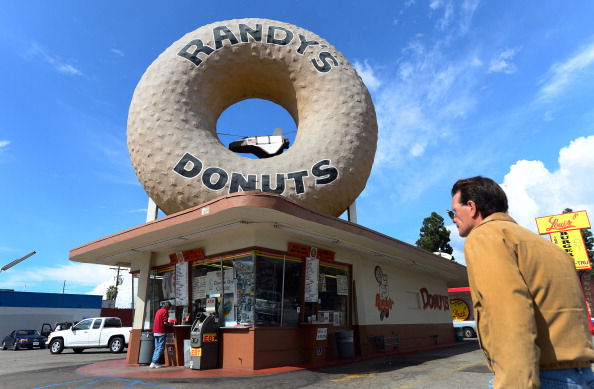 With more than 10 million people living in Los Angeles County, there has to be a tremendous amount of dining establishments. Each of these recommended establishments are highly rated and among the most famous. It won't be surprising to see a famous celebrity at any of these popular eateries. 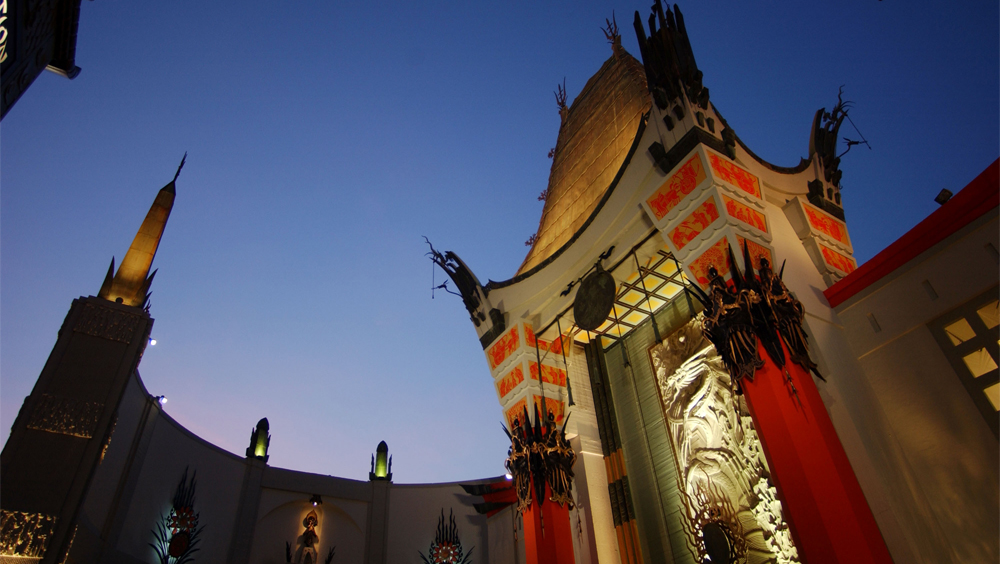 With the Chinese Theater in Hollywood and the Happiest Place on Earth, Los Angeles is among a bevy of major attractions. This list of recommendations are good choices for both first-time and seasoned visitors.

Although Disneyland is nearly 30 miles away, the landmark amusement park is easily the most visited attraction in the greater Los Angeles area, drawing more than 15 million visitors annually. Also at Disneyland Resort is California Adventure theme park and the Downtown Disney District, a gigantic entertainment complex that requires no paid admission and free parking with validation. Getty Center: The Getty Center is one of the most visited museums in the country and the most visited in California. The larger of the two properties that comprise the J. Paul Getty Museum, the Getty Center has an extensive collection, featuring works from such illustrious artists as Leonardo da Vinci, Gauguin, Michelangelo, Rembrandt, Renoir and Warhol.

With more than 2,500 stars along 15 blocks of Hollywood Boulevard and three blocks of Vine Street, the Walk of Fame honors individuals who have made significant contributions to the entertainment industry. Drawing more than 10 million visitors annually, the Walk of Fame pays tribute to many of Hollywood's most beloved entertainers, such as Lucille Ball, The Beatles, Walt Disney, Audrey Hepburn, Marilyn Monroe and James Stewart. Also on Hollywood Boulevard is the legendary Chinese Theater, world renown for its handprints, footprints and autographs of famous movie stars. Among the notable celebrities immortalized here are Groucho Marx, Bob Hope, Shirley Temple, Fred Astaire and Jean Harlow. 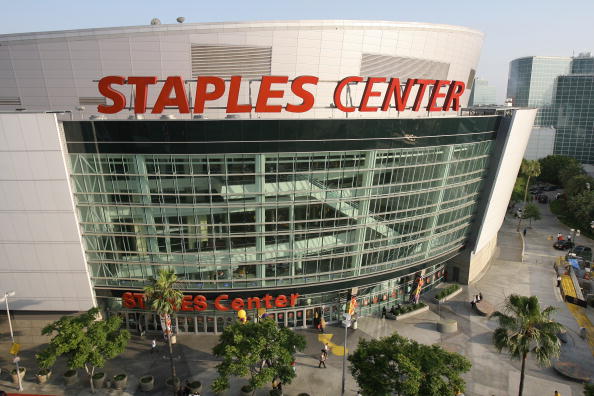 Opened in 2007, L.A. Live is a 27-acre mega-entertainment complex in downtown LA, featuring the Grammy Museum, two luxury hotels, concert theaters, restaurants and a 14-screen movie theater complex. The Nokia Theater is host to many important events, such as the ESPY Awards, American Music Awards and the MTV Video Music Awards. Adjacent to L.A. Live is the Los Angeles Convention Center and the Staples Center, home to most of the city's professional sports teams, including the Clippers, Lakers, Kings and Sparks. The Staples Center also hosts a number of world-class concerts, in addition to the annual Grammy Awards show since 2004.

The shopping mecca in Beverly Hills for Hollywood celebrities, Rodeo Drive is home to many of the world's top retailers: Bijan, Bulgari, Cartier, Giorgio Armani, Gucci, Prada and Tiffany & Co. Similar to Hollywood's Walk of Fame, Rodeo Drive has the Walk of Style, with bronze plaques honoring important contributors to the fashion industry, including Giorgio Armani, Edith Head, Diana Vreeland, Cartier and Princess Grace. Santa Monica Pier and Venice Beach: After more than 100 years in operation, the Santa Monica Pier remains a popular attraction, with sweeping views of the Pacific Ocean. A popular destination for sport fishing, the pier is home to an aquarium, Pacific Park, an amusement park featuring an iconic Ferris wheel and the Hippodrome building, which houses the historic Loof carousel. A few miles from the pier is the quirky yet extremely popular Venice Beach, filled with street performers, food vendors, basketball players and an endless parade of visitors. An estimated 16 million people visit Venice Beach each year, making it America's most visited beach and the most visited spot in LA.

Drawing approximately six million visitors annually, Universal is one of the oldest and most famous movie studios in Hollywood. The top draw is the theme park, featuring thrill rides and the world famous Studio Tour, which transports visitors to the backlot of the world's largest movie studio. Adjacent to the theme park is Universal CityWalk, an enormous entertainment center, with more than 60 eateries and shops, six nightclubs and a 19-screen theater complex. If time permits, two other film studios are also worth visiting: Paramount Studios and Warner Bros. Studios.