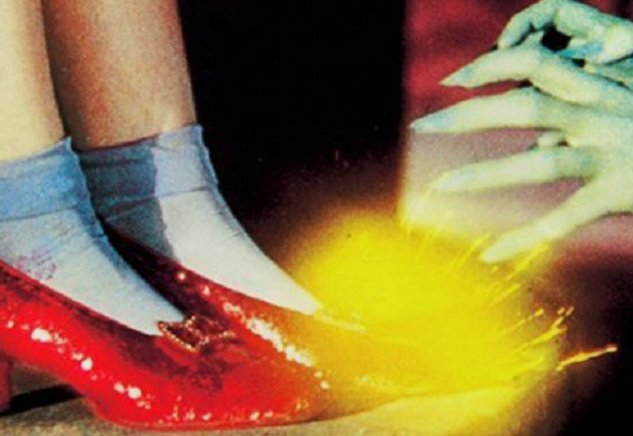 WASHINGTON (CBS/AP) — The Smithsonian's National Museum of American History has launched a crowd-funding campaign on Kickstarter to preserve the ruby slippers from the 1939 movie "The Wizard of Oz." The museum hopes to raise $300,000 in a month. Here are five things to know about the famous relic:

THEY'RE NOT THE ONLY PAIR:

At least seven pairs of slippers were made for the movie, and four pairs are known to exist. The Smithsonian's pair was donated anonymously in 1979 after being sold at auction in 1970.

Two other pairs are owned by private collectors, including a pair purchased by Leonardo DiCaprio and Steven Spielberg for display at the Academy Museum of Motion Pictures, which opens next year in Los Angeles. A fourth pair was stolen from the Judy Garland Museum in Grand Rapids, Minnesota, in 2005, and remains at large.

One shoe is wider than the other, and there are other subtle differences in their shape and construction. Each has Garland's name scrawled on the inside. One is marked as "#1," the other as "#6." 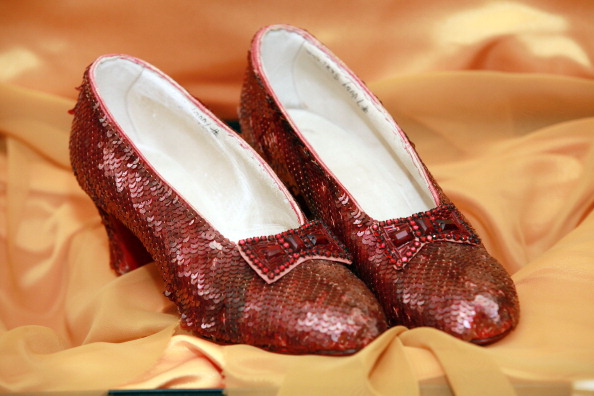 The shoes are made from about a dozen different materials, including wood pulp, silk thread, gelatin, plastic and glass. Most of the ruby color comes from sequins, but the bows of the shoes contain red glass beads.

They began as ordinary shoes that were dyed red, and a netting with the sequins was fitted for them and sewn on. They have felt on the soles to muffle their sound for dance sequences.

NOT MADE TO LAST:

The shoes are nearly 80 years old, and like most movie props, they weren't built to last. During their time at the museum, the color has faded significantly from exposure to light and moisture. Some of the sequins have no red plastic coating left and are no longer translucent.

If the Smithsonian successfully raises $300,000, most of the money will go toward scientific research and construction of a special case that will keep them from deteriorating further. The shoes will also be cleaned, but nothing will be done to enhance their color or repair them with newer materials.

TM and © Copyright 2016 CBS Radio Inc. and its relevant subsidiaries. CBS RADIO and EYE Logo TM and Copyright 2016 CBS Broadcasting Inc. Used under license. All Rights Reserved. This material may not be published, broadcast, rewritten. The Associated Press contributed to this report.