MENLO PARK (CBS/AP) -- The U.S. Geological Survey reports that a 4.2-magnitude earthquake hit the northwest corner of Nevada on Saturday night — the third earthquake above magnitude 4 to hit the region in the past 10 months.

The USGS says the earthquake, which had its epicenter about 38 miles southeast of Lakeview, Oregon, hit at 7:44 p.m. 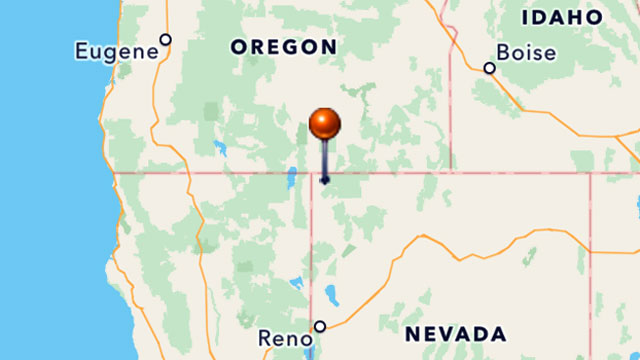 There are no reports of damage in the region.

On Sept. 14, a 4.7-magnitude earthquake hit the Shelton National Wildlife Refuge near the Oregon and California borders.

That earthquake was the second of 4.7 magnitude to hit the Sheldon wildlife refuge. The first one, recorded on Nov. 6, 2014, was the largest one to hit since thousands of earthquakes started in July 2014.

© Copyright 2015 The Associated Press. All Rights Reserved. This material may not be published, broadcast, rewritten or redistributed