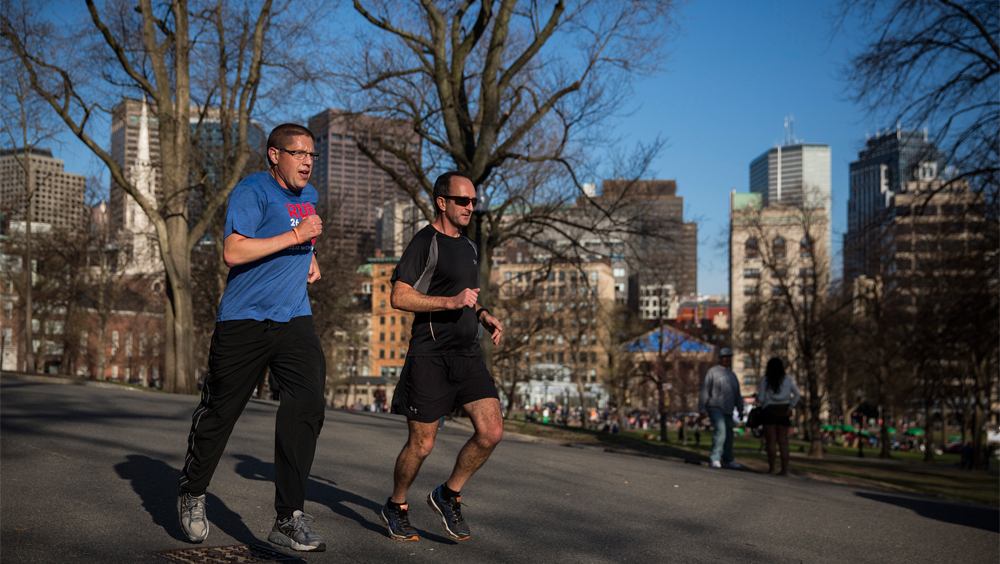 Patriots Day in Boston is fast approaching, which also means one of the most famous and oldest annual marathons will also take place. Held on the third Monday of April, the Boston Marathon on  Monday, April 20 is expected to draw approximately 30,000 race participants and 500,000 spectators along the legendary 26.2-mile course. If you're heading to Boston to attend or participate in the 199th edition of the race, but are unfamiliar with what to do, use this handy guide to the best of what to see and do in one of America's most prominent cities.

Boston Marathon participants and others attending the race have already made their travel plans or are already in the city, but if you are planning a trip to Boston later this year, here are some travel options.

Travelers flying into Boston will arrive at Logan International Airport in the East Boston neighborhood a few miles from the center of town. Upon arrival, travelers have a number of transportation options to reach Boston including car rentals, hotel shuttles, taxis, subway service via Boston's Massachusetts Bay Transportation Authority (MBTA) or a number of bus services like the Logan Express.

Most out of town visitors will reach Boston via Interstate Highways 90 or 93 or U.S. Route 1. Motorists will likely encounter some of the toll roads in Boston – The Massachusetts Turnpike, The Sumner Tunnel and The Ted Williams Tunnel. Smartphone users unfamiliar with Boston may want to use a navigation app such as Waze.

While registered runners for the Boston Marathon might not want to spend much time sightseeing until after the race, the best way to get around Boston is with public transportation, with service to the city's most famous landmarks and attractions, including the Old North Church, USS Constitution, Fenway Park and Harvard Square. While the subway system is fast, inexpensive and efficient, it may be confusing to ride for some visitors. An easier way to see the sights is by taking one of the popular hop on-hop off trolley tours such as Old Town Trolley Tours Boston or Upper Deck Trolley Tours.

Related: Mile-By-Mile Guide To The Boston Marathon
Where To Stay

A list of recommendations for dining, including the Union Oyster House, one of the oldest restaurants in America.

For visitors who only have a day or two to see Boston, Freedom Trail should be at the top of their list. The historic 2.5-mile trail leads to 16 of the city's most historic sites, from Boston Common to the south and Bunker Hill to the north. Among the most famous sites include the Boston Massacre Site, Old State House, the Paul Revere House, Old North Church and the USS. Constitution.

The Old North Church is forever known as the location of the famous "One if by land, two if by sea" signal in 1775. Using one or two candlelit lanterns, this signal was used to alert the colonial militia of British troops and preceded Paul Revere's midnight ride and the Revolutionary War. Founded in 1722, the Old North Church (also known as Christ Church) is Boston's oldest surviving church and one of four church sites along the Freedom Trail.

Founded in 1634, the 44-acre Boston Common is the oldest public park in the country. The central park serves Boston year round and has a number of attractions such as the Frog Pond and the Parkman Bandstand and historic monuments like the Robert Gould Shaw and the 54th Regiment Memorial. The famous Original Cheers pub lies near the northwestern border of Boston Common.

Not far from the USS Constitution is the Bunker Hill Monument, the northernmost section of the Freedom Trail. Managed by the National Parks Service, the monument lies on one of the sites of the Battle of Bunker Hill, the first major battle of the Revolutionary War.

Located in the Dorchester neighborhood, the John F. Kennedy Library and Museum honors the 35th President of the United States, John F. Kennedy. The presidential library and museum holds seven permanent exhibits and among them are The Oval Office, The Briefing Room and The Kennedy Family.

Built in 1912, Fenway Park is the home of the Boston Red Sox and the oldest ballpark in Major League Baseball. Also known as "America's Most Beloved Ballpark," Fenway Park has been host to some of the most famous ballgames in history, including Carlton Fish's home run in the 1975 World Series and the game winning home run by David Ortiz in the 2004 AL Championship, which led the Red Sox to their first World Series Championship in 86 years. Public tours of Fenway Park are held during the offseason.

Located along the Freedom Trail and near the waterfront, Faneuil Hall has served as a marketplace and meeting hall since 1742. Today, the historic building is a prominent center for socializing, shopping and dining, with 14 restaurants and several international food vendors and more than 100 shops.