OROVILLE (CBS SF & AP) – Authorities have arrested two people accused of carjacking and running over a man preparing to flee when authorities ordered those living downstream from the Oroville Dam to evacuate.

Deputies said Bowles and Ripley were being held on felony charges of assault with a deadly weapon and carjacking. 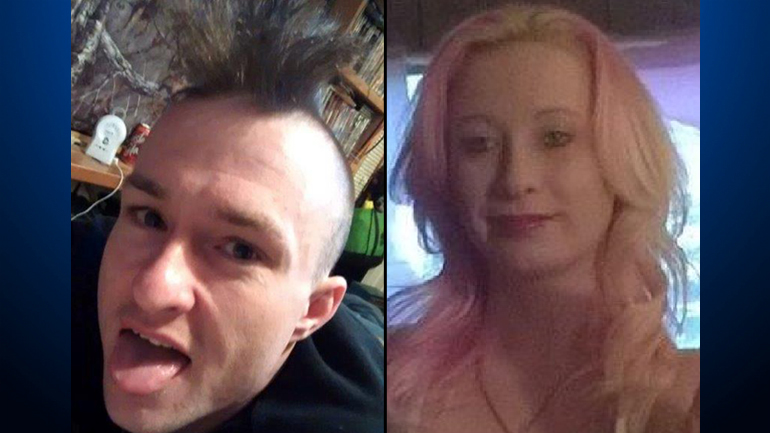 The Asbury family were among the 188,000 residents in Oroville and along the Feather River who were given less than an hour to flee their homes after a spillway at the massive Oroville Dam appeared to be on the brink of imminent collapse.

Asbury, 33, was loading up the truck with his family's belongings after getting the evacuation order when a man identified by deputies as Bowles jumped into the vehicle. Ripley allegedly jumped into the passenger seat and the pair sped away.

Cameron's father told KPIX 5 that he and his son got in their other car and chased the stolen vehicle onto Farley Street in Oroville.

Instead of getting out of the truck, the man "gave it the gas and bee-lined right at him and ran him over," the father continued.

"He has major, severe head injuries," said his father. "The right side of his face is all tore off; crushed skull and nerve damage."

He was in critical condition after several surgeries, but his dad said he was now stable.

The Butte County Sheriff's Department was investigating the incident.

© Copyright 2017 The Associated Press. All Rights Reserved. This material may not be published, broadcast, rewritten or redistributed.