WOODLAND (CBS13) — A Woodland man bared it all trying to stop two thieves from stealing his catalytic converter. 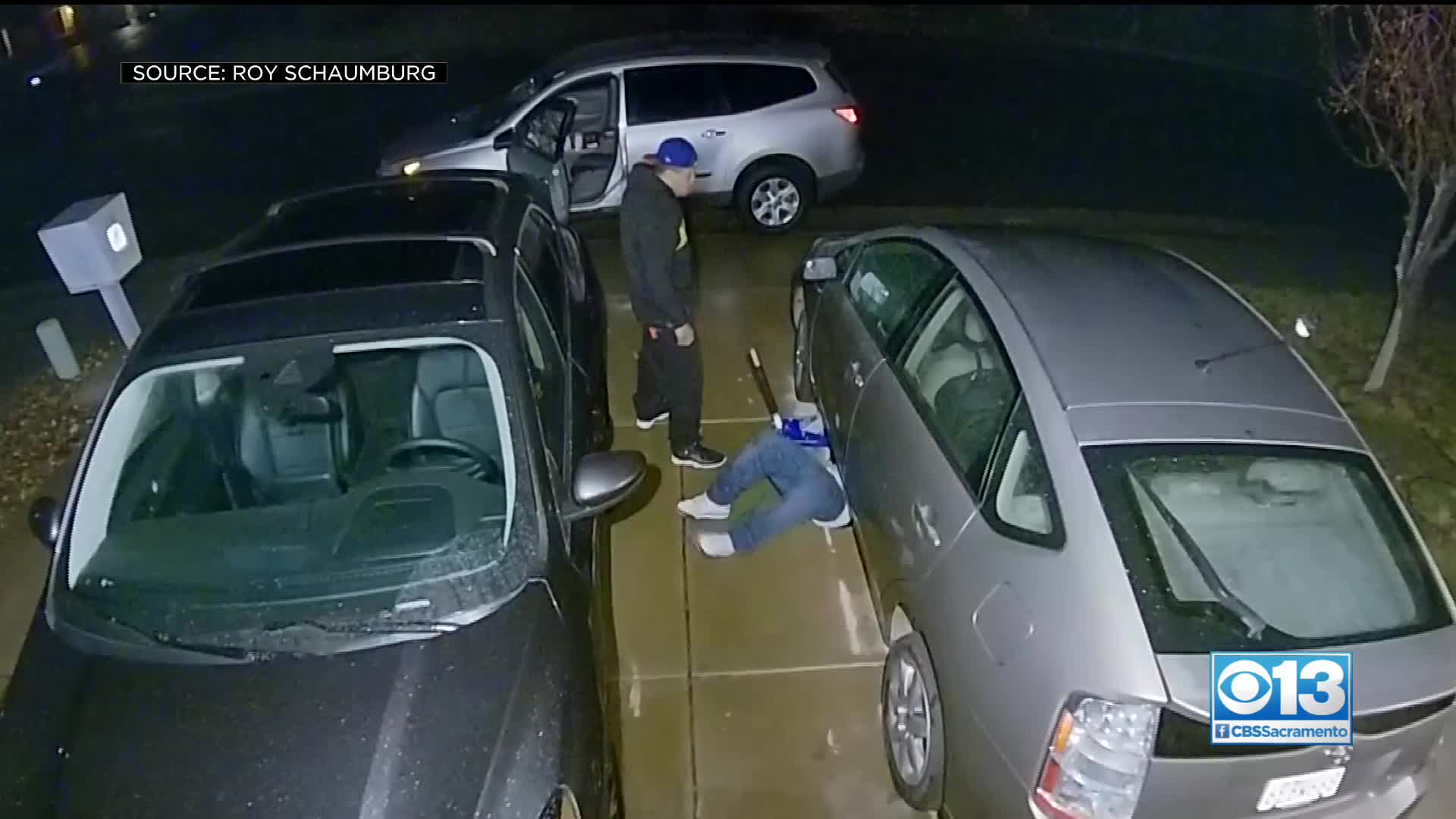 Roy Schaumburg was working out early Friday morning when he heard someone using a drill outside his house. That's when he saw a person walking around his car.

Ring video shows two men removing the catalytic converter from his Prius parked in the driveway.

Hoping to stop them, Schaumburg ran out of the door in his underwear, carrying a 40-pound barbell.

"I figured heck with the shorts, just go and try to get them. And I came out to see what I could do," he said. "I would've used it for protection, but I figured if nothing else, I would damage the heck out of the car."

The suspect's SUV was already driving away by the time Schaumburg ran outside. Security footage shows a pretty good picture of the two thieves who appear to be driving a white or silver SUV.

This is the second time Schaumburg has had a catalytic converter stolen since October. He's not sure if he'll replace it this time.