SACRAMENTO (CBS13) — The mother of Christie Wilson, a young Sacramento woman murdered more nearly 12 years ago, has reached an emotional turning point in the grieving process.

"I made this decision with no expectation at all," Debbie Boyd said.

She's talking about her decision to write to Mario Garcia, her daughter's killer who is currently serving out a murder sentence, and request to meet with him face to face.

"If Mario were to pass away with me not having the opportunity to sit and just talk to him," Debbie Boyd says, "I know I would forever regret it."

Debbie has asked the question before, of course, but never to Garcia's face. She wants to know where he put her daughter's body.

Christie Wilson's mom goes on to say, "I'm hoping--that perhaps before his dying day--that maybe it's the peace that he's going to need before he passes on--that will trigger him to do what he needs to do."

Mario Garcia was convicted after DNA evidence and cuts and scrapes to his body convinced a jury he had taken Christie Wilson somewhere, killed her, then dumped her body. The two had met during a night of gambling at Placer County's Thunder Valley Casino in October of 2005.

The case made history. Never before had Placer County prosecutors been able to get a guilty verdict in a murder case where no body was ever found.

Garcia has not replied to Boyd's request. But it's likely his answer will be "no." In a letter he wrote to CBS13, Garcia maintains his innocence and says he was wrongly accused from the beginning.

For now, Boyd holds on to her daughter's memory, not knowing where her body is but keeping her memory alive by making sure people never forget who she was. 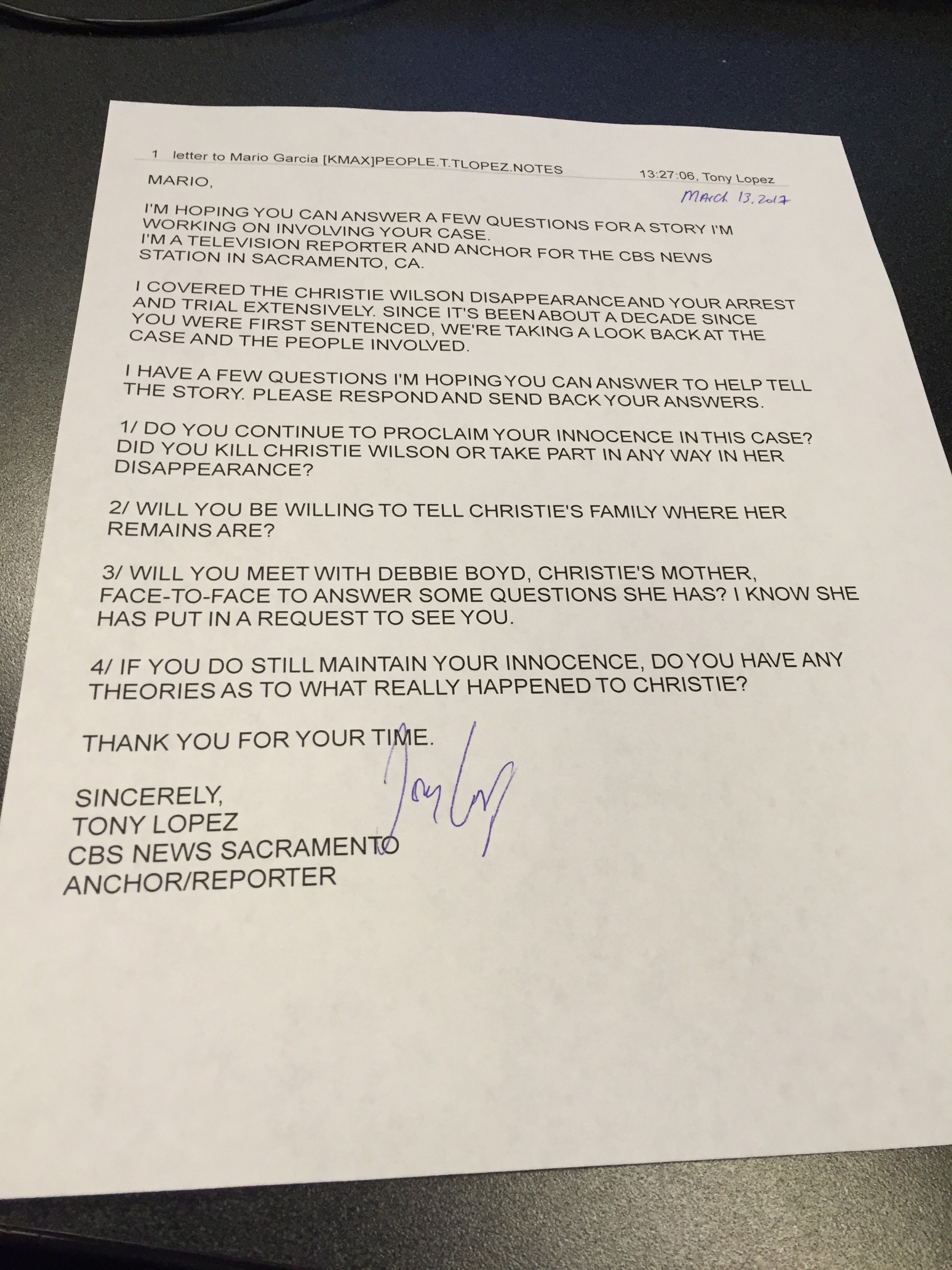 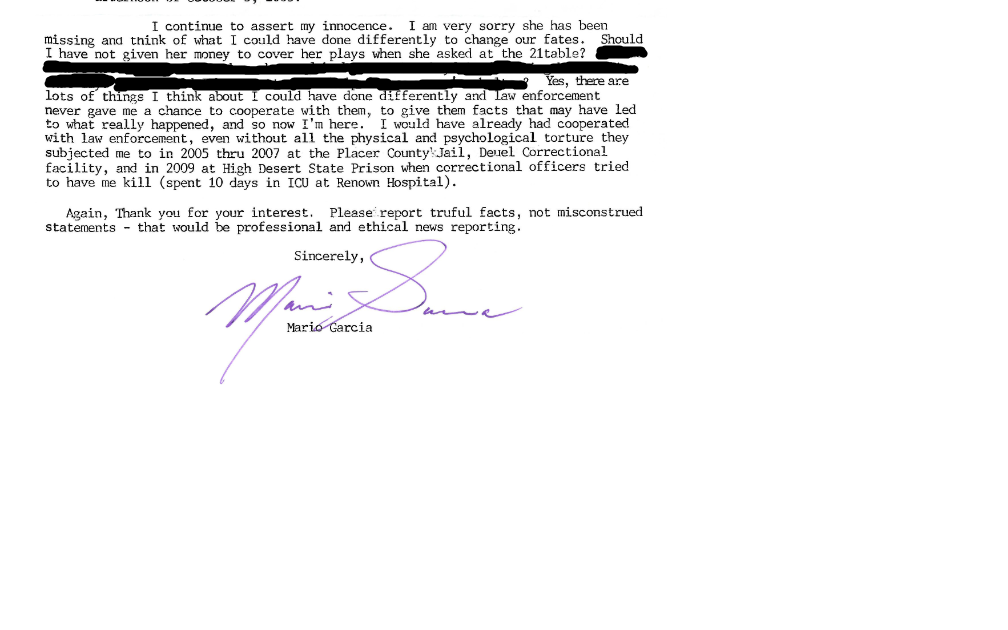