YUBA CITY (CBS13) - Sutter County Deputies are searching for suspects accused of dragging a teen to his death after he attempted to stop them from stealing his father's car.

"I'm going to miss him. I don't know what I'm going to do without him," said Josefina Camacho, the mother of the victim.

She wishes her words of wisdom could bring him back. 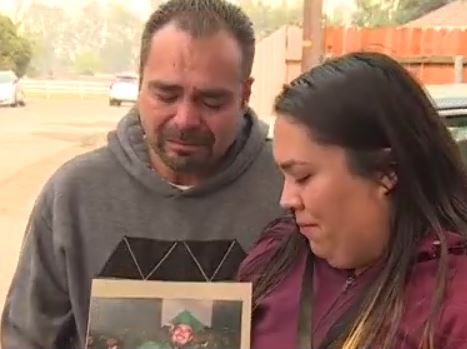 Victor was killed Thursday night while trying to stop thieves attempting to steal his dad's car near Howlett Avenue and Markley Road.

He was reaching into the vehicle trying to disable it when he was dragged to his death and left in the middle of the road.

Neighbors who know the family are heartbroken.

"It's an upsetting thing to see out here," David Duarte said.

On Friday outside of their Yuba City home, she held onto his picture that showed Victor's fun personality.

It's his smile and love she said she'll miss the most.

"They took my only son and now he's gone. They took the only son that I have and I'm never going to get him back just because they wanted something that wasn't theirs," she said.