NORTH HIGHLANDS (CBS13) — A grinch hit a North Highlands home, stealing their Christmas unicorn, but in the spirit of the holiday, the decoration has made its way back home. 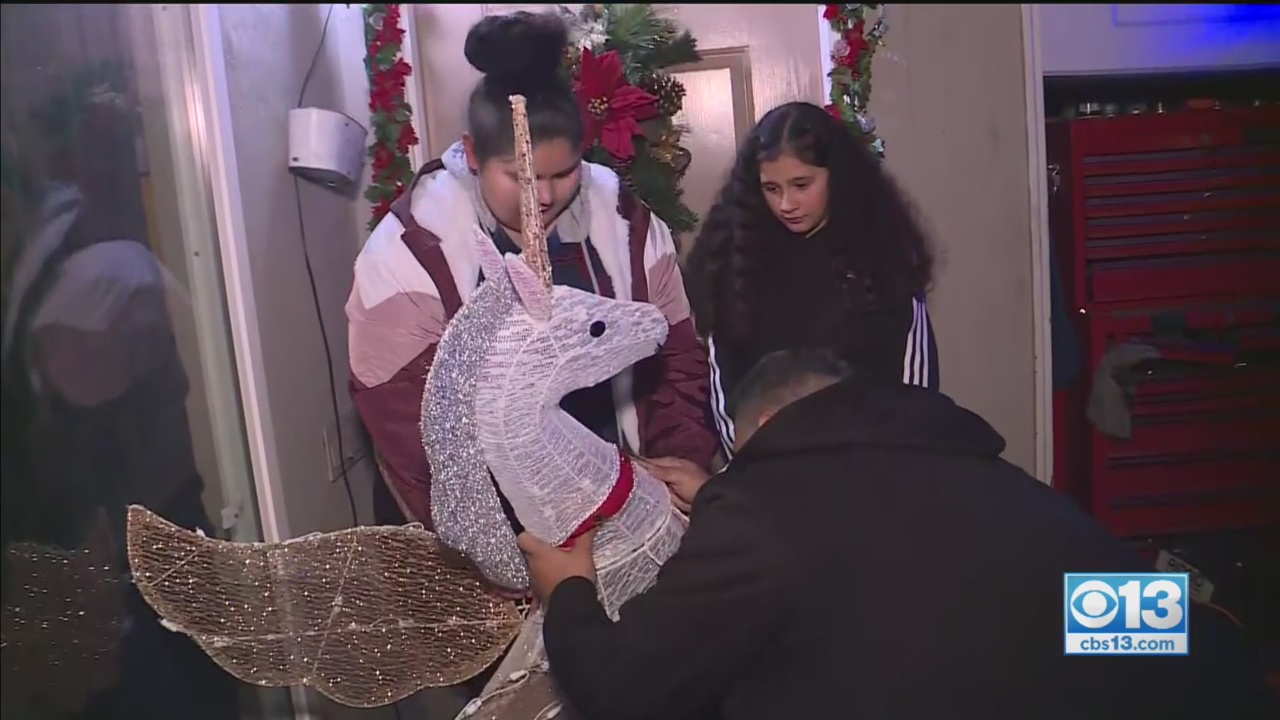 This North Highland family enjoys Christmas so much, each year that they have a light display in their front yard. They recently added to their collection with a unicorn, but couldn't even enjoy it before it was stolen last week.

Now, it's a Christmas miracle, just one day late.

"It's Christmas, you don't do that around Christmas," said neighbor Jeff Limones.

Limones fills his lawn with Christmas decorations every year. But days before the holiday, there was a knock at his door.

"A lady came knocking on my door, and asked me if I wanted to buy this unicorn," said Limones.

He bought the bright decoration, but later that night, he turned on his TV. Limones said, "I was watching the news that the unicorn was stolen. I saw the footage and said, 'Wow. That lady came to my house after she stole that thing?'"

Limones says the same woman who sold him the unicorn is the one seen in the surveillance video, sneaking onto the Sanchez' front lawn, grabbing the unicorn and taking off.

"If you steal from little kids or people around the neighborhood, that means you have no luck in life," said Limones. "I brought it back to the rightful owner, I wish other people would do that,"

After seeing the story, he immediately found Jasslyn Sanchez and her family and gave the unicorn back at no cost.

"I was really happy, it just made my day," Sanchez said.