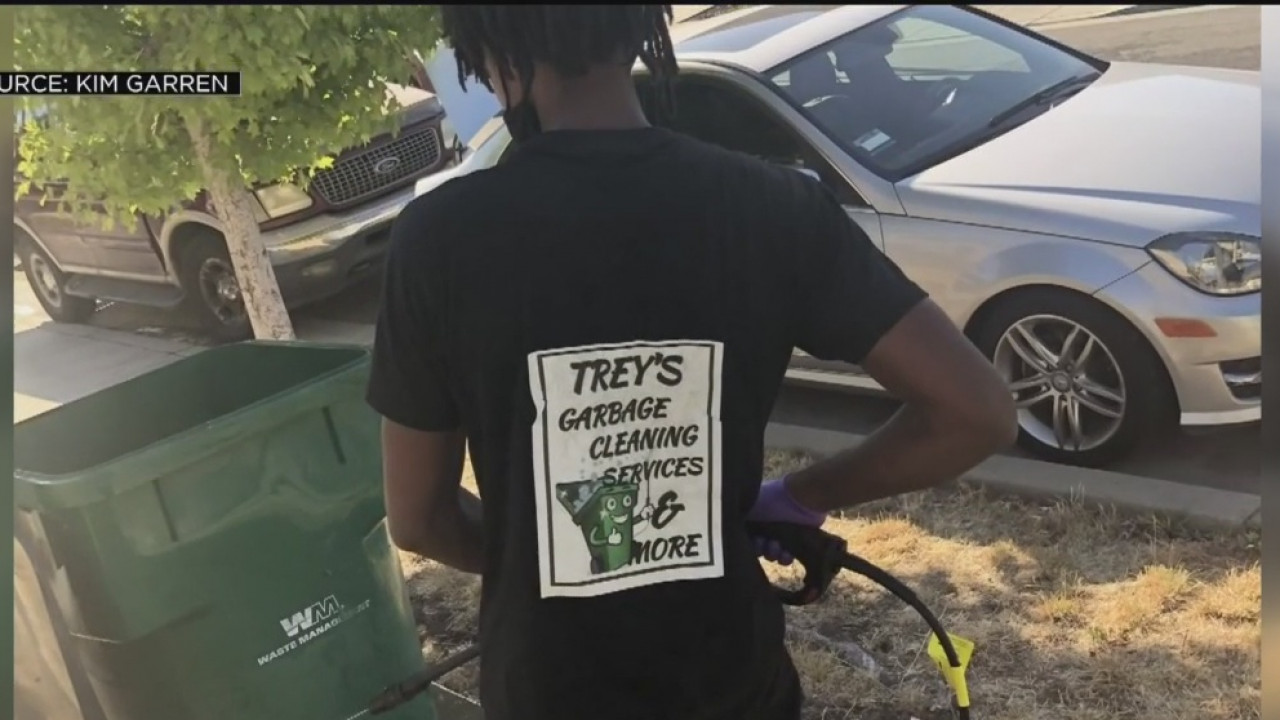 But now more than ever, this Stockton teen knows it's his time to shine, not in the world of sports. This young man is power washing his way through our brand new world of living during a pandemic.

"I just wanted to make sure that I was still focused," Breckenridge said. "By me doing this is keeping me active, you know, not just roaming around in the streets. Just doing something positive with my life."

Energized by his mom's desire for the same and her strong dislike for all things dirty.

"She said 'Trey, I'm going to need you to go outside later and clean the garbage can.' And I look at her some type of way like, isn't it supposed to be dirty?" Breckenridge said.

"I'm cleaning other stuff like yard work, gutters, garages, sheds. I'm cleaning them out and pressure washing them down. You know, just doing whatever I can," Breckenridge said.

He does it all for the bargain-basement price of $5 per cleaning. For him, it's not the money, but the message he's sending to his siblings and other young people whose lives are turned upside down right now.

As for his pop-up pandemic business plan, he has a plan for its future too.

"I just want to keep it in the family. So, if I go off to college, a division one college sooner or later in a couple of years, I want little brothers to keep up the business for me," Breckenridge said.

Leaving behind, not a single drop of dirt in these muddy times, but a legacy of being able to adjust to whatever life throws at you cleaning it up and forging ahead.

As for the feeling of being able to give back while planning his future, Breckenridge calls it amazing.

"Almost priceless. It's a great feeling knowing that I'm helping somebody else out," Breckenridge said.

Breckenridge is currently studying and playing football at Delta College.