STOCKTON (CBS13) — Amid 18 pages of police search warrants and witness statements is an inside look into the Bank of the West robbery, chase, and shootout that rocked Stockton on July 16 and cost a wife and mother her life.

CBS13 also spoke to the brother of Jaime Ramos, one of the suspects in the deadly robbery, who offered condolences for his brother's alleged actions.

"All I can tell you guys right now is everybody is really sorry," he said. "I'm sorry to the families. We all are."

Ramos' girlfriend has not been arrested. He car was later found by police, painted black, according to court documents.

The bank teller said the first suspect came into the bank yelling for everyone to put their hands up. Suspect 1 approached the teller with his gun pointed directly at her. Suspect 2 walked directly to the vault and remained inside it for what seemed like 10 to 15 minutes, according to the bank teller.

When Suspect 2 exited the vault, the teller, her bank manager, and customer Misty Holt-Singh were ordered to move outside at gunpoint. All three were then pushed into the Ford Explorer.

The bank's security guard Luis Silva also gave his account to police. He said he was standing in the front of the bank near the southwest corner.
"A small black, SUV type vehicle (possibly an Acura or Mazda) pulled up and three males with guns got out. The males pointed their guns at Silva and ordered him in the bank. Silva saw a Hispanic female exit the rear of the vehicle, get into the driver's seat and drive away. He described her as a Hispanic female in her mid to late 20s. She had shoulder length dark hair and was wearing a white T-shirt and blue jeans." 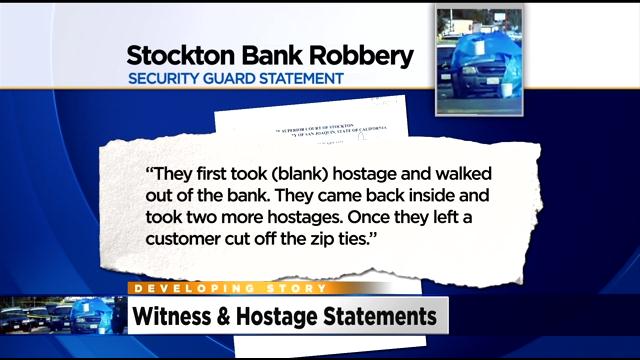 Inside the bank, Silva described what the suspects did to him and the customers.

"Once inside the bank, the suspects zip tied Silva's hands behind his back and ordered him to the ground. Suspects were yelling, "Who has the keys" and asking if anyone set off the alarm." 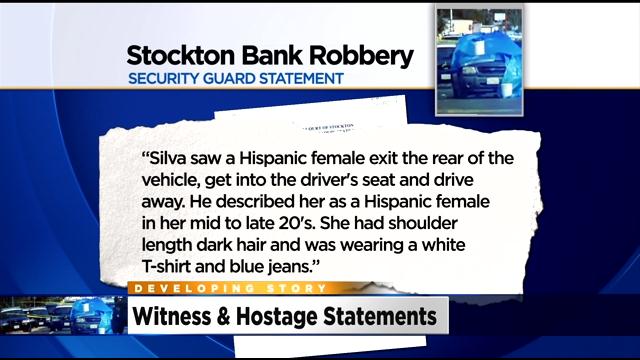 Silva said they first took the bank manager hostage and walked outside of the bank. They came back inside and took two more hostages.

Stockton City road worker Rex Benedict was stopped at the light on Lower Sacramento Road and watched the suspects pull into the Bank of the West. Benedict said he saw they had hooded sweatshirts and sunglasses on and one suspect carried a backpack. Benedict watched the scene unfold. He told police the suspect with the backpack had a female hostage wrapped around his arm and entered the driver's seat of the Ford Explorer. The other two suspects took their hostages at gun point with their arms wrapped around their necks. 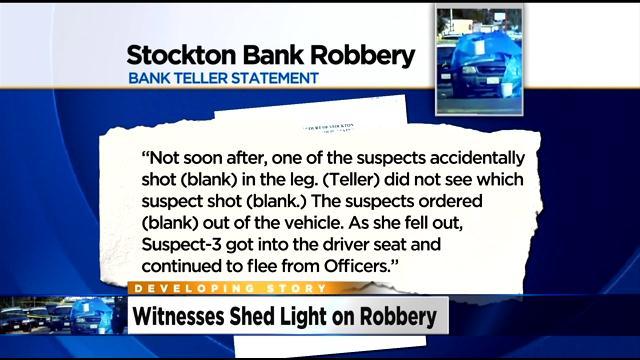 Once inside the Ford Explorer, the bank teller told police the suspects forced the bank manager to drive. One suspect sat in between the bank teller and Singh in the backseat, while the third suspect was firing at police through the back cab area of the SUV.

Not long after, the bank teller said one of the suspects accidentally shot the bank manager in the leg and later forced her out of the vehicle. The suspect in the passenger seat took over driving the Ford Explorer.
The bank teller said she recognized two suspects as the same men who robbed the bank a few months prior.