5:00 p.m. Update: The mother of Stephon Clark's children, Salena Manni, spoke for the public for the first time alongside her children, parents, and members of Clark's family.

"Our hearts continue to ache for the loss of Stephon Clark and the circumstances that led to his death. This must be a time for change. We need systemic reforms that reduce inequities, increase community confidence in our criminal justice system, and that reinforce the sanctity of human life. We need to bolster proven community policing programs and expand other programs that help strengthen bonds between law enforcement and the communities they serve.

But most of all, we need to acknowledge the hard truth — our criminal justice system treats young black and Latino men and women differently than their white counterparts. That must change," Newsom said

1:00 p.m. Update - Schubert getting into the legal analysis of the shooting incident.

12:59 p.m. Update - Schubert still discussing Stephon Clark's cellphone and what that says about his mental state.

12:44 p.m. Update - Schubert discussing what the police officers said immediately after the shooting. 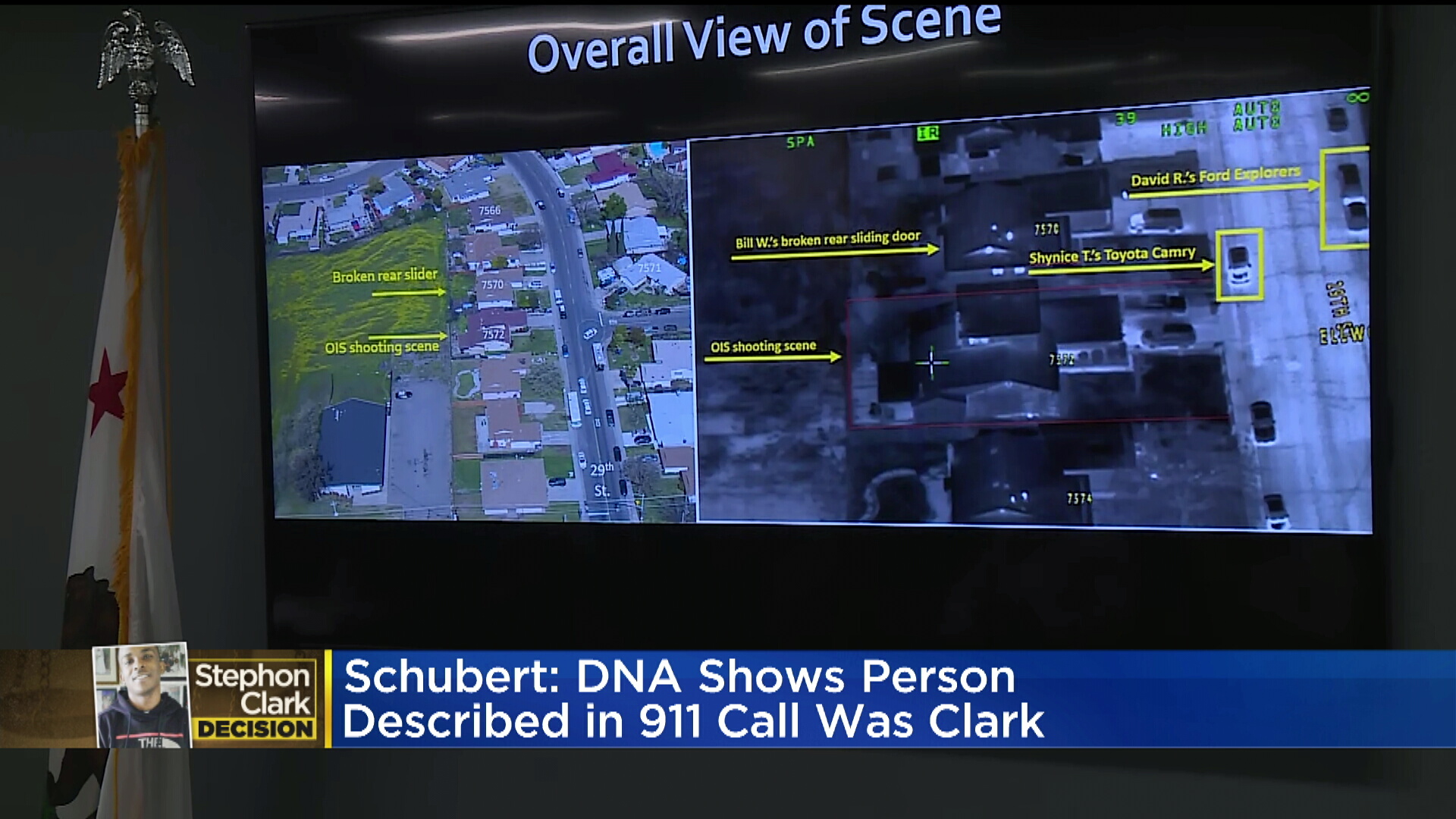 12:09 p.m. Update - Sacramento County District Attorney Anne Marie Schubert says her office's review does not address if there is civil liability, if police policy was violated, or if other police tactics should have been used.

The District Attorney's office has been reviewing the case since late October.

Originally, the DA's office said it aimed to complete its investigation into the officer-involved shooting within 90 days, but also said it might need more time.

In a statement last October, the DA's office wrote, "We will take whatever time is necessary to complete that process, as we balance our desire to complete this investigation review in a timely manner with the overarching need to ensure any conclusions we reach are the result of a thorough and methodical evaluation of the facts and the law."

Sacramento Mayor Darrell Steinberg focused much of his 2019 "State of the City" speech on Clark's shooting.

"How do I as your Mayor give voice to the pain that is so real and so raw in our community?" Steinberg said. "How do I as a relatively privileged white man let my suffering community members know they do not suffer alone — that their elected leaders are genuinely committed to change? How do I step into your shoes?"

Steinberg apologized to Clark's family and to the community. He also highlighted the steps the police department is taking to build relationships with the community.

"I do not know what the district attorney and the attorney general will decide over the days, weeks or months ahead," Steinberg said about the case. "If they decide not to bring criminal charges based on the existing state law, I know that there will be real anger about such a result."

The officers who shot Clark were responding to reports of someone breaking into vehicles in Sacramento's Meadowview neighborhood. They pursued Clark into his grandmother's backyard, and when they rounded a corner saw Clark holding an object they identified as a gun. They shot at Clark 20 times, hitting him eight times.

The officers, whose names we are not reporting, were placed on administrative leave after the shooting but were back on the job within a few weeks.

Sacramento city leaders have been meeting with community members ahead of today's announcement, asking for help in preventing similar protests.

The Sacramento Police Department changed some of its policies in the wake of the shooting, specifically telling officers not to mute the audio on their body cameras. The department also changed its policy relating to foot pursuits.

Stephon Clark's family recently filed a $20 million lawsuit against the City of Sacramento.

Stay with CBS13 all afternoon and evening for the latest on this breaking news story. We'll have the newest details here on our website, as well as on the air at 5, 10, and 11.

We have compiled all of our stories related to Stephon Clark here.