KEYES (CBS13) - A well-known member of the Stanislaus County community was brutally beaten while placing campaign signs, and police are investigating it as a hate crime.

It was Tuesday night in Keyes and 50-year-old Surjit Malhi had just placed his last sign at the corner of Foote and Keyes when he came upon two men waiting for him as returned to his truck.

"As soon as I saw them they threw sand in my eyes," Malhi said.

RELATED: Hate Crimes On The Rise In California, Report Says

And that was just the beginning of the attack. The two men proceeded to beat Malhi in the head, shoulders and neck.

"And I cleared my eyes and I saw them," Malhi said.

Blue eyes peeking through black hoodies is what he saw. And as the beating continued his attackers shouted, "Go back to your country!"

The same message, along with hate symbols such as the white supremacist version of the Celtic Cross, were spray painted on his truck. The version painted on the side of his truck has the cross mostly wrapped in a circle. It's featured in the logo for Stormfront, a prominent white supremacist site. 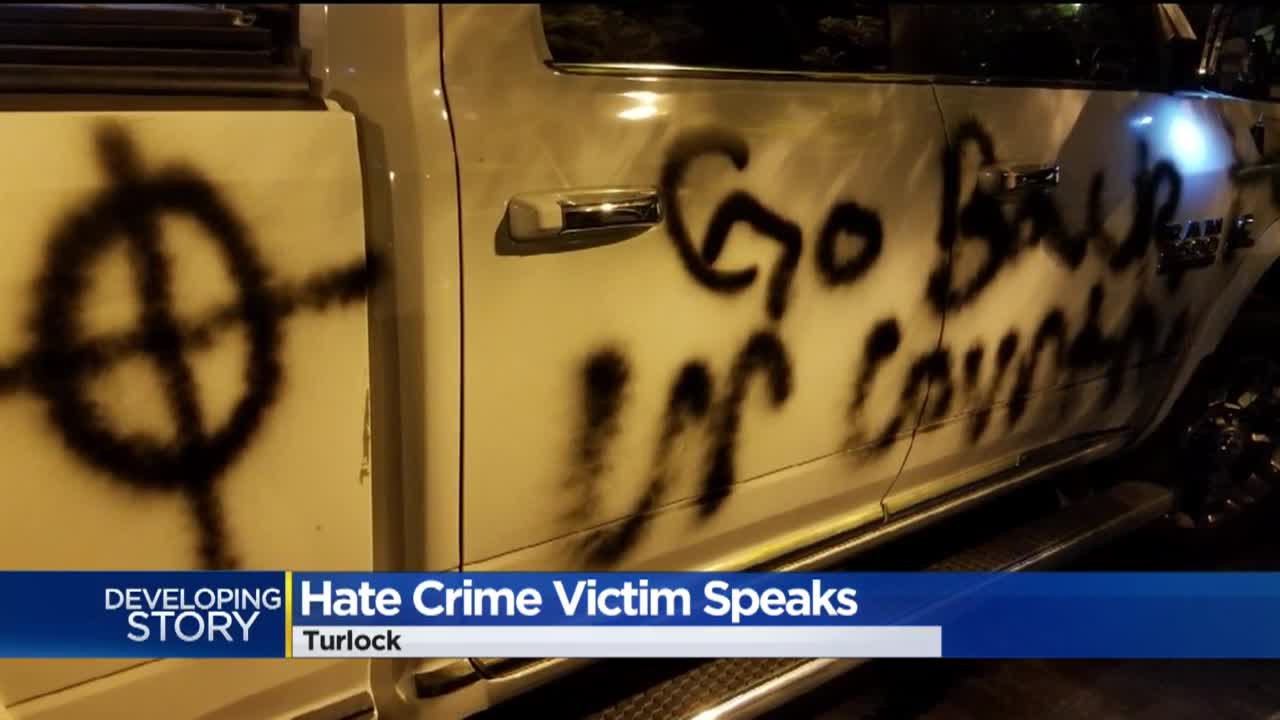 Malhi feared for his life.

"It's very scary you know. They were going to shoot me," Malhi said thought.

Ironically, Malhi says, it was his turban that softened the blows - the very symbol that may have sparked the hate.

"My turban saved me," Malhi said.

Malhi has been active in the Turlock community for years, raising thousands for homeless and fire victims, using trucks from his trucking company to deliver supplies.  He's a strong supporter of the Republican Party. The campaign signs he placed that night were for Congressman Jeff Denham and other members of the Stanislaus County GOP.

"I'm American 100 percent, no doubt, so they say, go back to my country? This is my country," Malhi said. "If you are a real American and you love America, you should not do that. That is not the American way."

Malhi still has headaches and dizzy spells, but says he's received an outpouring of support from political leaders and members of the community during his recovery.

He says he won't let the beating get him down and he will continue to place campaign signs and support the GOP. Police are still looking for the two suspects.