ROSEVILLE (CBS13) — Shana Pringle and her young son were found dead in a vehicle over the weekend, both suffering from gunshot wounds. 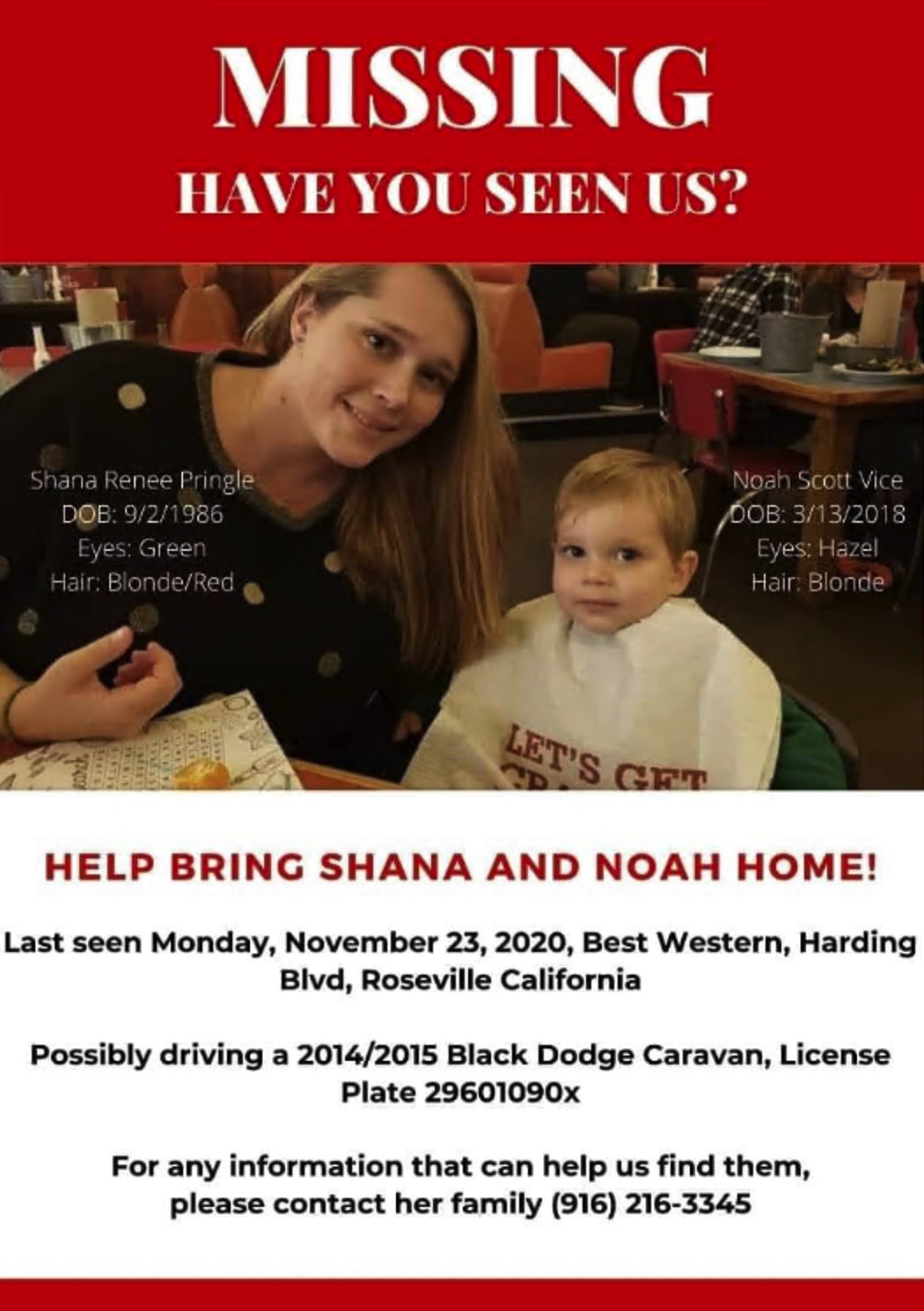 The Placer County Sheriff's Office identified two people found dead in a vehicle along Eureka Road Sunday as 34-year-old Shana Pringle from Lincoln, and her son, 2-year-old Noah Vice from Sacramento. The two were reported missing out of Sacramento County and last seen in Roseville on November 23.

"This just simply is the worst year that ever was, ever it's the worst," said Sarah Beilgard, a friend of Shana's.

Beilgard shared photos of Shana and Noah with CBS13. She had been working to find the mother and son after they were reported missing. She says Shana had been dealing with a lot of stress.

"So I think she did suffer from depression, especially with COVID and not having her own place, boyfriend breaking up with her. I think any normal person would have difficulty with that," Beilgard said.

Roseville police discovered the mother and son's bodies inside a van parked at a movie theater parking lot near Eureka Road. Officials say one gunshot wound appeared to be self-inflicted.

CBS13 asked the Sacramento County Sheriff's Office why an AMBER Alert was not issued when the two were first reported missing. They said there has to be imminent harm or danger to a child in order to issue an AMBER Alert, such as suspected kidnapping or criminal intent to take a child against their will. Because it was not clear Noah was in imminent danger at the time of the missing person report, an alert was not issued.

Beilgard wishes she could've helped sooner and is now left with memories of sitting in her backyard, the place where Shana and Noah all hung out last.