UPDATE 10/10/18: Steven B. Pucci, 58, of Folsom has been arrested on charges of  electronic observation of a person undressing in a private room, and possession of obscene material involving a minor.

FOLSOM (CBS13) — An investigation is underway in Folsom after a woman says she was being recorded while naked inside a tanning salon.

"What a sicko. A lot of crazies out there; you have to be careful," said one of the Salon's customers Amanda Wilcox.

Customers of tanning salons expect privacy when they're inside a tanning booth. But in this case- a woman says she noticed something strange that is now the subject of an investigation by Folsom police. 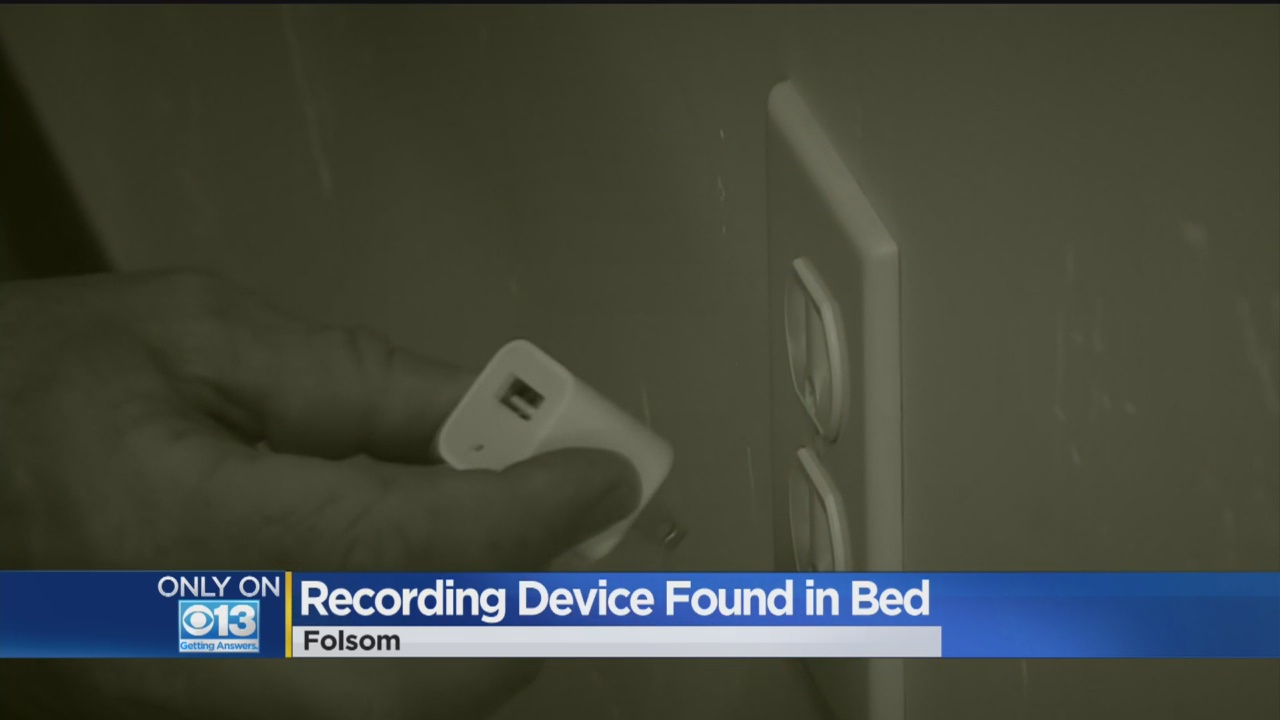 "I knew right away what it was, shocked a lot of things going through my mind," said 22-year-old Gina Piazza.

She says during a tanning session at the Folsom Sun Club in April, she noticed something that looked like a simple phone charger adapter plugged into a wall. But when she looked closer, she recognized that it was actually a video recording device.

ALSO: Search On For Man Accused Of Secret Recording In Campus Bathroom

"It's devastating. I don't want anyone else to feel what I felt. It's really scary," said Piazza.

"She was completely disrobed and apparently the device was set directly towards her crotch," said attorney Craig Ashton.

He says the tanning salon confirmed the camera belonged to a male customer who kept saying he forgot his charger in the room during the course of several months.

"The male customer would always go to bed number 3 since November and he would leave the device and come back to pick it up the next day; it happened multiple times," he said.

Ashton wants to know why the salon didn't catch this sooner.

"The first time, fine...he forgets a charger, but after several times, at some point, they've got to notice this is something unusual," said Ashton.

The tanning salon owner says the man's behavior didn't raise a red flag since people leave things behind all the time.

"I was devastated, I didn't think that something like that would happen in the 10 years that my husband owned the tanning business," said Desiree Portela.

Portela says customer safety has always been a priority for them. She says they don't believe there are other victims because the staff would remove any items that were left in the room each time after the male customer tanned.

But one employee with the business tells CBS13 that's not the case and that the device was not always removed or noticed right away. Employees documented that this was a regular occurrence with this customer, but there was no action taken by management to look into it further.

"We as a business are making sure nothing like that will happen again," said Portela.

She says they are inspecting rooms more thoroughly and now know what to look out for.

But there are concerns that the video could end up on the Internet and the question is: how much was recorded? And how many people were exposed?

"The issue is this info can be uploaded to the internet...there are fetish sites for tanning salon surreptitious videos," said Ashton. "If you're allowing your children to tan under 18, realize this could happen to them."

Folsom Police say they are investigating and no arrests have been made.

The salon owner says the male customer's home was searched, and that police are going through his computer and devices to see if there are other potential victims.