The San Jose Sharks have punched its ticket to the Stanley Cup Finals for the first time, and on last night's Tonight Show with Jimmy Fallon, a few players were in the spotlight.

Fallon's segment "Superlatives" focused on the NHL Stanley Cup Playoffs and the three remaining teams: the Sharks, and the Pittsburgh Penguins and Tampa Bay Lightning (who play Game 7 Thursday night). The segment is based off the players' headshots, while awards are handed out in a hilarious fashion.

Let's go through the Sharks appearances: 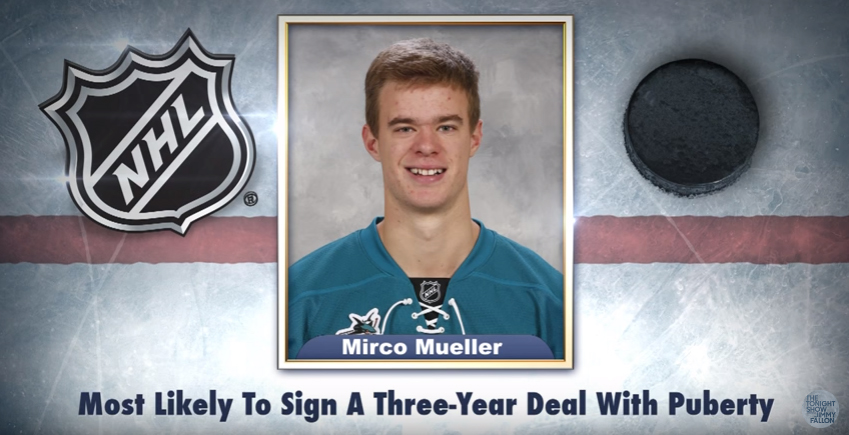 Okay, first of all, Meuller hasn't dressed in a Sharks uniform since April 9 and has only played in 11 games this year. Plus, he's 21, so puberty isn't that far away. 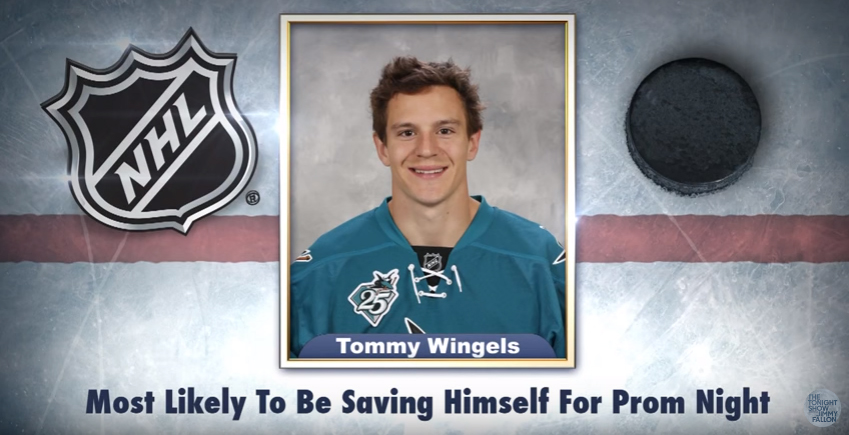 This. This is accurate and actually a running joke among Sharks fans. First: Wingels is 28 years old and is actually an active player for the Sharks in the playoffs (kudos to Jimmy Fallon's research team). Second: he still goes by "Tommy" - c'mon man, you're 28. Third: just look at him, he still looks like he's 15. 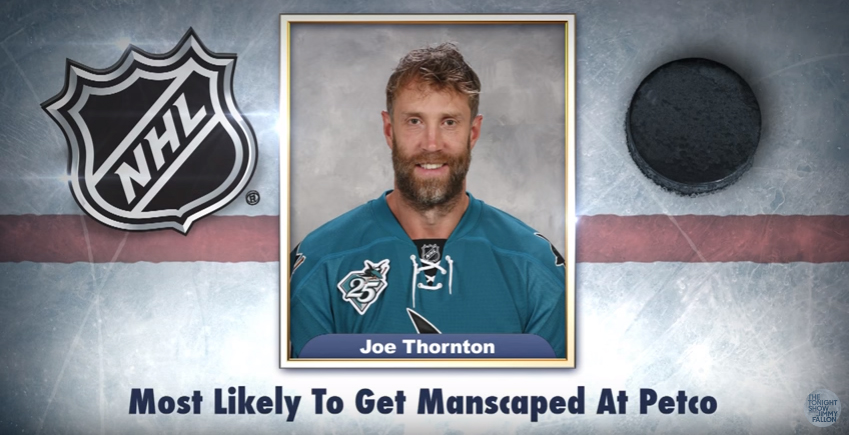 This one is also well-deserved. If only they had a more current picture of his beard - it's about five times as long as it is in this photo. He isn't called "The Mammoth" for no reason, you know. 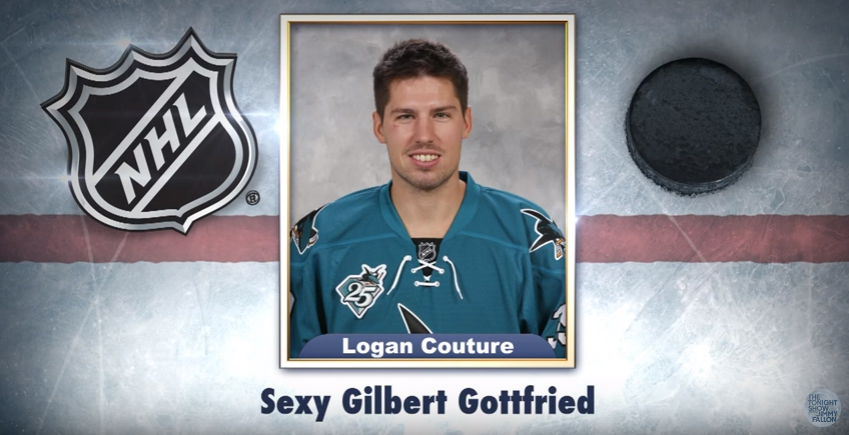 That's just funny. He's been called the best player of the postseason thus far with his league-high 24 points, but being called a sexy Gilbert Gottfried should be a first.