SACRAMENTO (CBS13) — A reckless driver is in custody after leading police on a chase through Sacramento Monday evening.

Officers tried to pull over a Jeep in the 6200 block of Mack Road just before 7 p.m. Instead of stopping, the driver took off, leading police on a shot chase.

Police called off the chase but their helicopter caught up with the Jeep, which crashed into some parked cars along Persimmon Avenue and La Mancha Way. 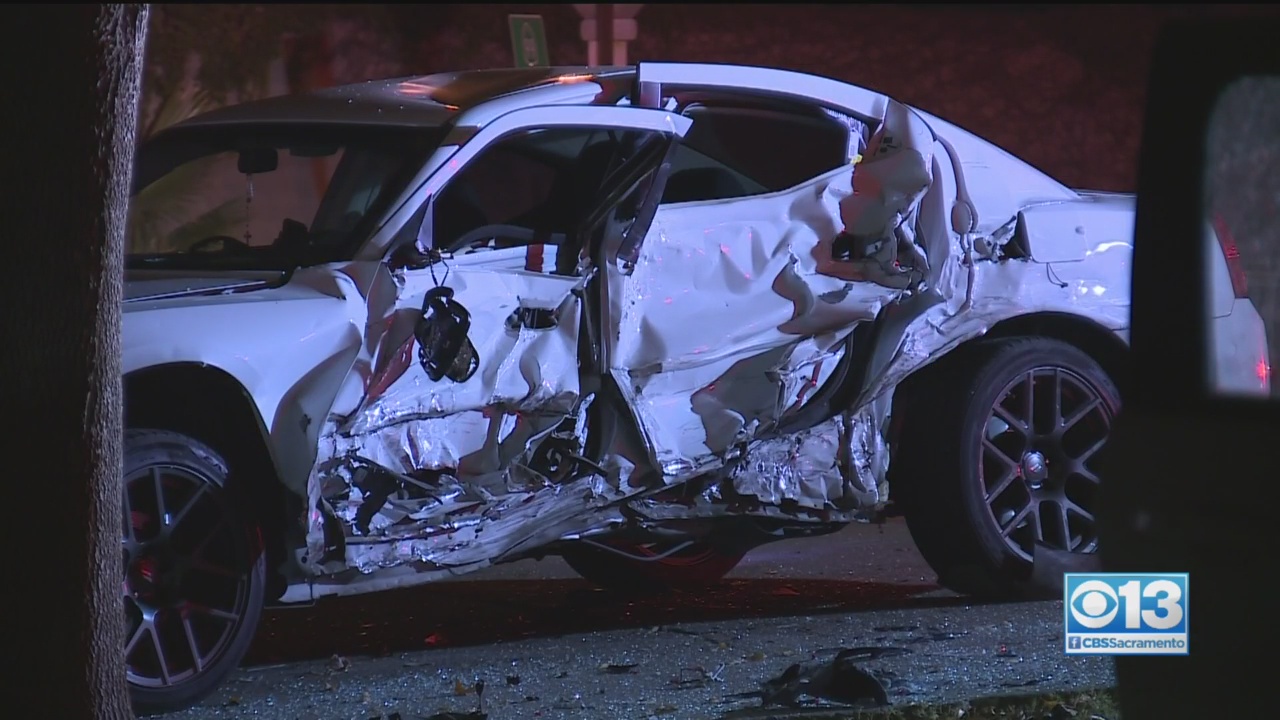 Police say the suspect got out of the vehicle after the crash, hopped a sound wall and ran across Highway 99. Officers were waiting for him on the other side and took him into custody.

The collision forced one man out of bed.

"I was watching football, laying in the bed in the bedroom. All of a sudden I heard this big boom and it was solid. And I felt the house shake," Danny Wayne Haight said.

No injuries were reported. Police also located a discarded firearm.