VACAVILLE (CBS13) - There are a lot of questions surrounding the double homicide at an apartment complex in Solano County where two females were recently found dead.

At around 1 a.m. on January 30, police received a call reporting a livestream of 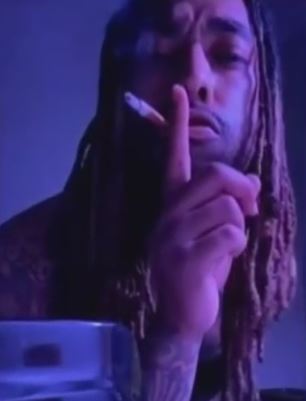 Weber holding a gun and two females lying motionless on the floor.

Police responded to the call and SWAT and the negotiation teams were also called out to the scene. After efforts to negotiate Weber's surrender were unsuccessful, officers evacuated nearby units and chemical and distraction devices were used, according to the Vacaville Police Department.

After nearly an eight-hour standoff, officers entered the apartment and used a taser to take Weber into custody.

Vacaville police confirmed to CBS13 that 26-year-old Savannah Theberge of Utah was one of the victims. Her mother says Savannah called last week to say she was engaged to Weber and that they were going to California.

The other victim, identified only by police as a 15-year-old Elk Grove girl, was also found dead. Vacaville police say they are looking into human trafficking as a factor leading up to the deaths.

Weber is facing several criminal charges, including two counts of first-degree murder and domestic assault. He appeared in a courtroom on Tuesday wearing a gray and white striped inmate jumpsuit and blue face mask. He was ordered to undergo a competency exam. He is due back in court sometime in March to discuss the results of that exam.

Weber is reportedly an Army veteran but is not currently an active-duty soldier and has no ties to Travis Air Force Base, according to a base spokesperson.

He was sought by police in 2014 for questioning after his brother Antoine Weber allegedly shot and killed Raymond's girlfriend, 19-year-old Nichole Duarte. She died two days later. Raymond was believed to be present at the time of the shooting.

Weber is the older brother of local rapper Marcus Weber, who goes by the name of "Uzzy Marcus."

[Editor's note: A previous version of this story incorrectly reported Theberge was 27 at the time of her death.]