4:30 p.m. UPDATE: Investigators say one of the four people killed by the gunman was a woman he was previously accused of stabbing.

4:05 p.m. UPDATE: A gunman driving stolen vehicles and choosing his targets at random opened fire "without provocation" in a tiny rural Northern California town Tuesday, killing four people and wounding at least 10 others, including a student at an elementary school, before police shot him dead, authorities said.

Police offered no immediate word on the assailant's motive, but a sheriff's official said the shooter's neighbors had reported a domestic violence incident a day earlier.

Witnesses reported hearing gunshots and children screaming at Rancho Tehama Elementary School, which has one class of students from kindergarten through fifth grade.

Johnston said one student was shot at the school and flown by helicopter to a hospital, and another student was wounded in a car on the way to school. He said no one was killed there.

Johnston said authorities believe they know the identity of the shooter but declined to release his name pending further investigation. He appears to have fired a semiautomatic rifle and two handguns at seven locations, authorities said.

Authorities tell KHSL they responded to a report of shots fired at the Rancho Tehama Reserve south of Red Bluff around 8 a.m.

The suspect reportedly started opening fire at a home, then moved to an elementary school, authorities say. Multiple shots and victims were reported at the school, the sheriff's office says.

An official at the Enloe Medical Center in Chico says they've received five patients, with three having already been treated an released.

Map of the area where the shooting happened: 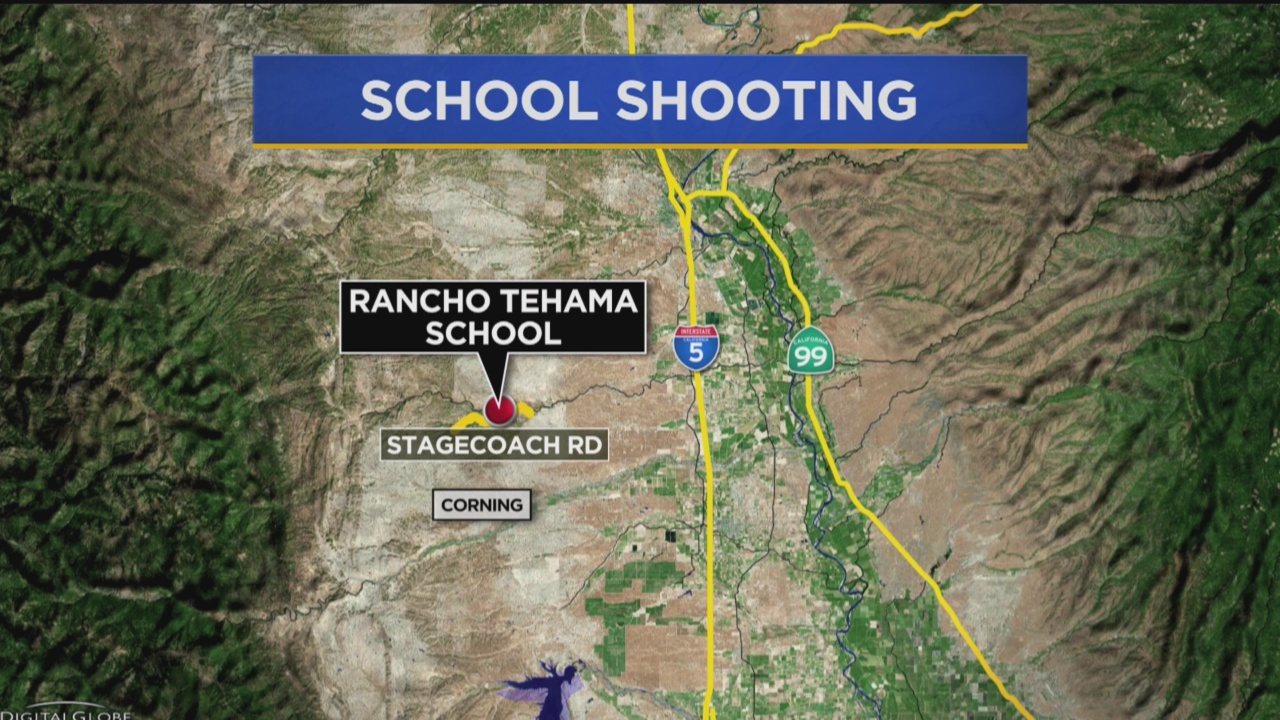 The suspect has been shot and killed by authorities, the Tehama County Sheriff's Office says. The sheriff says he does not have a list of victims, but he knows there have been at least five deaths total from the incident.

In total, authorities say the suspect injured 10 people in the shooting.

Deputies have recovered a semi-automatic rifle and two handguns.

Gov. Jerry Brown has issued a statement on the shooting, writing "Anne and I are saddened to hear about today's violence in Tehama County, which shockingly involved schoolchildren. We offer our condolences to the families who lost loved ones and unite with all Californians in grief."

More than 100 law enforcement personnel are in the area helping with investigating at least seven scenes.

The Rancho Tehama Reserve is about 130 miles north of Sacramento.