10:30 p.m.: A 4.5 magnitude aftershock hit the area of Walker in Mono County Thursday evening. The town sits near the epicenter of the magnitude 6.0 quake that rattled the central and northern California region just hours earlier.

The owner of the Walker Flea Market said the area was hit with around eight or nine aftershocks throughout the evening.

6:07 p.m.: The USGS said in a briefing Thursday that this now 6.0-magnitude quake was particularly uncommon for the area and poses a 6% chance that this is a foreshock of a larger quake. 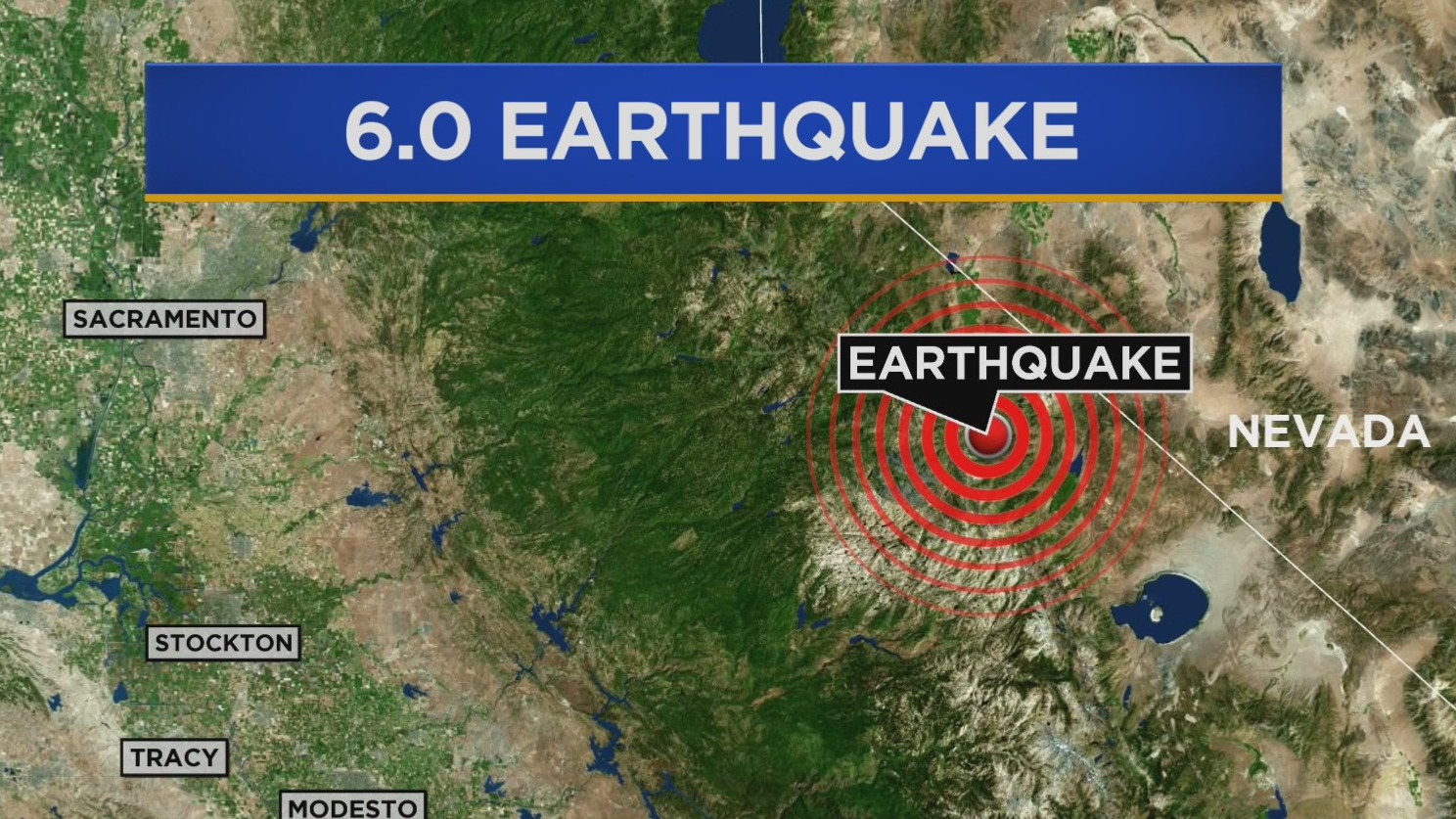 The agency said there hasn't been a great deal of damage reported, but shaking could be felt from the San Francisco Bay Area to the east of Carson City Nevada. The most damage accounted for so far was the Coleville rockslide.

According to the USGS, this was the largest quake in the region since a 6.1-magnitude quake in 1994. At least 40 aftershocks have been recorded so far.

Out in Mono County, photos from the Walker Flea Market show damage caused by the nearby earthquake. See them below.

5:24 p.m.: Victoria, a woman from Walker, California reports items falling off the shelves during the quake.  She estimates thousands of dollars in damage.

5:10 p.m.: A portion of Highway 395 has been closed due to rock slide concerns. The Mono County Sheriff's Office issued this statement:

"Things are shaking in Walker and Coleville! That 5.9 earthquake and several aftershocks have caused a rockslide on 395 at Chris Flat in Walker Canyon. No other reports of significant damage yet. It was felt throughout Mono County and beyond. And no, we don't know why it was labeled as 23 miles from Smith Valley."

SACRAMENTO (CBS13) – One earthquake and several aftershocks could be felt across Northern California on Thursday afternoon.

The US Geological Survey reports that a 5.9-magnitude earthquake happened on the eastern side of the Sierra in California, 19 miles SSW of Smith Valley, Nevada.

There were also more than a dozen aftershocks ranging from 3.1 up to 4.2, which were near the towns of Walker, Markleeville, Dardanelle, and Coleville. They all happened just within minutes of each other.

Rumblings could be felt in and around the Sacramento region, including West Sacramento, Stockton, Elk Grove, and in parts of the Bay Area, including San Francisco.

The California Office of Emergency Services said there are no preliminary reports of damage or injuries as a result of the quakes, but the situation is rapidly evolving. Cal OES said it is also looking into a 4.8 magnitude quake near Farmington in San Joaquin County. The USGS initially had that listed on its website but it has since been removed.