SACRAMENTO (CBS13) — A man who calls himself an American and told CBS13 "God bless America" tore down the swastika displayed on a Sacramento house.

The house in Sacramento's River Park neighborhood has drawn national headlines with its display of an Israeli flag with a swastika on it, among other symbols.

The display in part prompted a rally at the California state Capitol on Monday, with Jewish leaders calling for tougher rules against anti-Semitism. Some fear recent cases like the Sacramento display and the tagging of a Davis fraternity house with swastikas could turn into what happened 15 years ago. Three white supremacists set fire to three synagogues in Sacramento in 1999. 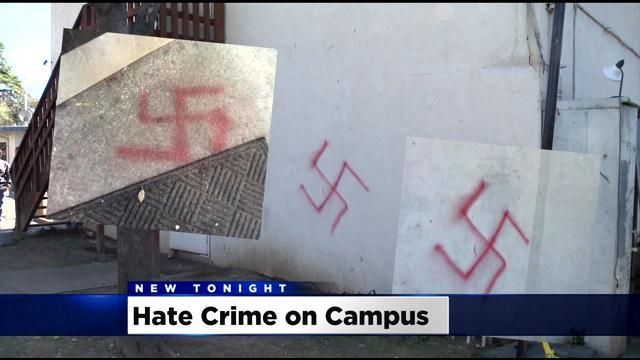 CBS13 cameras captured the suspect—a tattooed man in a sleeveless American flag shirt. Robert Dixon has been a prominent figure of the protest, standing outside the home with his signs supporting Israel.

He says he felt compelled to tear down the display, which featured a swastika on the American and Israeli flags, along with a wooden figure with its hands up. 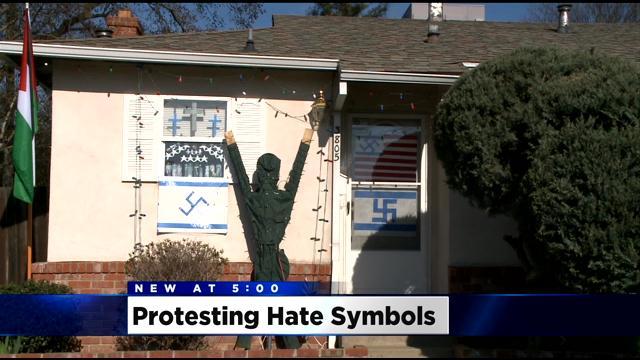 "This is despicable, what this man did," Dixon said of the homeowner, "defacing our flag and Israel's flag and it's been going on for five months. And I as an American am no longer going to be complacent, and I am going to do what I think needed to be done, for this neighborhood, for these people. God bless America."

Robert has been seen at previous protests, holding signs in support of Israel when the story was making national headlines last month.