SACRAMENTO (CBS13) — CBS13 got a look at the details of the allegations against a FOX40 morning anchor facing grand theft, burglary and conspiracy charges.

Sabrina Rodriguez was arrested on Thursday and is on voluntary leave.

Court documents obtained by CBS13 include text messages prosecutors say are between the couple. 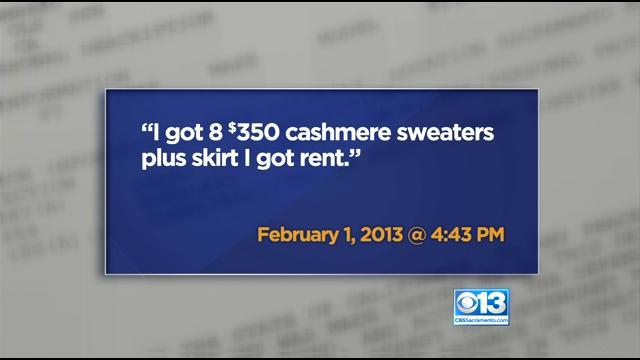 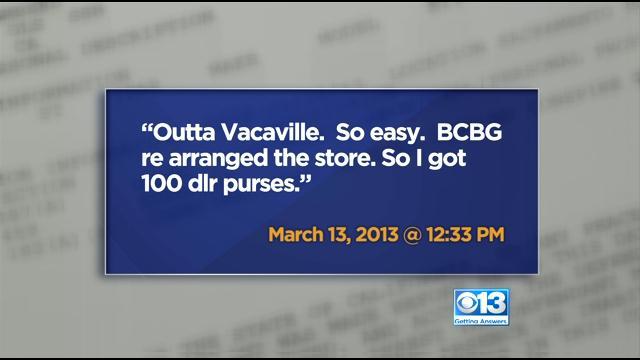 After several texts about logistics concerning how he'll get home, Rodriguez replies: "Awesome. I love when a plan comes together." 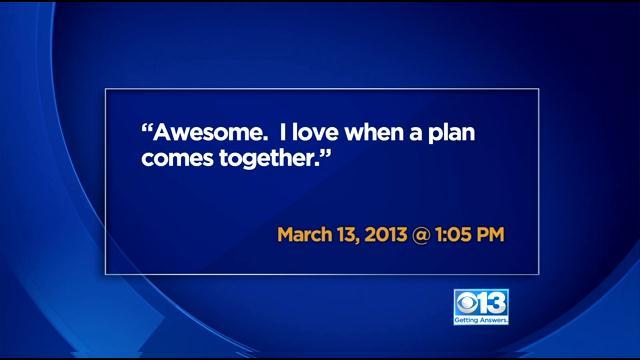 Less than two weeks later on March 24, 2013, a witness reported seeing Gray walk out of the Coach Outlet in Folsom with stolen wallets. According to the case summary, Rodriguez admitted to police to being in the store with Gray, but claimed to know nothing.

"Rodriguez is then observed picking up, and shaking a wallet at Nicholas Gray." 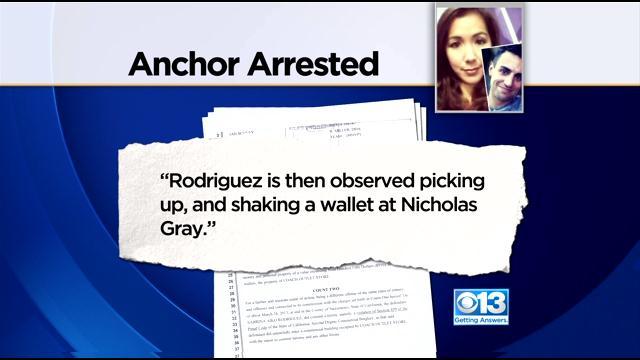 "As Rodriguez, turned away, Gray took the wallets off of the stand and placed them in his bag." 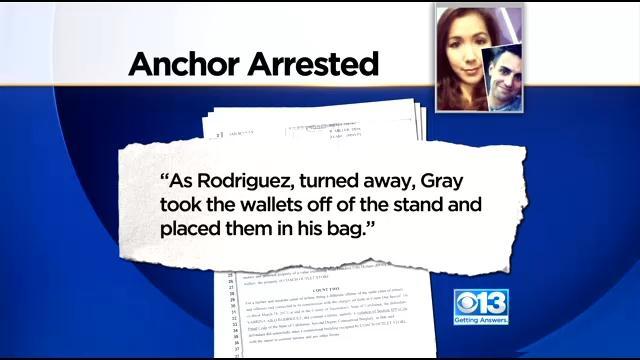 "Gray... placed them in a "Faraday bag" designed to defeat store security sensors..." 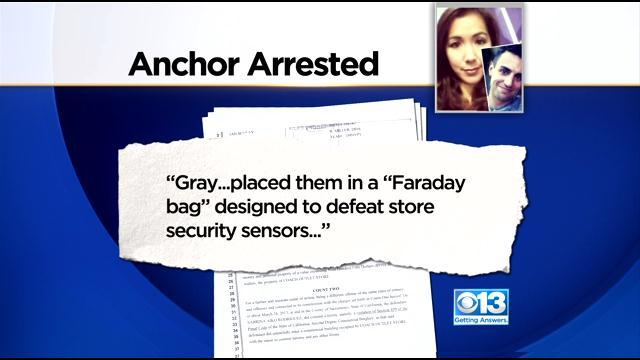 "It appears Rodriguez is selecting wallets and helping conceal the actions of Gray..." 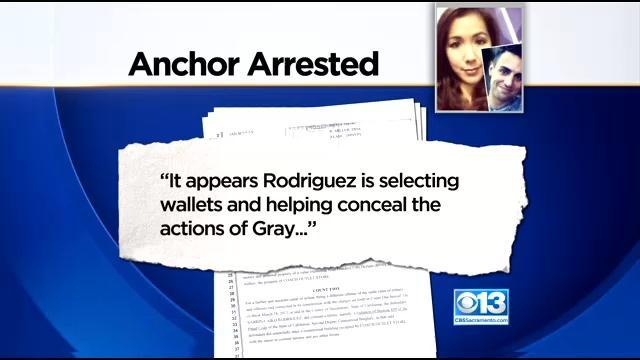 Then, there is an audio recording where investigators say, "Gray boasts he has stolen up to $200,000 worth of clothing within the last two months of the recording. He states that while going to San Francisco to get his methadone he steals from places like BCBG."

Gray was charged with theft in May 2013. He appeared in a Sacramento County courtroom on Monday to face separate arson and drug charges.

Rodriguez turned herself in on grand theft, burglary and conspiracy charges on Thursday. Her attorney tells CBS13 he's going to work hard to restore her good name and reputation and believes she is innocent.

Coincidentally in December of 2012, Rodriguez did a story on the secrets of shoplifting, where she spoke with an anonymous shoplifter who showed off the Coach handbags and other merchandise he allegedly stole.

That story and the video attached to it has since been pulled from FOX40's website.