A pair of pilots were reportedly working on the electrical system of a single-engine Beech V35B, manipulating the propeller, but said it wouldn't start. When the pilots walked away, the propeller suddenly engaged on its own and taxied away, hitting a car and a fence.

The pilots told police the plane took off at speeds around 40 miles per hour. The plane was moving toward the busy Mitchell Road after it clipped the parked car.

"If it was to get over that [grass] and get onto Mitchell, we would really have had a problem on our hands trying to stop that plane with nobody inside it," said Sgt. Mark Phillips with the Modesto Police Department.

Phillips said it was a good thing the plane hit the vehicle because it changed direction, diverting the plane from a hanger that was occupied at the time of the incident. Two structures were damaged by the plane, but no one was hurt in the crash. 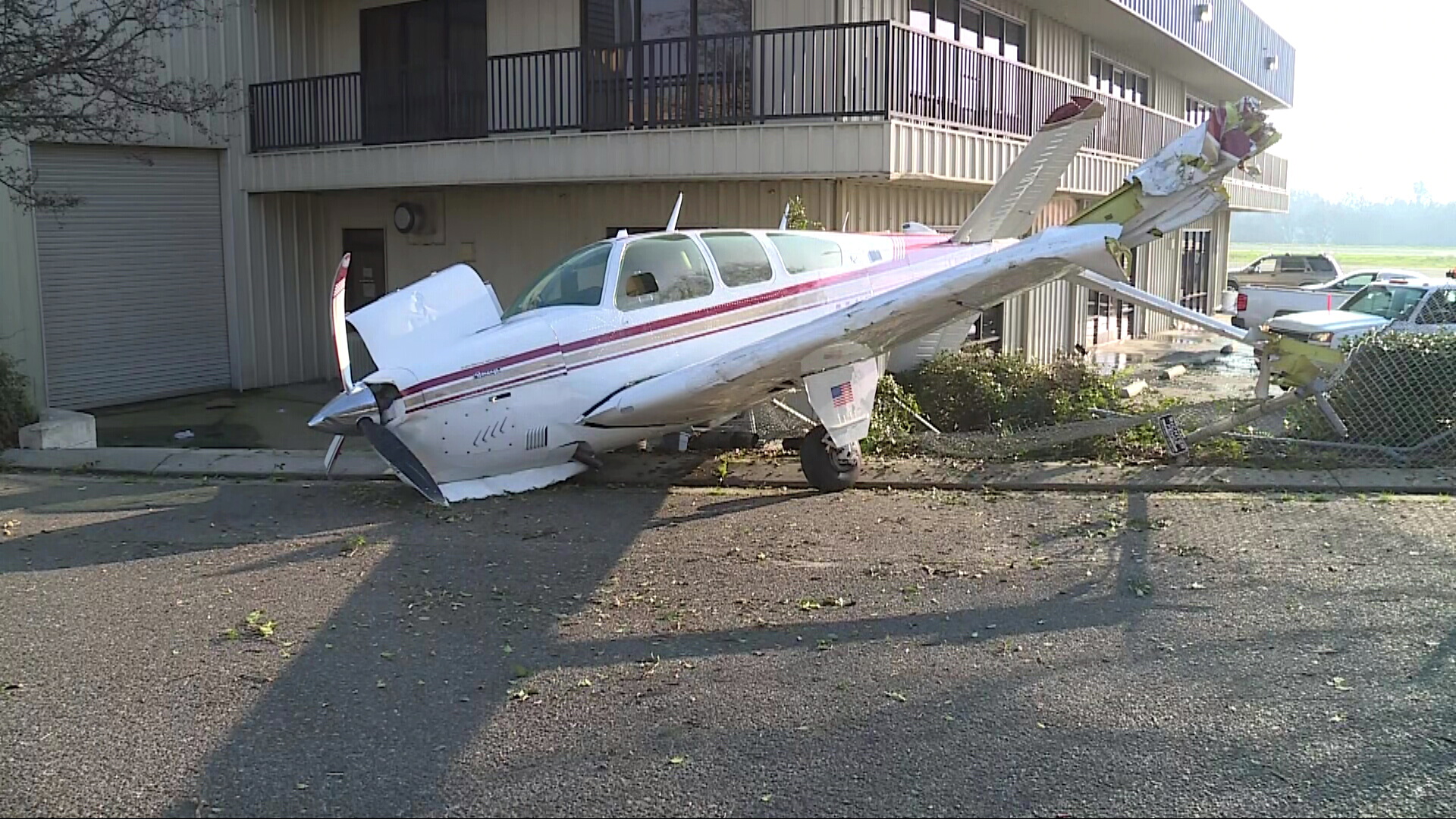 The building belongs to DC Air, which is owned by Dan Costa of 5-11 Tactical. He was apparently inside at the time of the crash along with numerous other people.

The plane is registered to Doncam Consulting, LLC in Modesto, according to the FAA database. The FAA went to the scene to investigate the crash and wrapped up their investigation Wednesday afternoon. There is no official word on what caused the plane to take off.

The plane suffered extensive damage in the incident. 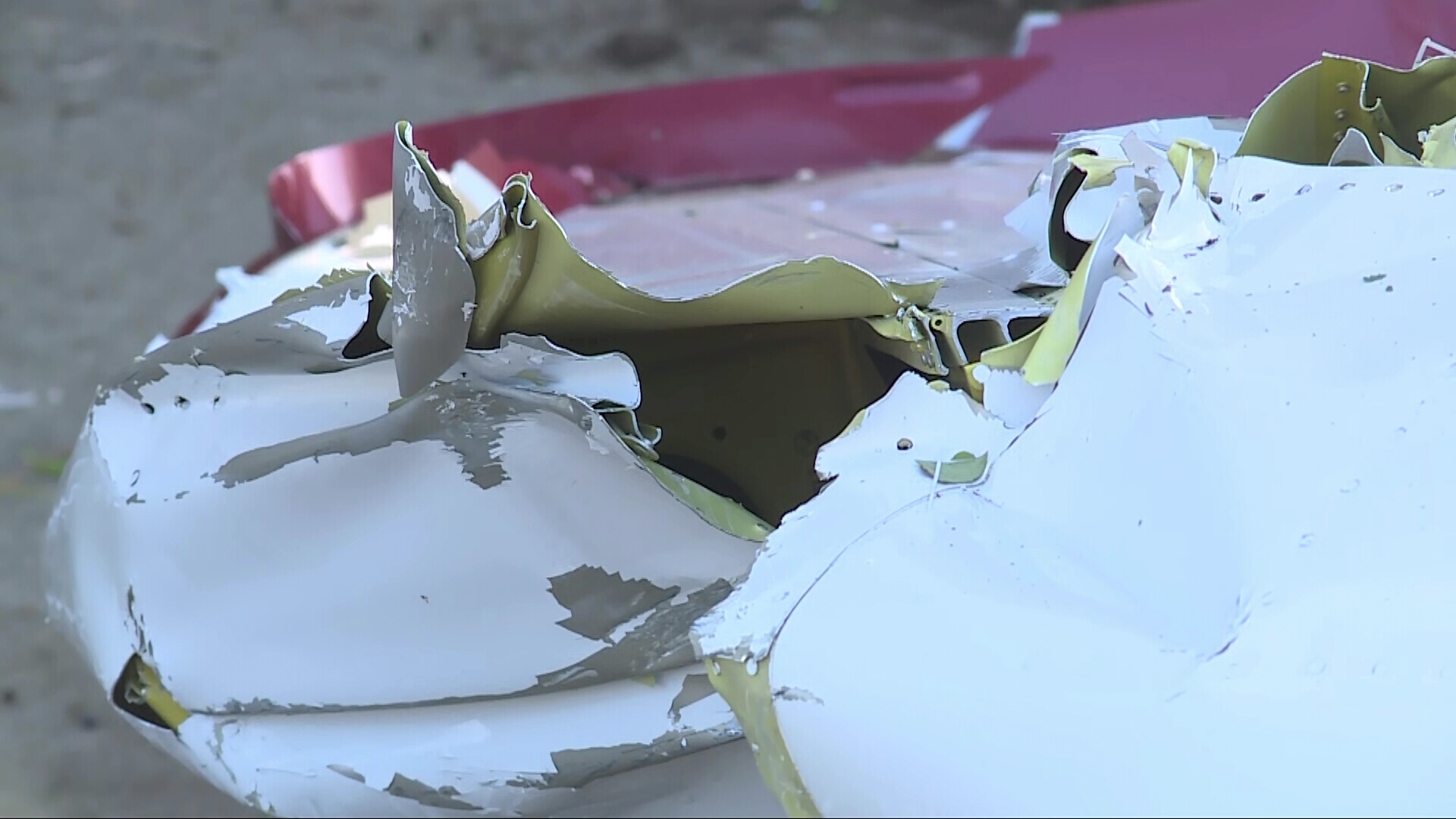 Heavy machinery was on its way to the airport to lift the damaged plane out.