AUBURN (CBS13) — Vandals ripped out the lifelines on Auburn's Foresthill Bridge: call boxes placed along the way for anyone thinking about taking their own life. 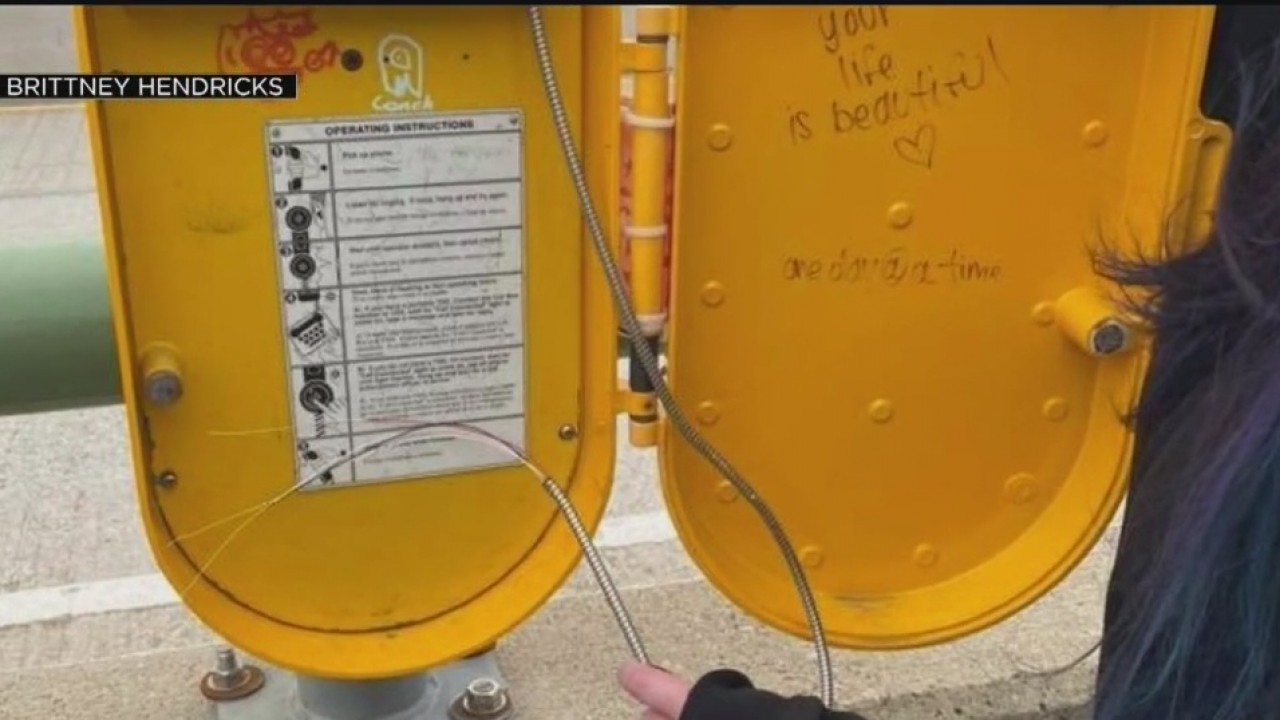 Brittney Hendricks' passion is creating works of art, but her latest tattoo of the Foresthill Bridge for a client has a deeper meaning to her.

"Every time someone is out there, you know, with the intention of jumping or threatening to jump, everybody local kind of holds their breath," Hendricks said.

So, she started the Notes of Hope: Suicide Prevention group that places positive notes along the bridge. The notes are just one of the things available to convince people not to take their lives, like the six call boxes that are linked to a suicide hotline.

The Notes of Hope group says two days ago they came out to the bridge to check on damaged signs. When they opened up the call box, they noticed phones in two of the call boxes were ripped out.

Some people who walk the bridge are dialed into the same feeling that Hendricks has.

"I couldn't imagine the evil type of person who would do such a thing. These call boxes are obviously here for a reason," Dennis Burch said.

Placer County got word of what happened to the call boxes and answered the call to fix them.

"So when we found out about it yesterday afternoon, I got on the phone with our vendor and email, and within less than four hours they had them repaired," Kevin Taber, the engineering manager for the road maintenance division for the county's public works department, said.

This is the first time the phones have been vandalized but not the notes.

CBS13 asked if the county if cameras or some kind of surveillance system can be installed to make sure the phones and signs are vandalized again.

"Potentially. That might be throwing good money after bad," Taber said. "We can't have a camera on every piece of county property."

Hendricks said she knows the cameras are costly, but she thinks they could watch out for more than just vandals.

"If we could get cameras right in front of the call boxes, not only could that be a lifeline for somebody who's contemplating suicide, if it is being vandalized, we could you know take it to justice," Hendricks said.

Placer County says it didn't cost much to fix the phones, ballparking repairs at around a couple hundred dollars.

Hendricks tells us that notes of hope have helped save 37 people from jumping at the Foresthill bridge.

If you are struggling with depression or have thoughts of suicide, there is help. Call the National Suicide Prevention Lifeline toll-free number, 1-800-273-TALK(8255).