Kayte is back! She, Dave, and Nate talk the Oklahoma City Thunder, Russell Westbrook, the Cleveland Cavaliers, and Warren Sapp's comments on Myles Garrett for Morning Brew. Then, more on Russell Westbrook's clash with a reporter after yesterday's playoff game.

Dave, Kayte, and Nate talk about Patrick Beverly's confrontation with a fan after a playoff game this weekend. Then, Threefer Madness featuring Warren Sapp, the Rockets and Thunder series, and Warriors head coach Steve Kerr missing games. Then, Dave explains his parenting when it comes to what teams his kids can root for. 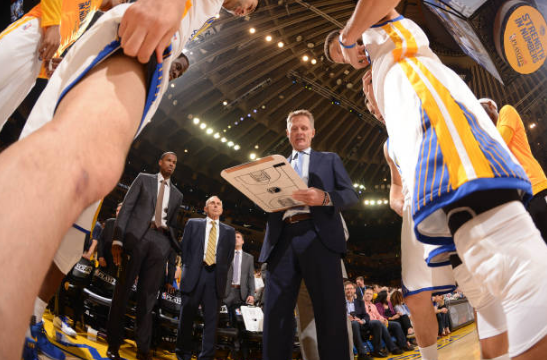 Dave, Kayte, and Nate talk about Steve Kerr's injuries and how it may effect the Golden State Warriors in the playoffs. Then, some talk on LaVar Ball before Re-Brew to end the show.