SACRAMENTO COUNTY (CBS13) – The latest on an officer-involved shooting in Sacramento County:

Investigators are not sure if a man who was arrested after a pursuit was the only person inside the room at the time of the shooting, but they do say he is the one who fired off the balcony and is believed to have shot deputy Bob French.

A procession of law enforcement vehicles left the hospital with the French's body.

Sacramento County Sheriff Scott Jones has said a deputy has died as a result of the shooting.

Robert "Bob" French, a 21-year veteran, died on his way to the hospital after being shot in the chest. French was a training officer.

He is survived by his live-in girlfriend, adult children and his grandchildren.

"All agencies and departments lost a brother officer," Jones said. "We'll survive this, we will, as a community, we'll survive together. We've been through it before, but it is painful. It will take a period of grieving. And we will come together and through it with courage and resolve."

The two CHP officers who were wounded are expected to survive their injuries.

The weapon involved is believed to be a high-power rifle.

"The reality is if someone's willing to take that first shot, there's very little we can do in self-defense," he said.

Authorities are saying there could be two other suspects still inside the Ramada Inn where officers were shot at.

Evacuations are not in place in the Arden Arcade area, authorities say. People are being told to shelter in place for now.

There is no timeline on how long people in the area will be in shelter-in-place orders.

A total of three suspects have been detained in connection to the incident that left three law enforcement officers hurt.

A full timeline of events can be found here.

Parents picking up students from El Camino High School, which was on precautionary shelter in place, are being asked to used the parking lots facing Eastern Avenue.

School officials are also saying that parents should try to make arrangements with their kids to be picked up in the Subway parking lot on El Camino or the Whole Foods shopping center.

Authorities are now saying that a total of three law enforcement officers were shot near Fulton Avenue and Auburn Boulevard.

All have been transported to the hospital. Their conditions are unknown at the moment.

An officer has been shot along Auburn Boulevard, authorities say.

The scene is along the 2600 block of Auburn Boulevard.

The condition of the officer is unknown, per the Sacramento County Sheriff's Department.

It is unclear which department the officer belongs to. According to the Sacramento Police Department, none of their officers have been hurt.

No suspect information is available at the moment.

The area is on lockdown and authorities are telling neighbors to get inside.

El Camino Fundamental High School and Arcade Middle School were on precautionary shelter in place for a short time.

Traffic is backing up on westbound Business 80 as California Highway Patrol has the Fulton Avenue offramps blocked due to the investigation. Authorities are asking drivers to avoid the Fulton Avenue and Auburn Boulevard areas for the time being. 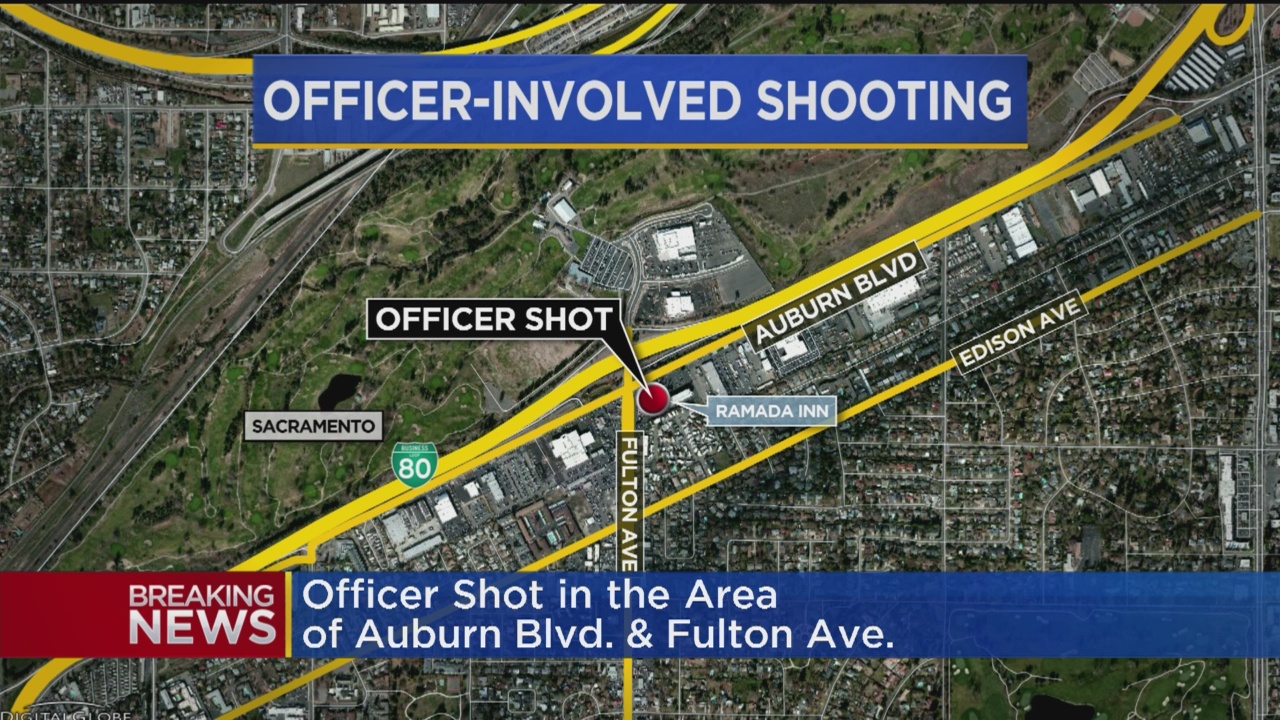