NEVADA CITY (CBS13) — Before the gold rush, the land that had the Sierra Nevada mountains to the east and what is now known as the Sacramento River to the west was home to the Nisenan Tribe. Today, the same land is known as Nevada County and the number of Nisenan hovers around 150 — thousands less than a century ago.

Gold was discovered in 1848 and brought miners from all over the world. By the mid-1850s, there were an estimated 120,000 miners at work in California. This history is most commonly associated with Nevada City and Grass Valley today, but Nisenan leaders want to put their story back on the timeline.

Covert is a member of the Nisenan Tribe and has worked with her family and extended family to create an exhibit that puts their history in front of the public to read, feel, and remember.

Located in the 'UBA SEO gallery in Nevada City, Erased is an exhibit filled with the timeline, art installations, and family photos that tell the story of the Nisenan.

The tribe was federally recognized by an executive order in 1913 but that was terminated by Congress in 1964. They had a reservation on Cement Hill, called the Nevada City Rancheria, until that termination. It's a decision, Covert said, she is working to overturn for the future of the Nisenan.

"These are some really dark, sad moments in time that I think the native people have really held themselves," said Covert.

Covert's mother worked to attain the federal status for the tribe, too. She's taken on the role of activist for the tribe and said she wants people to know the truth about history and her ancestors.

History of the Nisenan Tribe

The Nisenan tribe's way of life changed at the start of the gold rush due to the influx of miners and settlers to their land. Many Nisenan villages were consolidated between the 1840s to 1850s, according to CHIRP. 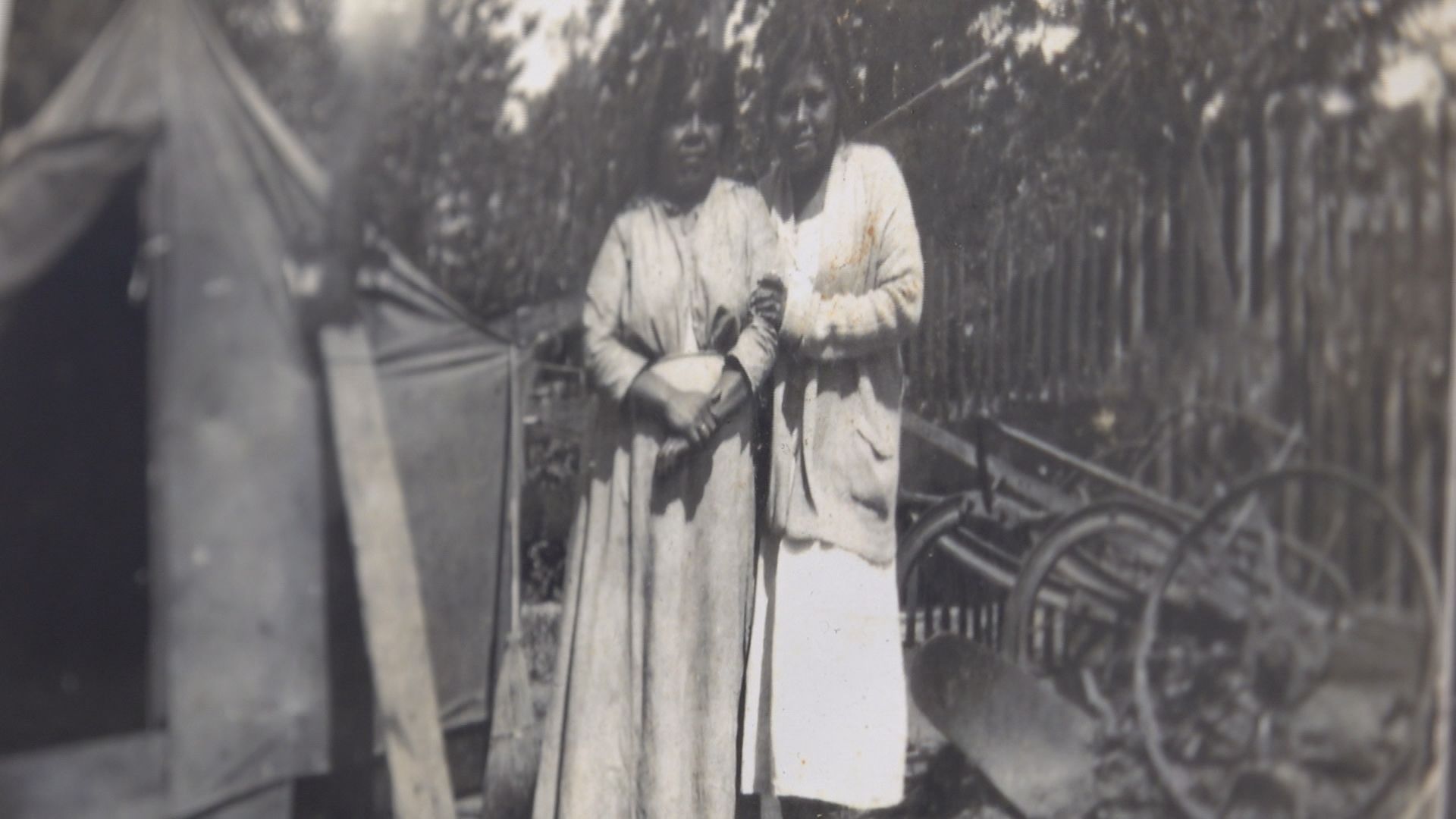 At the same time, the U.S. implemented the federal policy known as, "Indian termination," which removed the statuses of federally recognized Native American Tribes, including the Nisenan. With the loss of their ancestral land, the Nisenan also lost rights to nearly all of their ancient burning (cremation) sites and burial grounds. Today, one burial ground survives and is protected.

When the terminations were deemed illegal in the 1970s, the Nisenan tribe did not receive their federal recognition back. Today, there are 109 federally recognized Indian tribes in California, according to the California courts. There are also about 45 tribal communities of formerly recognized tribes that were terminated as part of the United States' termination policy or tribal communities that were never recognized by the federal government — one of those, the Nisenan.

The Nisenan language is extinct, according to Covert, who said as a child she didn't understand how it could be extinct when her grandmother would tell stories or sing in the Nisenan language. The traditional language of the Nisenan people is also called Nisenan, which means "from among us."

She notes, the exhibit's name Erased, is a reference to the Nisenan's inaccurate label as "Maidu" or "Southern Maidu," but they are separate. They have their own distinct languages, territory, and above all, Covert said, the Nisenan do not identify as a Maidu subgroup.

Recognizing these differences, Covert said, is one way to put the Nisenan history back in the story.

"Understanding how the people were erased is the most painful part," said Covert.

Her research mixed with family stories and memories shaped the timeline outlined as part of the Erased exhibit. The "hurdles," Covert said, that the Nisenan have endured are "dark." She said it was sometimes difficult to learn the details of the crimes taken against her ancestors, but necessary so that others may learn, too.

The Future of the Nisenan Tribe

Recognition. This is ultimately why Covert, the tribe, and the Erased exhibit co-curators like Ruth Chase use art to tell stories. By connecting through the emotional stories of Nisenan tribal members, Chase said this exhibit differentiates itself.

"What is different from his exhibition is we're bringing the emotion, the trauma, and the present time with us," said Chase.

Covert is focused on federal recognition. Today, there are 574 federally recognized American Indian and Alaska Native tribes and villages. This status allows a government-to-government relationship with the United States, "with the responsibilities, powers, limitations, and obligations attached to that designation, and is eligible for funding and services from the Bureau of Indian Affairs," according to the U.S. Department of Interior Indian Affairs.

These benefits, Covert said, are important to help tribes, like the Nisenan, break cycles of substance abuse, poverty, or education disparities.