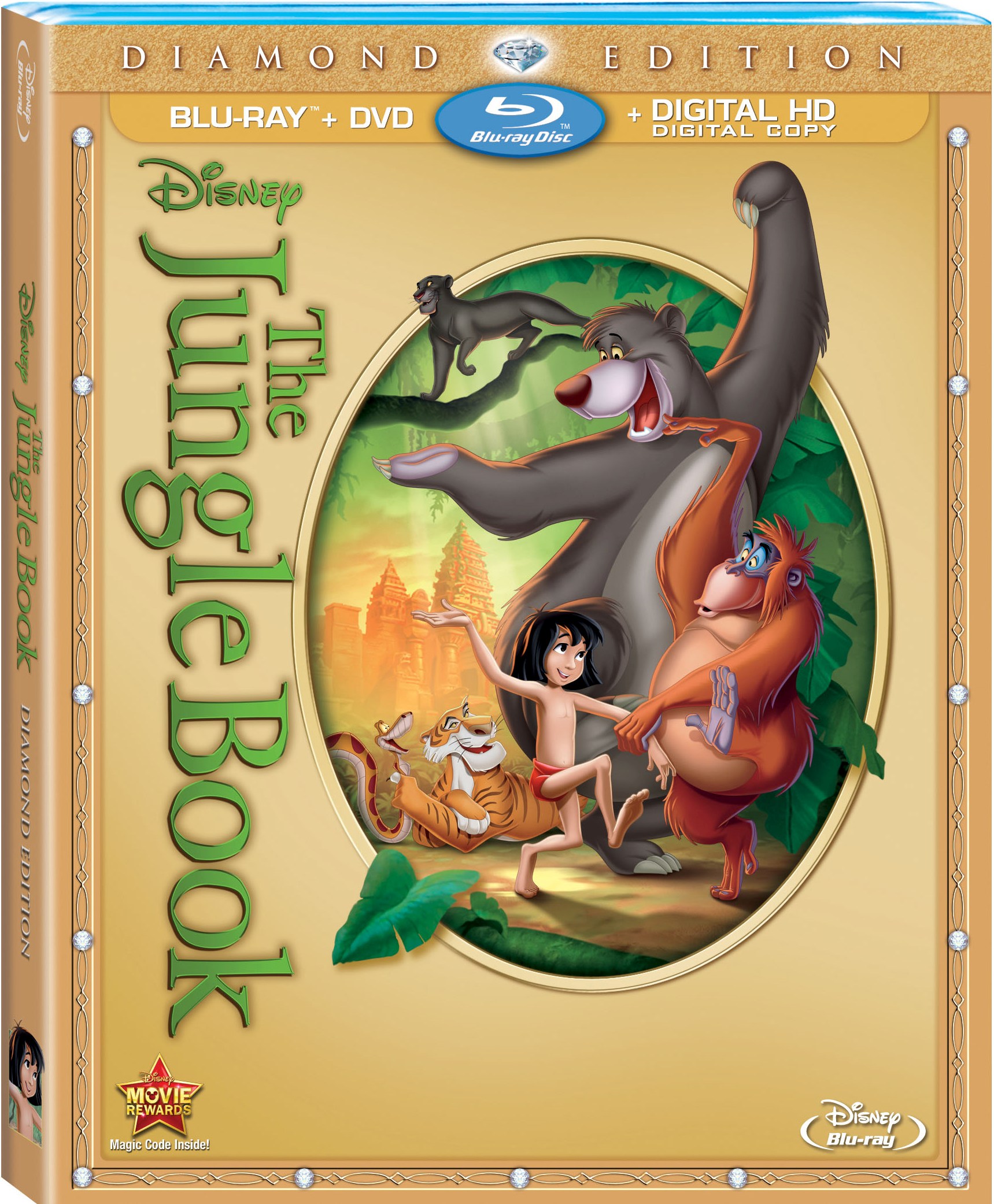 The Disney Diamond Edition of "The Jungle Book" is a treasure. The movie has been re-mastered, making the colors brighter, images crisper, and adding depth to the picture. The sound has also been upgraded to 7.1 DTS for Blu-ray and 5.1 Dolby Digital for DVD, allowing you to really hear the instruments in the songs and enjoy the classic songs "I Wan'na Be Like You" and "The Bare Necessities". It feels like watching the movie for the first-time all over again. And the kids love the animal characters; my daughter is absolutely mesmerized by the orangutan King Louie. The movie portion is only 78 minutes (almost the same time length as a toddler's attention span) and I don't mind hearing the songs from the movie three or four times a day.

Even though some may have the opinion that the triple format is a bit overkill, I appreciate having the Blu-ray, DVD, and Digital HD versions. It allows us to watch it on Blu-ray at home, drop off the kids at the grandparents' house with a standard DVD (for their low-tech set-up), and use the Digital HD stream version and play it on the go when we are out and about with little ones.

Overall, I recommend adding (or replacing your previous edition) this Disney classic to your collection. The Diamond Edition is worth the few extra dollars for all the extras and for the superior quality of picture and sound. It truly does enhance the viewing experience.

To learn more about this release, visit disney.com/junglebook.