SOLANO COUNTY(CBS13) — Two years ago, Jerry Balasek got out of Paradise alive. He never thought he would have to escape another fire after losing everything. 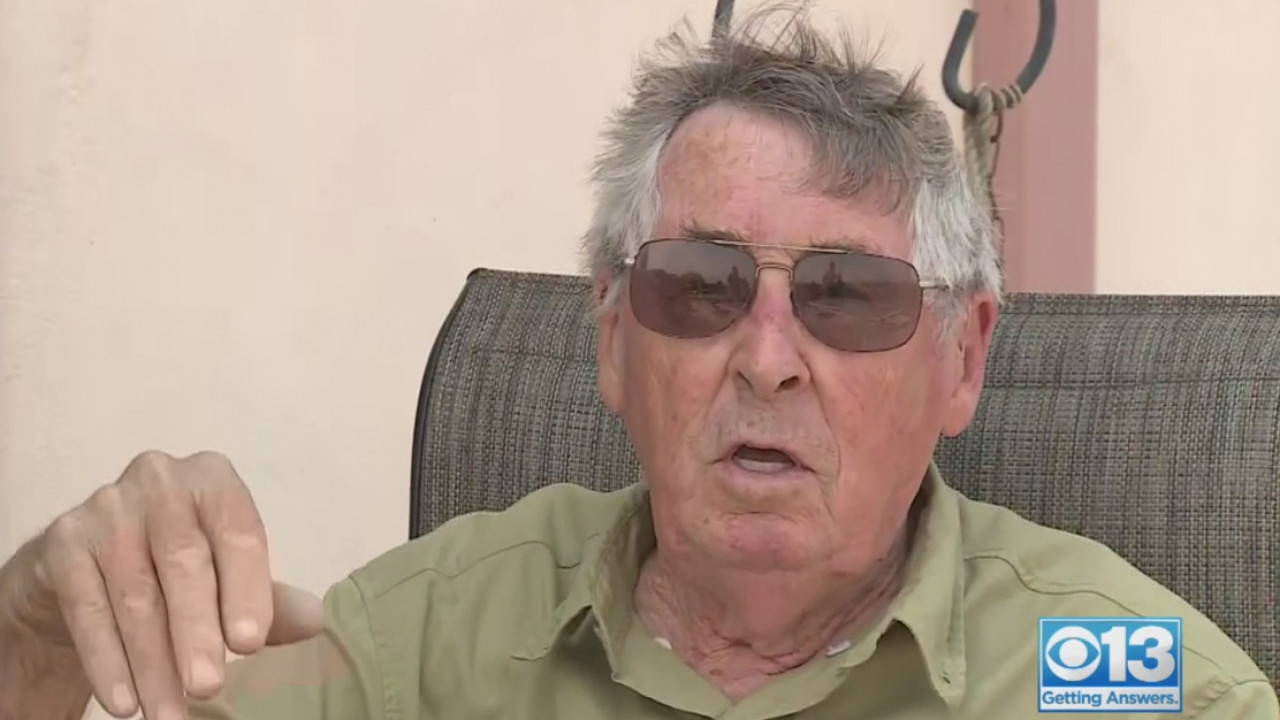 "Paradise was burning around you but it was quite different. This is kind of like the wild west over here," he said.

The LNU Lightning Complex Fires came close to Jerry's son's home, where he now lives. The hills surrounding the property were scorched.

"I ran back in the house and said 'go,'" said Kurt Balasek, Jerry's son.

Kurt kept an eye on the fire by sleeping in the family's living room in case conditions changed — and they did.  Within minutes, Jerry and his daughter-in-law found themselves fleeing with flames surrounding them.

"The fire had come down started spotting here and went around the south side of my hill and they both went right into the flames," Kurt explained.

"You just step on the gas of the car point it through and go," Jerry said.

But the road was dark made it hard for Jerry to see. He says a horse that was running away from the flames headed straight towards his van.

"It just came and boom hit my van head-on," he said.

The impact knocked out his headlights, making the road even darker.

He's happy to be alive and share what he went through, never imaging a fire would rush him out of his home again.