SACRAMENTO (CBS13) — A statue commemorating one of the biggest figures of Sacramento's past has been vandalized. 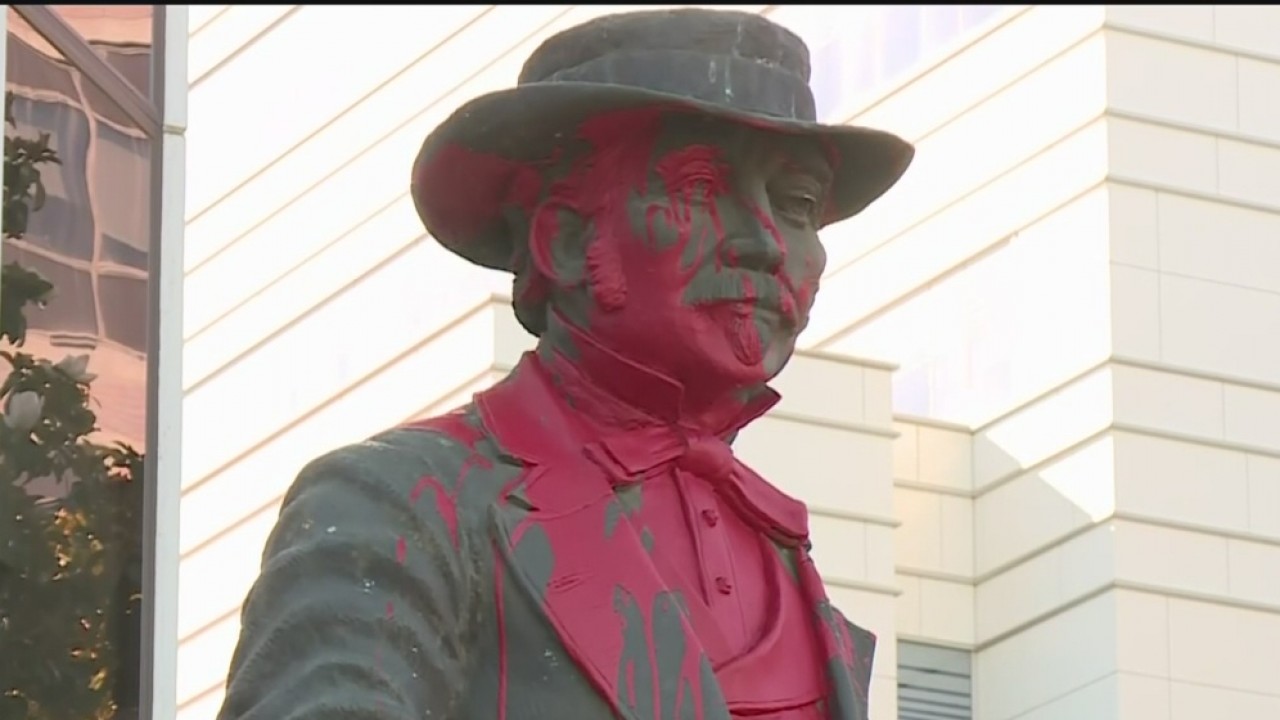 The statue of John Sutter outside of the Sutter Health Medical Center hospital near 28th and L streets was covered in red paint late Monday night.

Sutter was a 19th-century European settler and pioneer who founded the Sutter's Fort trading post in what would eventually become the capital of California. Several landmarks, schools, a mountain range and even a county are named after him.

His legacy isn't without controversy, however. Historians have noted that Sutter enslaved hundreds of Native Americans as part of his business.

Historian Steve Beck said Sutter was seen as "an icon of the energy of industry and of the building of agriculture and community."

"He opened the floodgates that allowed migration. His fort became a destination for people arriving here to the United States. And once gold was discovered here in 1848," Beck said. "The values that people had in the middle of the 19th century are very different than we have in the 21st century."

It's those "old" values, according to Beck, that may have led to renewed scrutiny over parts of Sutter's past and prominent place in the community.

"There's a lot of controversy of whether the Indians who worked for John Sutter truly worked for wages or whether they were simply slaves," Beck said.

Beck says in 1839 when the Swiss-German immigrant was building the first settlement in Sacramento, it wasn't uncommon to use Native Americans as a workforce, which sometimes exposed them to mistreatment.

"There is a lot of original source evidence of people who actually, visually saw Sutter paying the native people for their labors, and yet there is oral history to suggest those people were nothing more than slaves in this environment," Beck said.

The vandalization comes amid a nationwide reexamination of statues honoring historical figures. In Virginia, amid the protests over the death of Minneapolis man George Floyd, a push is underway to take down a controversial statue of Confederate Gen. Robert E. Lee.

Sacramento police say they are investigating the incident.