REDDING (CBS13) — There is a growing, underground movement of people who believe California's drought is part of a government conspiracy instead of a naturally occurring event from a lack of rain during the last four years.

The movement's leader, Dane Wigington, says he's putting his life on the line to reveal a truth that will shake society to its core.

From the outside, it's clear the hundreds showing up beat to a different drum. But stepping inside a packed Redding auditorium is like walking into another world. Outlandish ideas like weather warfare and climate engineering—in other words, weather control—are accepted as basic fact. 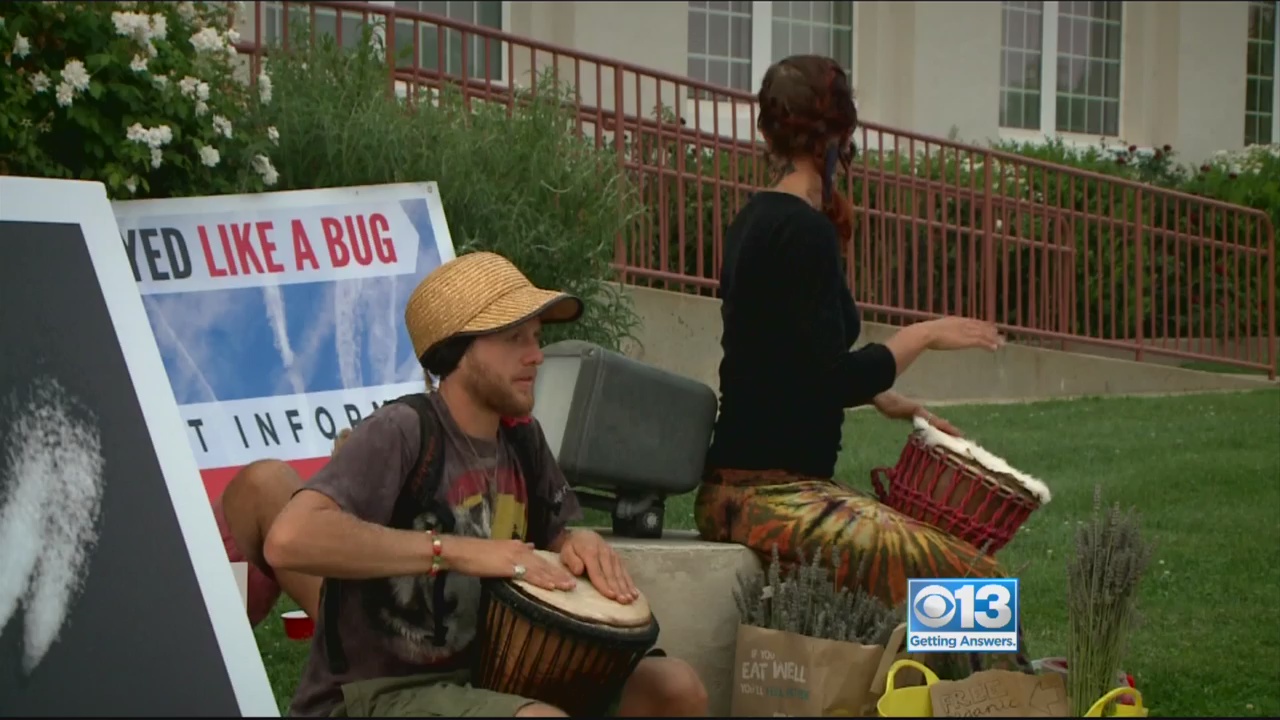 "Climate engineering is the single greatest assault on the environment ever launched by humanity, without question," he said.

Wigington, the lead researcher for GeoEngineering Watch, is sounding the alarm.

"It's a responsibility—it's not an option, it's an obligation," he said.

He claims grainy, shaky video is part of a mountain of evidence showing shadowy government forces are using planes to secretly spray fine particles of heavy metals like aluminum into the sky. The purpose, they believe, is to block some of the sun's direct rays from reaching the earth in a desperate attempt to slow global warming. 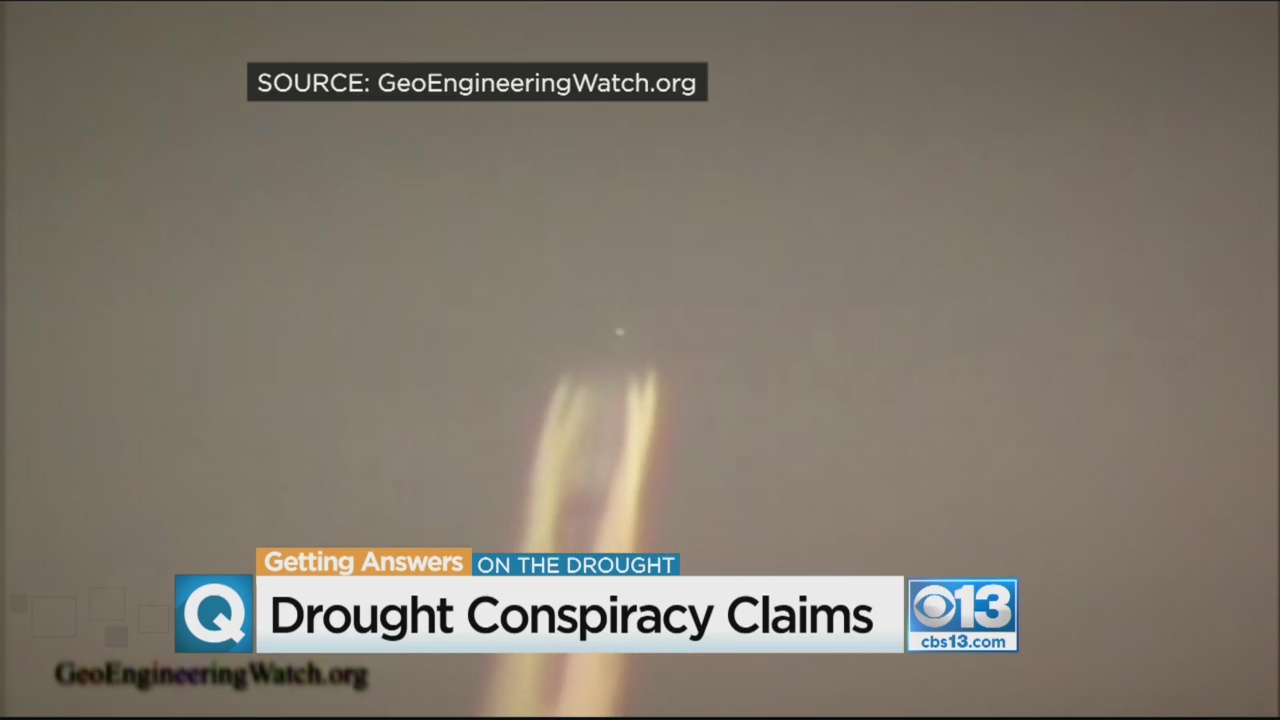 "The list of corroborating material we have is immense, including lab tests that prove the same elements named in geoengineering patents—aluminum, barium, and other heavy metals are raining down on us in massive quantities," he said.

If you're skeptical, this won't help—he claims the spraying is happening off the coast of California comes with an incredibly serious side effect. The heavy metal particles are blocking rainfall, effectively steering California's somewhere else.

In other words, climate engineering, they say, is to blame for the harshest recorded drought in California's history.

REPORTER: You're talking about weather control.

WIGINGTON: Yes, we are.

REPORTER: You know that sounds crazy. To an outsider, this sounds impossible; it sounds like science fiction.

WIGINGTON: You can't interfere with the climate system, putting aerosols, fine particles into the atmosphere without affecting the rain, can't do it.

REPORTER: What you're saying is, that this drought is being directly caused?

WIGINGTON: There's no question. The connection is inarguable.

Kyaw Tha Paw U is a UC Davis professor of atmospheric science and biometeorology with degrees from MIT and Yale.

"I would find it more likely—I'm not saying it's actually happening—but it's more likely there are extraterrestrial visits to the Earth (laughs) than this kind of thing happening," he said. "I don't know anyone in my field who believes that."

The idea of climate engineering is out there, but actually doing it is another matter, he says. Civilian planes and most military aircraft can't fly high enough to even make it feasible. He says the contrails people see behind planes are essentially ice clouds forming and is perfectly normal.

The video from Wigington appears to show a spray between the contrails. The professor says it looks like a rare issue involving pressure variations that causes a trial to form behind the wing and not just the engines' exhausts.

But Wigington is used to skeptics. He once was one. 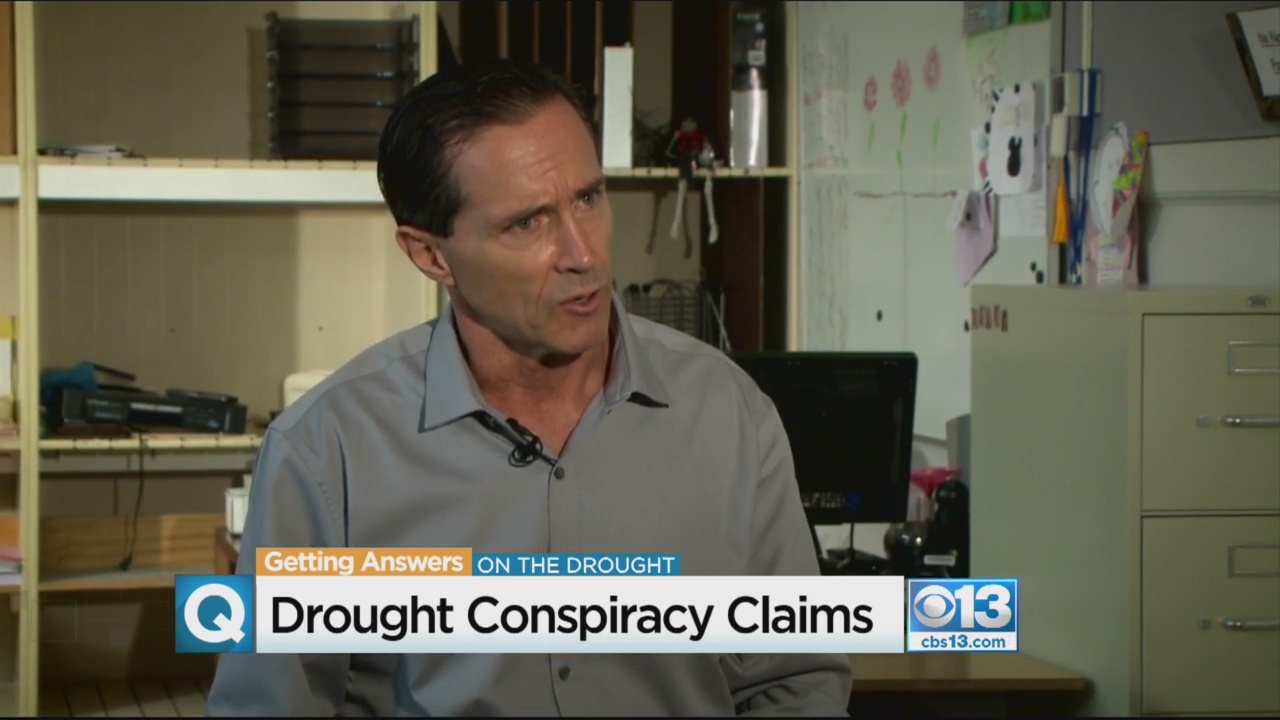 "Talk is cheap for those who haven't investigated. I didn't want to believe this either," he said.

His background is in solar power, but he started investigating on his own about a decade ago after becoming suspicious. that something was partially blocking the sun's energy from reaching his solar home.

He decided to go public.

"I can't not do this. It's the last thing I ever wanted to do. I'm not a political person, I'm not an activist, I'm simply a father that wants his children to have a future," he said.

His group is gaining more attention. More than 1,000 people showed up in Redding from across the country. The panel included a former California Fish and Game biologist, a former U.S. Forest Service biologist and a U.S. Navy veteran.

"I've spoken to NOAA scientists face-to-face who've told me off the record they know this is going on, but they're afraid to speak out because they have no First Amendment protection. I've been it the field with USDA soil scientists, same. I've been told by congressional representatives, same," he said.

The underground movement has more than its share of critics, including scientists who dismiss the weather control claims as pseudoscience and conspiracy theory talk without reliable evidence.

"The negative things we like to find reasons for, and conspiracy theories are one of the ways to try and find a reason for it, when we don't fully understand what's going on," Kyaw Tha Paw U said.

Wigington is 100 percent certain climate engineering is happening and is causing California's drought.

The truth, he says, will cause a global shockwave.

"The data backs this up; I've already bet my life on this fact and again, those who doubt this is going on, those who want to deny, those protecting their paychecks and pensions by denying it will not be able to much longer. The damage is too cataclysmic. There will be no hiding this issue much longer," he said.