GRASS VALLEY (CBS13) — A Grass Valley police officer is recovering after surviving a hit-and-run collision with a wrong-way driver on Highway 49 Thursday.

The wild scene started when police surrounded the suspected car-thief at a gas station, and the suspect took off running.

The initial confrontation was captured on gas station surveillance video. Video shows police vehicles pulling into frame to surround a silver sedan. With the sedan cornered, officers give their orders. Their suspect eventually gets out of the passenger side door and begins to raise his arms as instructed, before making a run for it.

A close up shows that suspect, who police have identified as 37-year-old Patrick Grady.

Another camera shows him running from the gas station, with officers giving chase on foot. The foot chase led to the Hansen Brothers Enterprises construction company, where Grady allegedly stole a truck.

He then got on Highway 49, driving the wrong way, where he slammed into a Grass Valley Police SUV head-on.

Police dispatch audio captures the frantic moments leading up to the collision:

Incredibly, the Grass Valley officer was able to get out of the vehicle on his own and is expected to be OK.

The suspect also got out of his allegedly stolen truck and kept on running.

Police finally tracked him down and arrested him on a nearby trail. 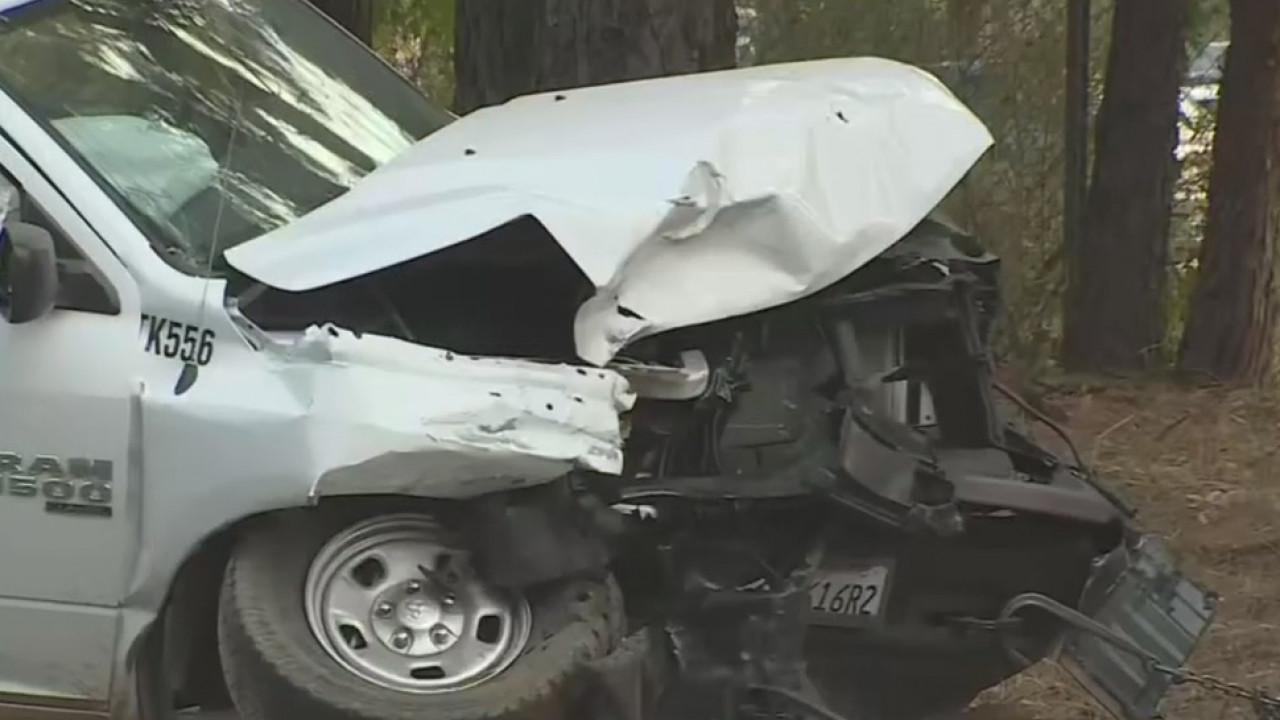 Jeff Hansen is the owner of the work truck the suspect allegedly stole. He says he saw it happen.

"Oh yeah, he swerved to hit me, there was no doubt about it," Hansen said. "It was pretty unnerving, not something you see every day."

A chaotic crime spree by a brazen suspect. First running away from cops. Then crashing right into one.

The officer was checked out and was expected to be released from the hospital Thursday night.

The suspect also only suffered small injuries. He is being booked into jail tonight.