FOLSOM (CBS13) - A restaurant owner in Folsom posted a "slow service sign", asking customers to be patient with the short-staffed taqueria desperate for employees to come back to work.

Taco Loco is a popular eatery here in Folsom and posted a sign explaining to customers why service might be slow. 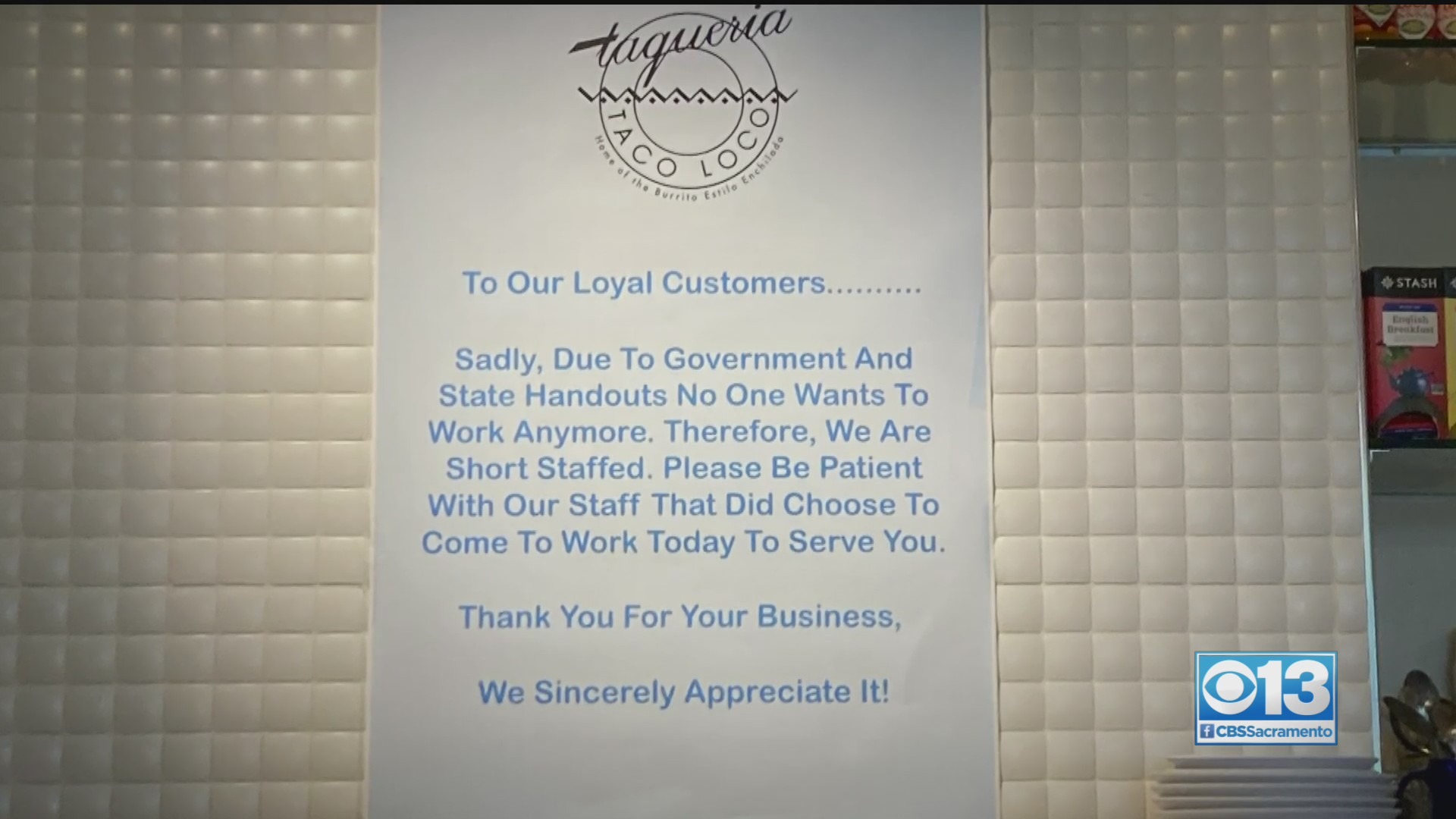 "To our loyal customers. Sadly, due to government and state handouts no one wants to work anymore. Therefore, we are short staffed…

"Please be patient with our staff that did choose to come to work today."

John Voels owns a restaurant down the street from the Tacqueria. He says he understands the frustration.

"It's hard to find people who want to work right now," says Voelz, who owns the nearby RESET Café by Day.

Reluctant restaurant workers are now relying on unemployment after months of whiplash.

"They were laid off and they went on employment and they come back and then they get laid off again. It's a back-and-forth situation. Why not go on unemployment? It is an easy paycheck," said Erica Oresky who frequents Folsom restaurants.

But what does a packed dining room mean for the servers who stayed?

We asked economist Barry Broome what short-staffed restaurants mean for their local communities.

He says it could even close them. It's a domino effect, if labor shortages close restaurants, communities bring in less sales tax, which could be detrimental to the economy.

"We were big proponents of keeping families stable during the pandemic. Now that the economy is coming back we need the labor market."

CBS13 did reach out to the owner of Taco Loco in Folsom to ask him specifically about his sign. He did not immediately want to speak with us.