FAIRFIELD (CBS13) — One person was killed and two others were hospitalized after an early morning shooting in Fairfield, police said Sunday.

According to the Fairfield Police Department, the three gunshot victims were found near a business on East Tabor Avenue. Reports of the shooting came in just after 5 a.m.

The person killed was pronounced dead at the scene. The conditions of the other two victims are unknown at this time.

The suspect was later identified as 25-year-old Fairfield resident Trine Martinez, however, his whereabouts are still unknown and he is still sought by law enforcement. 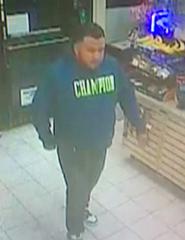