AUBURN (CBS13) – An Auburn couple is fighting with Caltrans over the price of their property. 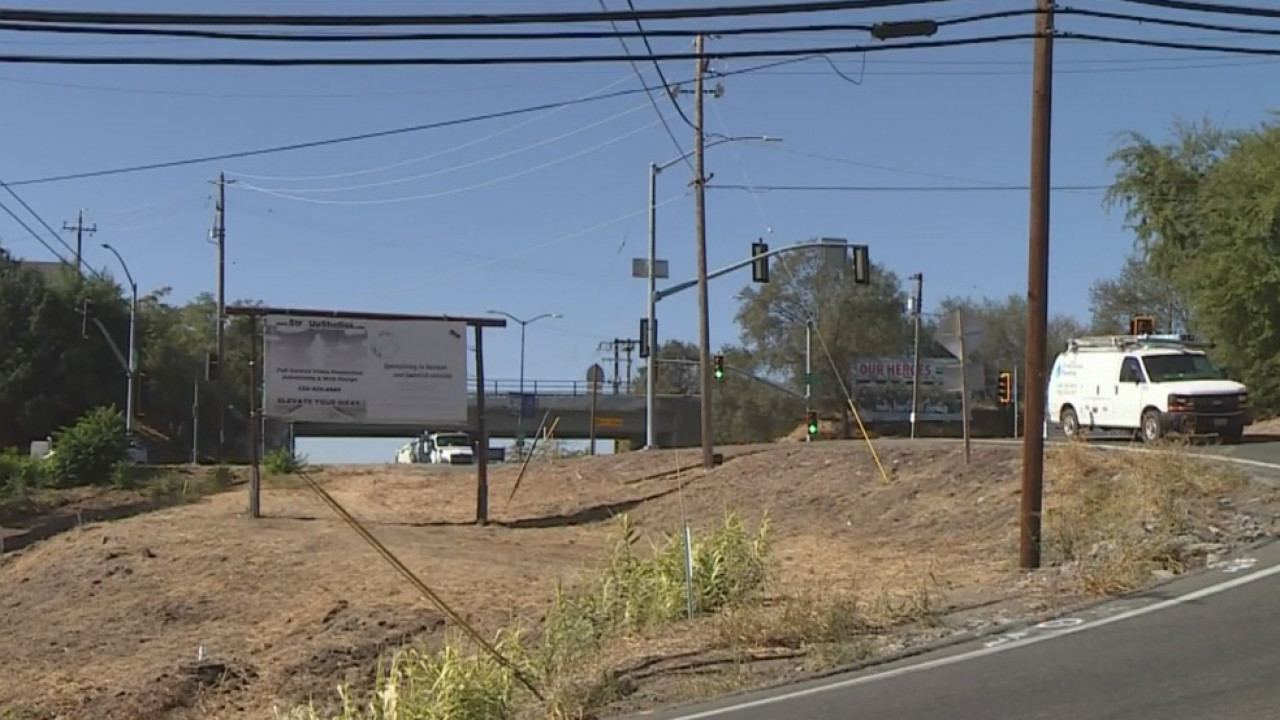 Caltrans is moving to acquire the land through eminent domain to build a roundabout along Highway 49 near Lincoln Way. But the couple says they were low-balled and offered only $19,000 for the land.

For quite a while, Kay and Shannon Woodland have been the owners of a spot of land at the corner of Lincoln Way and Borland Avenue in Auburn.

"Quite a while ago," Shannon Woodland said.

The couple said Caltrans came knocking, looking to buy their land about a year ago.

"They want to give us $19,000 for this lot. And, this will be the complete roundabout." Kay Woodland said.

A spokesperson from Caltrans sent CBS13 a statement regarding the plot of land and what it is looking to acquire it for.

Per Caltrans, "the approximately 18,000 square foot vacant property is necessary for the construction of the American Canyon Roundabout improvement project located within the City of Auburn on State Route 49, from 0.13 miles south of Lincoln Way and Borland Avenue to their intersection with SR-49. The project proposes to realign two reversing curves to increase curve radii and improve sight distance, and install a roundabout to improve traffic flow. Major construction work is estimated to begin in spring 2022."

But, the couple isn't too happy with the offer.

"I said why would I accept that when I make that in two years off that sign," Shannon Woodland said.

The Caltrans spokesperson says there's now eminent domain litigation for the Woodland's land after their refusal of Caltrans' offer.

The City of Auburn is now getting involved in the land dispute. Mayor Daniel Berlant says the family says their billboard is permitted. Adding that he is being told that Caltrans is saying the billboard was not permitted and the lost revenue from the billboard couldn't be included in the valuation of the land.

The city is looking into the Woodland's permit record and if the couple even needs a permit to have a billboard to help value the land.

"We have an elderly property owner and a resident of Auburn who are essentially losing their valuable land and potentially for reasons that I'm not sure we would all agree with," Berlant said. "I think the city and council needs to step up and push back on Caltrans and make sure that our voices are heard; whatever that voice may be."

All Caltrans could comment on the situation is that it will continue to work with the property owner's legal counsel and that it is committed to paying just compensation for acquiring the property.

And that's what this couple wants.

"We really don't care if we keep it. It's just, if they do buy it or if they offer us anything, I think should be a lot more than $19,000," Kay Woodland said. "We're not trying to stop anything as far as development in the town. But, it's just one of those things."

Although, Kay Woodland questioned why a roundabout was being built at this location. Auburn's mayor also told CBS13 that the city had its concerns with this Caltrans project outside of this property issue.

He said the city manager is reaching out to Caltrans to make sure their concerns are included in the project.