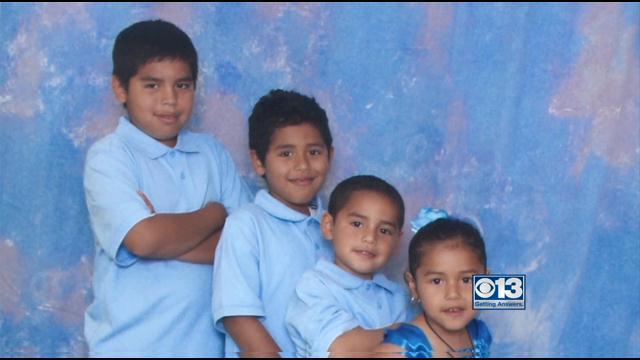 LODI (CBS13) — Two weeks after horrific crash killed six of his family members, a 9-year-old boy has been released from the hospital.

Eden Miranda, 9, suffered broken bones and a punctured kidney in the Oct. 22 six-car crash. Killed in the crash were Luis Miranda, his pregnant wife Viviana, and three of their four children.

Ryan Morales, 28, the man accused of causing the accident, has still not been charged, because he's in critical condition at the hospital.

According to court documents, his speedometer was stuck at 100 mph. In accidents, speedometers commonly stick at the speed the driver was traveling at.

The documents also revealed that Morales had a .2 blood-alcohol content, two and a half times the legal limit.

Police also suspect he was on the phone at the time of the accident and are currently searching his phone records.

According to court documents, Morales' relatives told officers he shared a bottle of alcohol 90 minutes before the crash. Investigators found several empty bottles in the trash near his trailer.